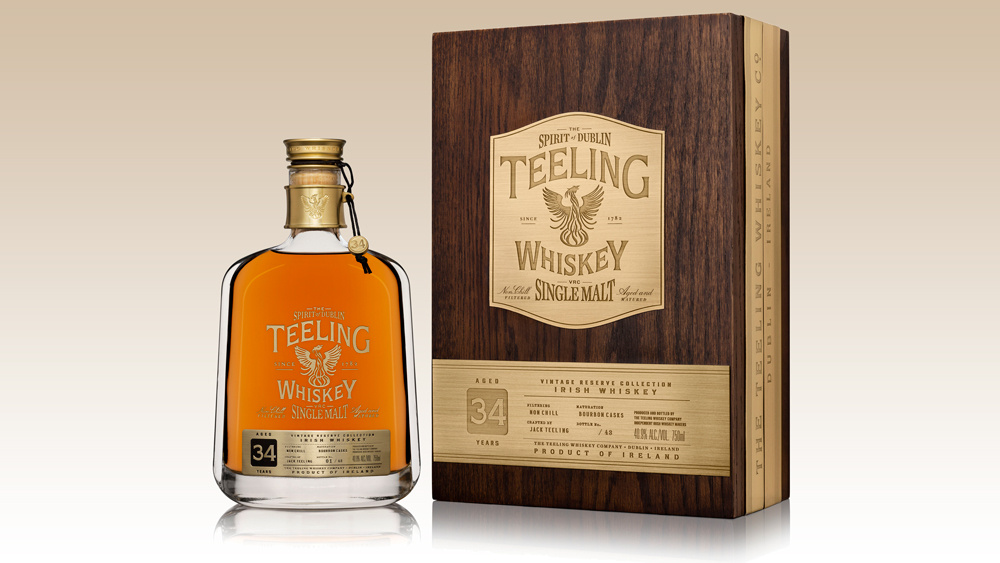 Irish whiskey is changing; it’s getting good again, and that’s something to get excited about. What was once the most popular whiskey in the world fell on decades of mediocrity as conglomerates purchased many of the smaller, family-owned distilleries and turned once-prized diversity into predictable product. But now we’re seeing a resurgence of that independent Irish spirit—figuratively and literally. New craft distillers are popping up around the Emerald Isle and making high-quality whiskey, and the Teeling brothers are leading the charge. Not only are they making whiskey new again in Dublin, but also, having taken notes on the practices of their U.K. neighbors, they are releasing some family-owned stock in a limited edition. Like other whiskies at this $5,000 price point, it should meet certain criteria—it should be old, rare, have a compelling backstory, and, of course, taste exceptional.

The Teeling Whiskey Company has checked all those boxes (and then some) with the release of a 34 Year Old Vintage Reserve Single Malt, one of the oldest Irish single malts ever put into bottle . . . make that 38 bottles. That’s all there is, and all of them will be made available exclusively in the U.S. beginning March 1.

The Teeling family’s history of making whiskey dates to 1782, when Walter Teeling opened a distillery on Marrowbone Lane in Dublin, down the street from the Guinness brewery. In 2012, his ancestors, brothers Jack and Stephen, started their own whiskey business. Three years later, theirs was the first new distillery to open in Dublin in over 125 years. Things went so well so fast that last year, industry giant Bacardi purchased a minority stake in the burgeoning company. This could be a risk, considering the recent history of Irish whiskey ownership, but hopefully it will give the brothers what they need to continue making quality single malts like this one along with their exceptional 24 Year Old, released in 2016.

The spirit chosen for the 34 Year Old Vintage Reserve Single Malt came from a single ex-American-oak bourbon barrel from the Teeling brothers’ private stash. It boasts a salmagundi of sweet scents—honey, vanilla, and lavender foremost among them. This is one of the “busier” old drams you’re likely to encounter; one sip, and you’re sure to be taken aback by just how much interesting stuff happens on the palate. There’s sandalwood, chamomile, allspice, tangerine, and toffee right up front, followed by a fleeting spiciness. There’s just enough oak to bear witness to the whiskey’s maturity but not so much to induce pucker face, which is also evident in the surprisingly pale-straw hue. The finish is long and decadent. The overall experience is a state of grace for any whiskey lover.