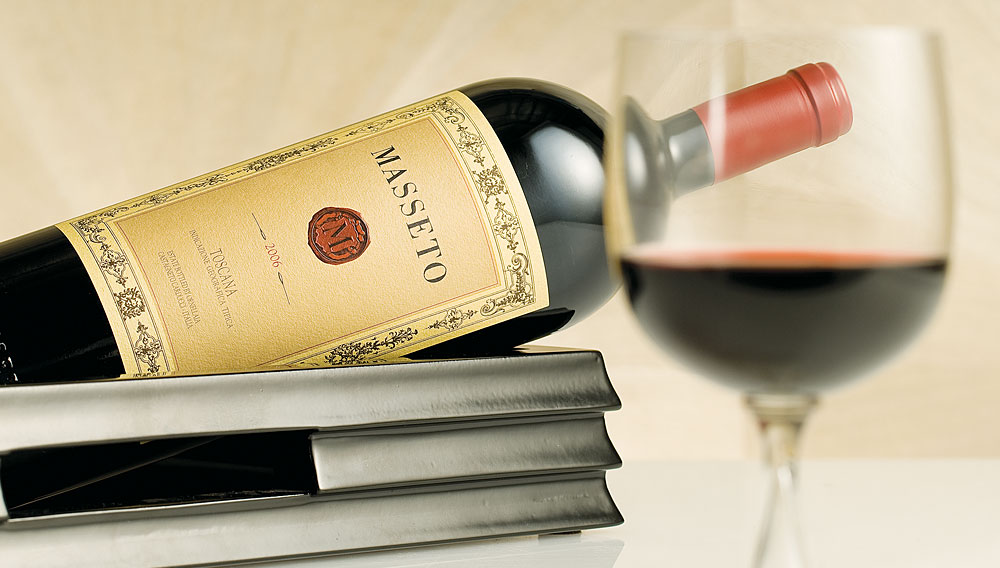 If the histories of the two Flor­entine families associated with Tenuta dell’Ornellaia are long and convoluted, the Tuscan estate’s own saga is convoluted but brief. Though the Frescobaldi and the Antinori both launched their winemaking enterprises in the 14th century, this celebrated property in Bolgheri on the Tuscan coast did not enter the annals of viticulture until the early 1980s, when Lodovico Antinori decided to acquire it, inspired by the fact that his uncle, Marchese Mario Incisa della Rochetta, had begun producing a remarkable Bordeaux-style wine called Sassicaia on the neighboring property, Tenuta San Guido, in the 1960s. Antinori was impressed by his uncle’s experiments in making Italian wine with French grapes and determined to try his own hand at this novel oenological genre known as the Super Tuscan. Working with André Tchel­istcheff, the Russian-born winemaker largely responsible for shaping the style of Napa Valley Cabernet Sauvi­gnon, Antinori planted and cultivated his vineyards to exacting standards. The first fruit of this collaboration, the 1985 Tenuta dell’­Ornellaia Ornellaia, exhibited a profound structure and a delicate layering of flavors that recalled the complexity of the best Bordeaux.

Collectors and critics embraced this classic blend, but Ornellaia was nearly overshadowed by the arrival of its sibling, released a year later. Made from 100 percent Merlot grown on the 2.5-acre Masseto Vineyard, this Pomerol-style beauty possesses an extraordinarily seductive personality unique to this particular plot of land and characterized by deep aromas, powerful structure, and a silky texture that enrobes the palate. In adding to his portfolio this small-production wine with the potential to rival Château Pétrus, Antinori placed his project well on the path to glory.

Observers were therefore surprised when, in 2002, Antinori sold Tenuta dell’Ornellaia to the Mondavi family of Napa Valley, whom he had taken in as partners in 1999. Antinori would later have cause to regret this lucrative deal: The Mondavis sold a 50 percent stake in the business to the Frescobaldi family, who purchased the Mondavis’ remaining interest when Robert Mondavi Corp. was acquired by Constellation Brands in 2005. That same year, oenologist Axel Heinz joined Tenuta dell’Ornellaia, and under his tutelage, the winemaking has flourished. The success of his endeavors is particularly evident in the 2006 vintage, which, in Tuscany, was superb by any measure. No wine reflects this quality as memorably as the 2006 Masseto ($435), whose massive structure is coated with fresh essences of black cherry, mocha, licorice, and sweet oak. The wine’s freshness—astonishing considering its power—derives from its bright acidity, and its beautiful balance tempts one for a mischievous moment to proclaim Pétrus the Masseto of France.