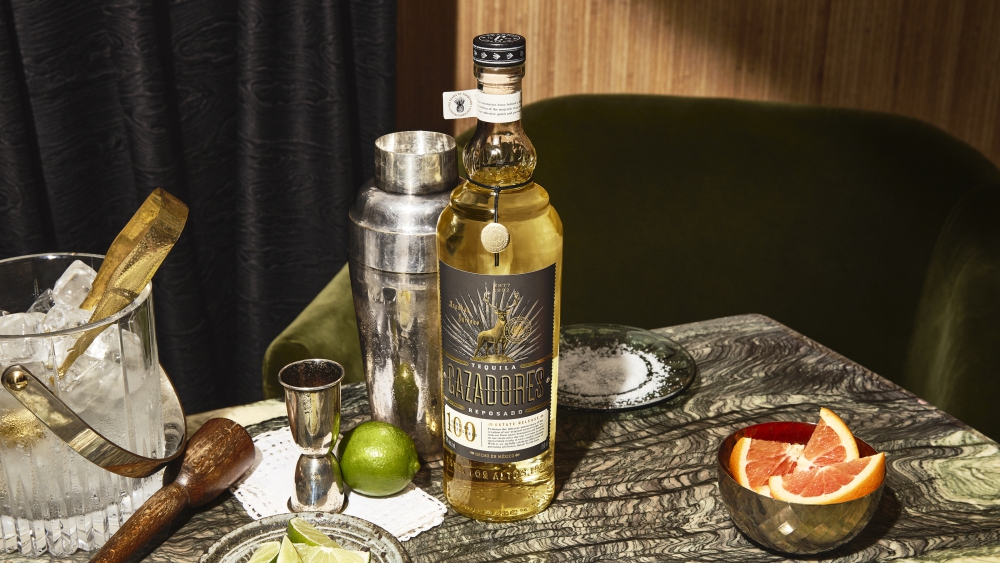 Tequila Cazadores is leaning into terroir and hoping you can taste the difference with reposado made entirely from agave the company has grown.

The company is the latest brand to launch an estate release, meaning the tequila is made entirely from agave grown on the distillery’s property in Los Altos de Jalisco. Cazadores, part of the Bacardi Limited portfolio, launched this new release to celebrate a century passing since the brand came up with its reposado recipe (for those interested in production it should be noted that Cazadores now uses a diffuser to extract sugar from the agave instead of more traditional methods). This is a limited-edition bottle that was made, as mentioned before, solely using agave grown on the estate. It was then aged in a combination of used American oak and new French oak barrels for up to a year (beyond that it would be classified as añejo).

“This unique first-ever estate release from the brand will serve as a time capsule of this centennial anniversary for years to come,” said Tequila Cazadores brand director Jay Needham in a statement. “We are so excited to share this extra special blend of agave from the Cazadores property with tequila enthusiasts.” The liquid is a gold color, and official tasting notes highlight citrus and vanilla flavors along with fruity and spicy notes.

As mentioned at the top, other tequila brands have tried their hand with estate releases. Patron has its own made from agave grown on the grounds surrounding its hacienda, and Codigo 1530 recently launched its new high-end Estate Harvest Still Strength Blanco. Then there are brands like Tequila Ocho, which is entirely focused on single estate expressions that can be traced back to the specific fields in which the agave was grown. Tequila Cazadores 100 Year Estate Release is priced a bit lower than these at $39.99 per bottle, and will be available nationwide in the coming weeks. Compare this with a regular bottle of Cazadores Reposado and see if you can tell the difference.