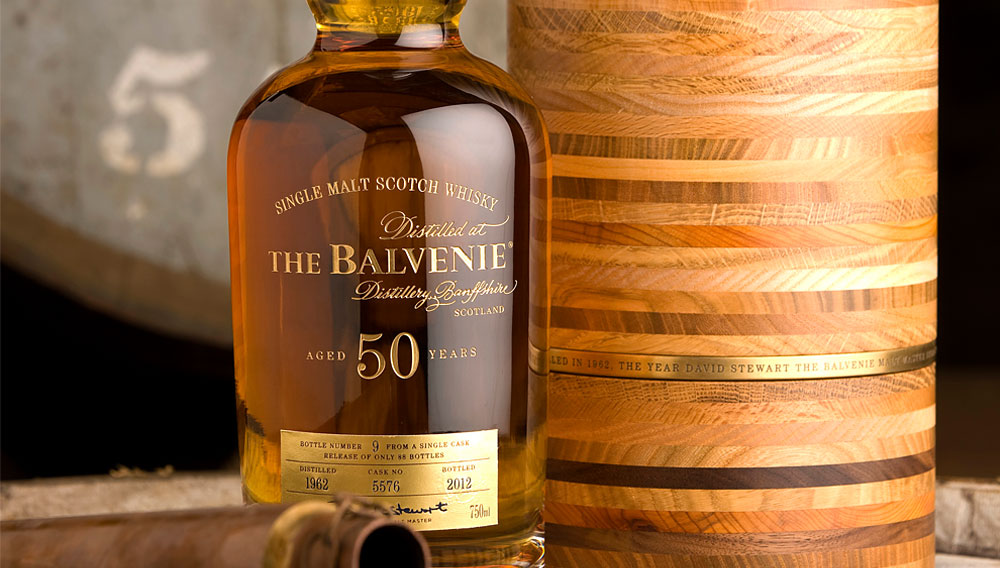 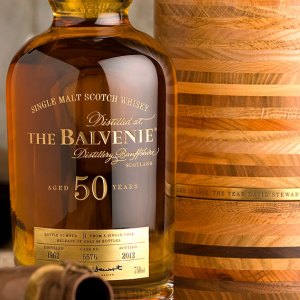 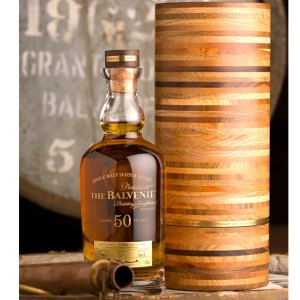 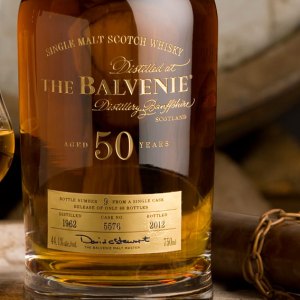 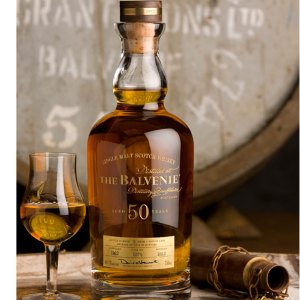 Little has changed since William Grant & Sons, now one of Scotland’s few remaining family-owned distillers, built The Balvenie distillery in 1892. The Balvenie still performs every aspect of its whisky making on-site, from barley growing to bottling. It even has its own cooperage to ensure the quality of its barrels.

And yet, two remarkable things occurred at the distillery in 1962. First, in June, Hamish Robertson, the master blender at the time, selected a very special barrel—cask number 5576, a large hogshead made of European oak—and filled it with new-made distillate. Then, in September of that same year, Robertson hired a promising young apprentice named David Stewart. Ten years later Stewart became The Balvenie’s master blender, a position he still holds today, making him the longest-reigning master blender in the history of Scotch whisky. And throughout his tenure, he and that original hogshead of whisky have been maturing to perfection. Finally, in 2012—in conjunction with his 50th year with The Balvenie—Stewart deemed this 50-year-old whisky ready for bottling.

Today, both the whisky and the man celebrate their golden anniversary at The Balvenie with the launch of The Balvenie Fifty ($30,000). Due to evaporation (known as the angel’s share), after a half century of aging there is only enough of this rare single malt to fill 88 bottles. Of these, 10 have been allocated for the United States. Each bottle has been affixed with a commemorative brass plaque and is housed in a bespoke canister fashioned from eight different varieties of Scottish wood.

Befitting a whisky celebrating the master blender’s golden anniversary, The Balvenie Fifty is a rich golden bronze in color. At 88.2 proof, it is, in Stewart’s words, “not overly oaky, although there is some oak there. But it has a nice floral aroma, and when you nose it you get a citrus, sort of an orangey-lemon note. Balvenie is always noted for being a honeyed whisky, so you also get honey, a little bit of vanilla, and spices like cinnamon and nutmeg.”

Indeed, The Balvenie Fifty is both gentle and refined, just like the soft-spoken master distiller himself. (www.thebalvenie.com)