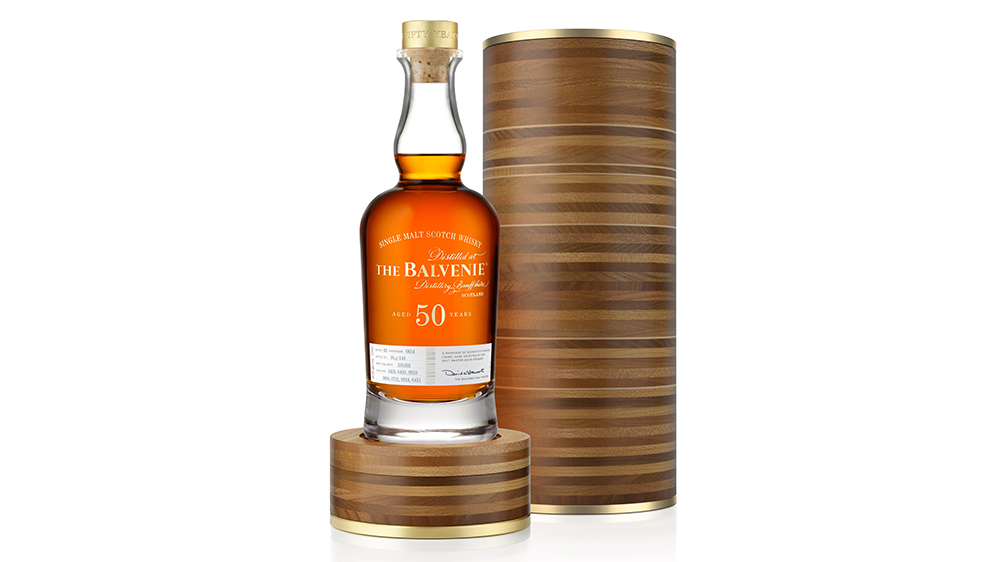 Third time’s the charm for the Balvenie. The storied Scottish distillery has just released the third and final whisky in its acclaimed Fifty series, and the ultra-rare tipple is priced at more than $40,000 a pop.

The limited-edition single malt scotch, known as Marriage 0614, was half a century in the making and a true collector’s dream. David Stewart, the Balvenie’s master blender, incorporated some of the most precious aged stocks in the Dufftown distillery to give the release an extra level of depth and intensity.

Stewart, who is also the longest-reigning malt master in the history of Scotch whisky, meticulously selected the American and European oak casks to create the blend with only whisky aged 50 years or more being included in the bottling. Five casks used in Marriage 0197, released in 2019, were used, along with two new casks that Stewart says add “a new dimension to the liquid.”

Bottled at 46 percent, the final expression is said to be “rich and deep on the nose” with notes of dark spices and fruit cake. The whisky has sweet aromas of dried fruit throughout and a hot ginger finish. Hints of bitter chocolate, meanwhile, are balanced by a maple syrup sweetness and oak tannins. The tipple promises a nice viscosity and is designed to be rich and lush on the palate.

“These innovations in marrying the liquid, and the unexpected twists of whisky maturation, continue to present us with new challenges and opportunities to create unique and precious Balvenie expressions,” Stewart said in a press release.

To top it off, the decanters for Marriage 0197 have been hand-blown from 100 percent lead-free crystal by Glasstorm and presented in a handsome wooden canister that was expertly handcrafted by Scottish craftsman Sam Chinnery. The whisky also comes with a gold-plated certificate and bottle glorifier inscribed with the tasting notes of the final marriage.

The Balvenie Fifty: Marriage 0614, which follows fellow 50-year-olds the Marriage 0197 released in 2019 and Marriage 0962 released in 2018, is a fitting end to the rich and complex series. The rare drop is limited to 148 bottles globally and will launch this month with a recommended retail price of $40,499.