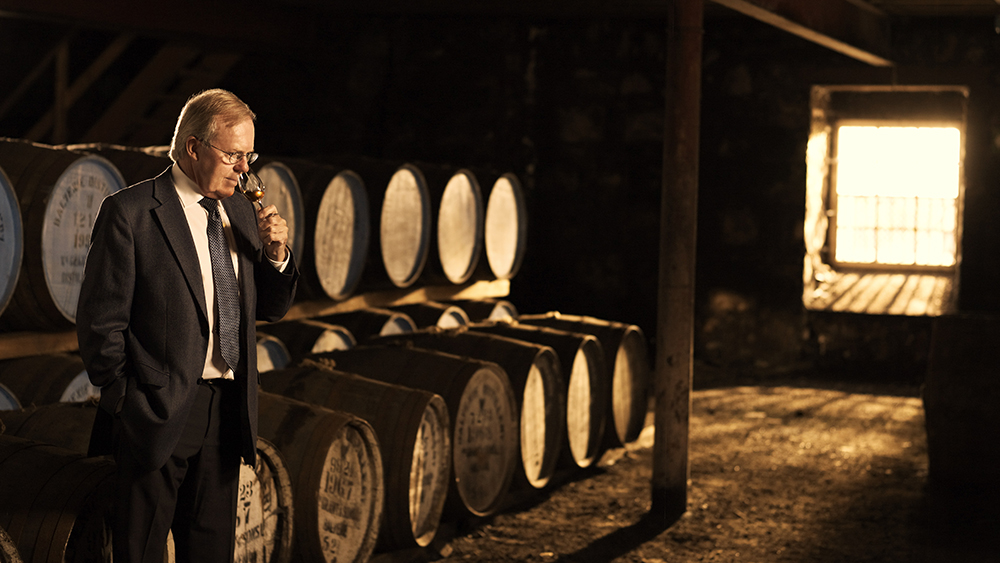 Courtesy of The Balvenie

David Stewart is one of just about a dozen master distillers in Scotland creating the majority of scotch that will be consumed by the rest of the world. His newest release, the Balvenie DCS Compendium Chapter Five: Malt Master’s Indulgence, is the oldest whisky ever released by the brand. Its golden-amber liquid was put into an Oloroso sherry hogshead 56 years ago, commemorating Stewart’s first year at the distillery, in 1962. Fragrant and sweet with honeyed marmalade, brown sugar and toffee, it still has a spicy nose and finish. Only 50 sets will be available, at $80,000 each. Stewart remains the guy every young distiller aspires to emulate: a craftsman whose experiments are so long-lived they’ve made the leap from innovations to icons. Fifty-seven years in, he still treats that role with care, saying, “Being in charge of the bottle that people are drinking is an honor.”

My favorite is the 21-years-old PortWood. I just love the fruity and sweet winey notes that the finish in Old Tawney Port adds to this expression. It’s an ideal scotch to finish a meal: It goes with most desserts and is perfect for a cheese course.

How has your thinking about scotch evolved over time?

When I started it was all about blended whisky. Glenfiddich was the only single malt available in early 1970s, and now single malts are at the forefront. It was a challenge building a blend. You had to work with different ages and casks but still keep blends consistent. You needed to know 25 different malts and substitute malts from all around for blending purposes. It was more involved.

Only five or six of us [Scotch whisky producers] still have our own malting floor at this point. I’m keen to keep that. It may make up only 25 percent of our total malt, but it shows what whisky is made of. You see it more clearly than when it’s just in a big mash tun, but there isn’t a big difference in the impact of the flavor. It does allow us to experiment with peat, however.

Courtesy of The Balvenie

Who is the next “you” in the industry?

I’m proud to say I’ve mentored Brian Kinsman, who is our current master blender at William Grant & Sons [the Balvenie’s parent company]. He looks to push the boundaries, experiment and try things from a different angle. I’m also very confident that I have selected the next Balvenie malt master in Kelsey McKechnie, and she will also go on to great things.

Does the release of the final chapter in the DCS Compendium signal an exit for you?

There are no plans for retirement. This last chapter of the DCS Compendium is a celebration of my contribution to the Balvenie, which spans over 50 years. I will continue on as malt master, and I’m thrilled to be working with Kelsey. She is now responsible for producing fantastic whiskies of her own. We have a number of new releases in the planning stage over the next couple of years, so I need to be around to work with her on these. Some are finishes, and others are going to be surprises for our Balvenie whisky drinkers.