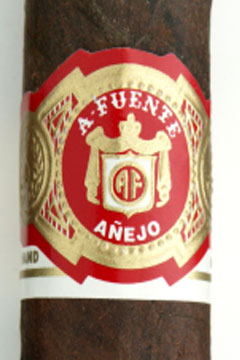 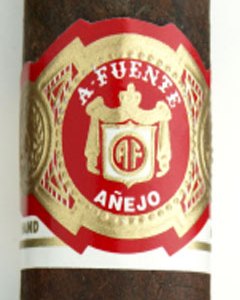 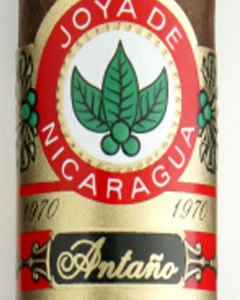 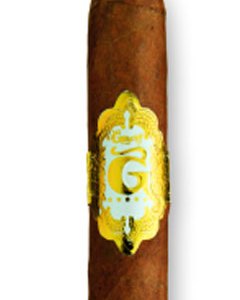 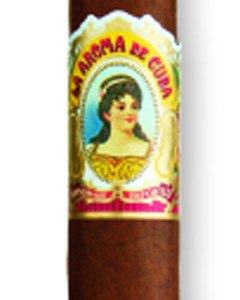 Astute readers may be experiencing déjà vu, recognizing that we honored the Padrón 1926 series in last year’s Best of the Best issue. Our selection was based on early production samples, which were exceptional. Padrón, however, had higher expectations and decided to allow the 1926 to age for another year. Now it has become a mellower, more refined, and better cigar.

The 1926 line pays homage to the clan’s patriarch, José Orlando Padrón. Each shape is named after a number in Don José’s birth year: the No. 1 double corona (54 x 63/4), the No. 9 toro (56 x 51/4), the No. 2 figurado belicoso (52 x 51/2), and the No. 6 robusto (50 x 43/4). All of the tobacco was grown in direct sunlight and aged a minimum of five years—now six years. Sun-grown tobacco can have a sharp taste, but the longer the aging time, the more subdued the flavor becomes. The filler tobaccos were selected from five different farms in Nicaragua, which has added complexity to the taste. The maduro version offers an undercurrent of sweetness because more starches have been converted into sugars during a longer fermentation.

Despite the delay in availability, the 1926 stock remains extremely limited; only 20,000 cigars have been released since August. Padrón promises to produce 150,000 a year, but to date, no tobacconist has received more than two boxes at a time.

Normally, cigars are either box-pressed or round, but the Añejo Extra Viejo #77 from Arturo Fuente is both. This maduro masterpiece begins as a curved perfecto, but underneath the band, the round, narrow body metamorphoses into a box-pressed cigar. It is an unclassified shape that only one Fuente roller is skillful enough to make, and her daily output is just 75 cigars. The limited production dictates that the cigar is released only twice a year.

The Añejo Extra Viejo is an unexpected result of Hurricane Georges, which ravaged the Caribbean and Central America in 1998 and destroyed the tobacco for Fuente’s OpusX wrapper. OpusX filler and binder were salvaged and used as the basis of a new cigar. While new wrapper leaf was planted and harvested, Carlos Fuente Jr. combined the OpusX filler and binder with a dark, oily Connecticut broadleaf maduro wrapper. Fuente aged the wrapper in cognac barrels, allowing the brandy to permeate the leaf and produce a bittersweet, nutlike flavor and deliciously long finish. Six other Añejo Extra Viejo shapes are available, but the round-to-square #77 is the most coveted.

Nicaraguan cigars have long been compared to Havanas because the soil of the Jalapa and Estelí valleys is similar to Cuba’s Vuelta Abajo. Indeed, the Cuban expatriates who created Joya de Nicaragua in 1965 produced some of the finest cigars in the world. The company, however, faltered during several years of social unrest, war, and the enduring effects of the embargo.

Since reorganizing in 1999, Joya has been striving to reclaim its pre-1980 reputation for quality. Its latest offering is the Joya de Nicaragua Antaño 1970, named for one of the cigar maker’s peak years. This puro is a big, bold smoke meant for the seasoned aficionados who will savor its rich, meaty spiciness.

Enrico Garzaroli, founder of Graycliff Cigar Co., identified the trend toward fuller, richer cigars when he introduced the original , but that smoke was considered too full and rich. The current blend is a subdued version of the original, though still a hearty smoke. The tobaccos are primed, or harvested, from the topmost ligero and seco, which possess the strongest flavors because they are left on the plant the longest. Aging the tobacco for at least five years adds even more vigor.

The Crystal consists of a sun-grown Ecuadoran wrapper, Indonesian binder, and a blend of Nicaraguan, Honduran, and Brazilian filler tobaccos. A small amount of mild Grecian leaf filler assists in toning down the taste.

Even occasional smokers will enjoy the medium strength and peppery spice of Ashton’s La Aroma de Cuba, from the Cuban brand recently resurrected in Honduras. The Honduran wrapper and binder tobaccos are grown from Cuban seed; the filler is from Honduras and Nicaragua. This cigar, which is available

in eight shapes ranging in ring gauge from 44 to 54 and in length from 5 to 71/2 inches, is like the wine that goes with everything: If you have only one cigar to take for an evening out, this is it.

When Stanford Newman, then president of the J.C. Newman Cigar Co., introduced the Diamond Crown in 1995, his goal was to create the best cigar his family-owned company had produced in its 100-year existence. The subsequent success of the cigar led to demand so great that buyers were limited to purchasing only two at a time.

Now, J.C. Newman’s Diamond Crown Maximus (available in five shapes) is poised to surpass its predecessor. Instead of Connecticut shade wrapper, the Maximus features an Ecuadoran sun-grown wrapper from the El Bajo region. The leaves are taken from the upper corona portion of the plant, which adds to the strength of its taste.

The filler and binder consist of a heartier blend of Dominican tobacco, and the smaller ring size of the Maximus—50 as opposed to the original Diamond Crown’s 54—allows a more concentrated stream of flavor with each puff. The Maximus is aged for six months.

The taste lies somewhere between a cappuccino and a double espresso—neither delicate and subdued nor intense and powerful. If you favor either extreme, this is not the cigar for you. But the embossed band’s ornate beauty could persuade you to at least give the Diamond Crown Maximus an audition.