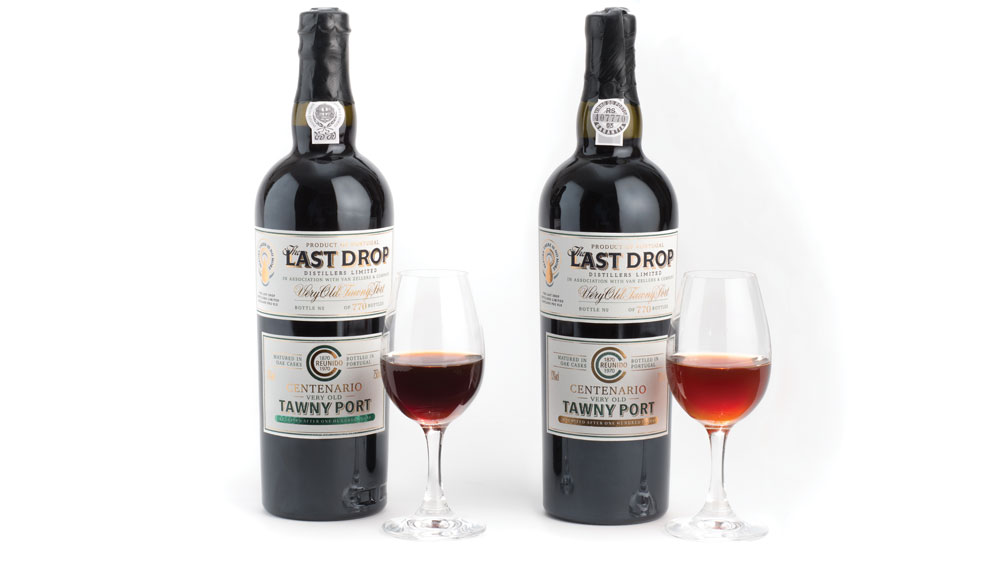 Over the course of their long careers, James Espey and Tom Jago were responsible for launching, among other things, Baileys Irish cream and Johnnie Walker Blue Label. After decades of shaping the future of the spirits industry, in 2008 they set their sights on its past with the launch of the Last Drop Distillers. The London-based company (now run by their daughters) scours top distilleries across the globe in search of overlooked barrels containing some of the world’s oldest and rarest elixirs. By their very nature, these hidden treasures are scarce, so new offerings appear at highly irregular intervals. And while every new selection is cause for celebration (there have been only 10 so far), this time around is doubly special: The spirits sleuths are not only releasing fortified wine for the first time—they are releasing two, sold as a set.

The Last Drop discovered the two Old Colheita tawny ports through winemaker Cristiano van Zeller, a descendant of one of the oldest families in the port business, who procured and blended them. The wines originate from an estate owned by the Vasques Osório family, who’ve been associates of the van Zellers for generations. The quintas (vineyards) that produced the grapes are clustered in a 1.2-mile radius on the Baixo Corgo (South Bank) region of the Douro. One went into wood in 1970, making it almost 50 years old, and the other was barreled in 1870. Together, they mark a century of the region’s legendary winemaking.

With nearly 150 years of aging, the 1870 Old Colheita has an inky, hyperconcentrated color, deep layers of flavor, and a near-endless finish. While 100 years its junior, the 1970 Old Colheita is nevertheless remarkable, boasting subtlety and balance while retaining a palpable freshness. Port with this pedigree is far from plentiful. Only 770 sets of the Centenario Port Duo will be made available worldwide, and of those, fewer than 200 will make it to U.S. retailers, priced north of $5,000 for a set of two 750 mL ports and two custom 50 mL miniature versions, so that collectors may both taste and tuck away.