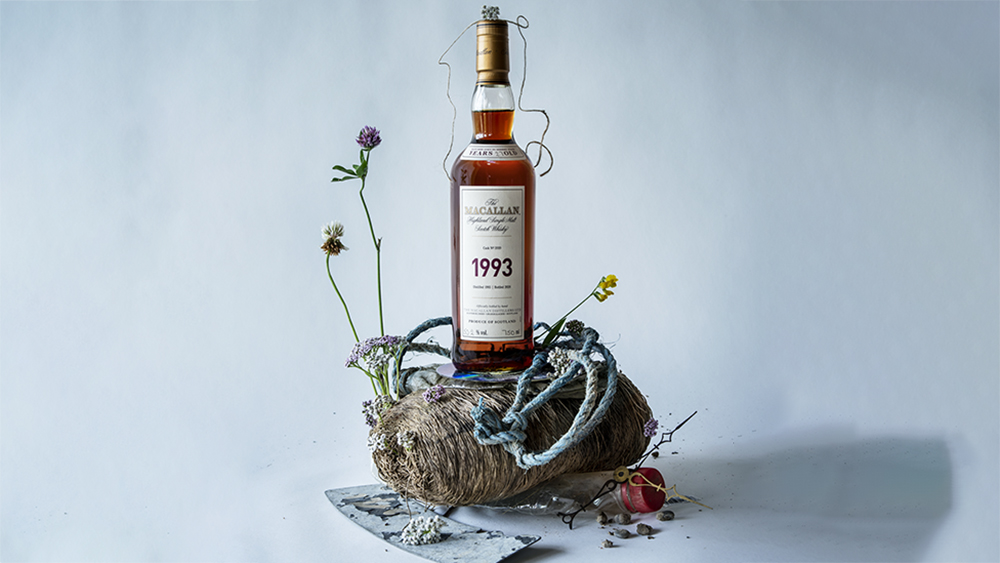 The Macallan is going full ‘90s with its latest expression. The award-winning Speyside distillery has unveiled a new single malt born in the decade most associated with grunge music and dial-up internet.

The new 1993 Edition represents the 57th bottling in the coveted Fine & Rare collection, which stretches all the way back to 1926. The scotch matured in a single sherry-seasoned American oak hogshead cask for some 27 years and is finally ready for collectors—if you’re willing to part with $18,000, that is.

As to be expected, the 100-proof spirit is not short on flavor. It has a nose of vanilla fudge, citrus, red cherry, plum and peach, according to The Macallan. Additional aromas include notes of cinnamon, ginger and salted popcorn. The palate, meanwhile, offers sweet oak and rich dark chocolate.

With only 256 bottles available, the 1993 Edition joins an impressive family of predominantly single cask whiskies. Running from 1926 to 1993, the Fine & Rare Collection offers some of the world’s most valuable and collectible single malts.

“With 57 vintages released over eight decades, the iconic Fine & Rare Collection is a culmination of the work by many men and women dating back to the early 20th century,” David Cox, former director of The Macallan Fine & Rare, said in a statement.

To mark this release, The Macallan enlisted noted fashion photographer Tim Walker to capture the new expression in all its ‘90s glory. Walker, whose work has appeared in many venerable publications, journeyed to The Macallan estate on the banks of Scotland’s River to shoot the single malt. The results are aptly moody.

“The portrait is a love letter to the 1990s, which witnessed the coming of the Internet and the advent of the environmental movement, as well as to Speyside and the Highlands, and hints at the passage of time,” The Macallan writes.

The Macallan Fine & Rare 1993 Edition is now available globally for $18,000. Interested imbibers and collectors can email Inquiries.us@themacallan.com to secure a bottle.