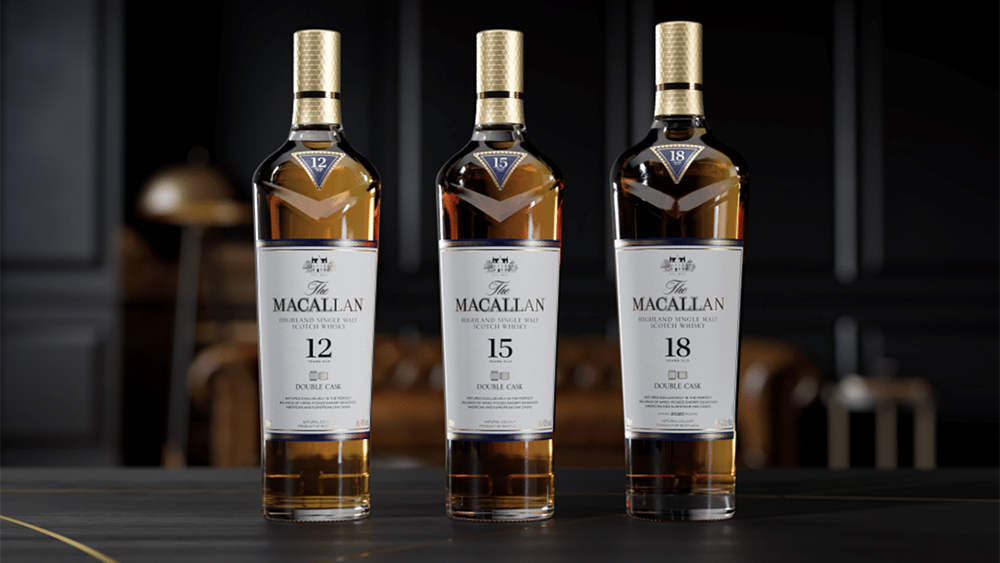 It’s a good week to be a Scotch drinker in America. Not only are we on the precipice of a long-weekend in which you’ll have more time that usual to nurse a tumbler of your favorite spirit, but The Macallan has just announced the launch of two new single-malt whiskies.

The Scottish distillery is adding two expressions to its Double Cask line of single-malt whiskies, according to a press release. The brand says that the new variations, Double Cask 15 Years Old and Double Cask 18 Years Old, mark a completion of the popular liquor range.

First introduced in 2016, the Double Cask series of single-malt whiskies, which also features the Double Cask 12 Years Old, attempts to bring Scottish and American distilling techniques together. The liquor is aged in both American and European oak casks, which have been seasoned with sherry. Time in both casks helps create a  balanced single-malt Scotch that’s warm and punctuated by a soft sweetness.

The first of the new whiskies, the Double Cask 15 Years Old, has a golden butterscotch color and an aroma that features a fruity aroma that has hints of toffee, vanilla, honey, chocolate and oak. Its older sibling, the Double Cask 18 Years Old, has an amber honey tint and smells of dried fruits, ginger, toffee and has a hint of clove. Both single-malt whiskies clock in at 86 proof.

“Bringing together American and European oak sherry seasoned casks to achieve the perfect balance of flavors is incredibly exciting for the Whisky Mastery Team, and we are proud to offer two new expressions to this distinctive range for The Macallan Double Cask fans to explore,” the distillery’s Master Whisky Maker Kirsteen Campbell said in a statement. “Oak influence is the single greatest contributor to the quality, natural color and distinctive aromas and flavors at the heart of The Macallan’s single-malts.”