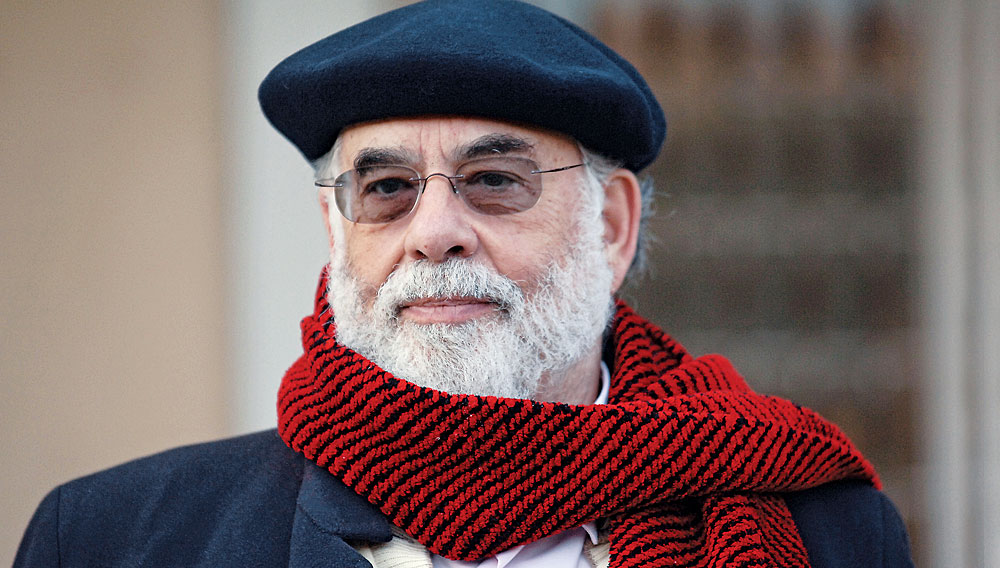 In 1975—the same year his movie The Godfather: Part II won six Oscars at the Academy Awards—Francis Ford Coppola purchased a portion of the historic Inglenook Estate winery in Napa Valley, Calif. Today the 71-year-old filmmaker is nearly as well known for the wines he produces as for the movies he makes. Coppola is also the proprietor of restaurants in Napa and San Francisco, resorts in Guatemala and Belize, and boutique hotels in Buenos Aires and New Orleans. In 2006, he added the Chateau Souverain winery in Geyserville, Calif., to his portfolio, and he renamed his Napa property (he had acquired the remainder of Inglenook in 1995) Rubicon Estate. Robb Report caught up with Coppola at Rubicon in May, during an event promoting the digital movie projectors from Italian manufacturer SIM2 Multimedia. —Bailey S. Barnard

What are your plans for Chateau Souverain?

It’s the new Francis Ford Coppola Winery. It will be done in [July] and will be nothing like what Chateau Souverain looked like. It’s like nothing that’s ever existed before—either in Napa Valley or anywhere in Europe—because it’s, of course, a winery, but there are also restaurants, an outdoor pavilion theater, and swimming pools with cabines that people can spend all day in. It’s like a resort that you don’t live at. No guest rooms, but lots of things to do.

How much of your personal taste goes into your wineries, hotels, and restaurants?

I really get involved. If it’s a restaurant, it means every dish that’s served is something that I like or made them do. It’s not like I just use my name. A movie director is a person who makes thousands of decisions a day, and that can also work in every aspect of these kinds of ventures.

What are your interests outside of your films and business ventures?

In my life, I find that whatever I’ve had as a hobby seems to naturally, on its own, turn into a business. I read a lot and have a beautiful library here with a collection of rare books, but I must say that, in addition to conventional books, I love the new technology that lets you read on the Kindle or on the iPad. I think people make a big mistake about technology. They think because there’s some new way to read books that you’re not going to read them in any other form. My attitude is, history proves that whenever there was an innovation, it didn’t necessarily replace the old way. I’m of that persuasion. I read a lot, but I might be reading a real book or I might be reading a Kindle. So I kind of believe regarding all these things that, just because something new comes out, you don’t have to give up the old things. I have a big library with conventional books, and I find that, with the new means, I’m reading more now than I used to.

What particularly rare title might we come across in your library?

If you look in my library, you’ll see the 1855 edition of [Walt Whitman’s] Leaves of Grass, which is one of the most rare American books.

Do you go to the movies?

I still go to the theater to see a movie with an audience, but I have a number of situations here where I can see films with beautiful sound and a big screen with one of [the SIM2] digital projectors, which we wanted for our work because now pretty much all movies are edited electronically. People used to laugh at me when I would say we’re going to make films electronically. I even made a prediction at the Oscars 30 years ago about how the industry was going to be changed by digital electronics, and, of course, everything I said that crazy night all came true.