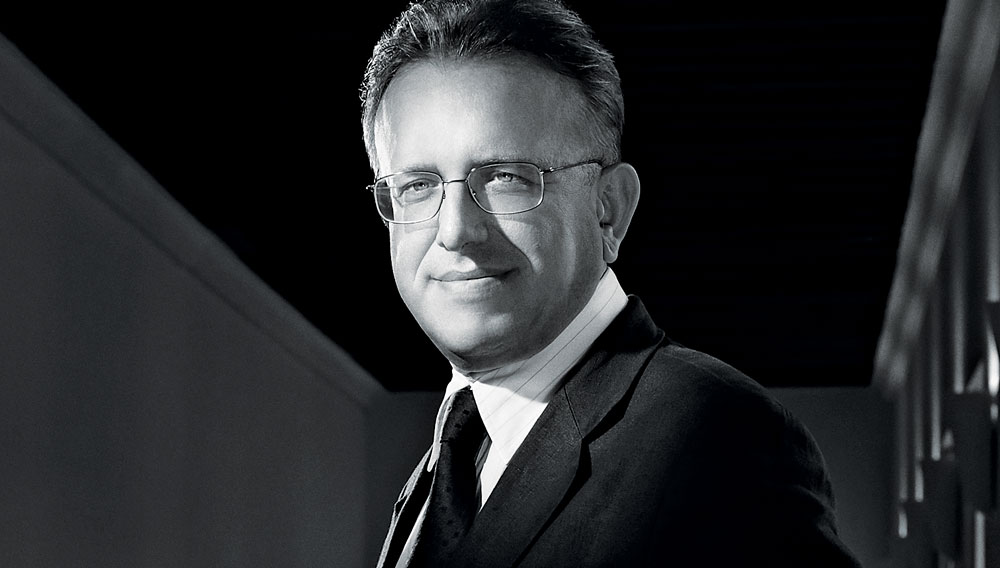 In the cellar and in his life, Richard Geoffroy manages to blend contrasts and contradictions into graceful unities. Born in Champagne’s Côte des Blancs region to a family whose members had been vintners for many generations, he chose to pursue a career in medicine rather than in viticulture. After earning his degree, he made the characteristically unexpected decision to enroll in the École Nationale d’Œnologie in Reims. After working as a technical adviser to Domaine Chandon in the Napa Valley, he returned to France and to the cellars of Dom Pérignon, where he has been chef de cave since 1990. When he is not making wine, Geoffroy travels the globe, collaborating with artists such as the director David Lynch, who crafted the marketing campaign for the 2003 vintage, and creating unique experiences around the Dom Pérignon brand, such as a recent performance in New York featuring the pianist Lang Lang and the musician John Legend.

What sets the connoisseur and the consumer apart?

What are your personal passions?

My passion is about connecting with people. I am a car guy, but there is an element of selfishness in cars. Before you share, before you rally with cars, it’s initially a very selfish thing. Yet wine without sharing is nothing; that is the essence of wine. So I am most passionate about people. Nothing in the way of material goods could take the place of the need to connect with others.

You know what, I am not a collector. I don’t collect anything. I’m not even collecting wine. I have a fantastic 18th-century vaulted cellar, but I am unable to fill it, because I drink as I buy. The only things I am collecting are memories—the memories of my experiences.

What memories have you collected most recently?

Traveling is one of my duties, and when I am on vacation, I don’t slow down. My three teenage boys and I travel together, and I am freer, more available, and more open to discoveries through my sons. We spent three weeks in China and, last year, three weeks in north Vietnam. A few years ago, we spent one month in Australia with Aborigines in a tent camp.

Do you have a favorite destination?

I have to confess that I am really fascinated by Asia. I am on a quest for harmony, and I sense that in Asia, though it comes from within and is very personal. We traveled to Beijing, Xi’an, Pingyao, the Yellow Mountains, and Shang­hai, among other places. And then in Vietnam we were in Hanoi and Ha Long Bay. I am still working on next year.

What trends do you see in the realm of fine cuisine?

The trend now should be about discovering, or rediscovering, the concept of simplicity. In recent years, the [culinary world] has been all about being overly complicated. Since the 1980s, it seems too many people in the world of food and wine have been trying too hard. I prefer dishes that are streamlined, essential—which is a challenge, because it is so easy to make things complicated. Yesterday, at Nomad in New York, I had a roast chicken that was the best I ever tasted. Voilà: simplicity.

For me, living well is about being in harmony, with my family, with my friends, with the planet. It’s what I am aiming at.