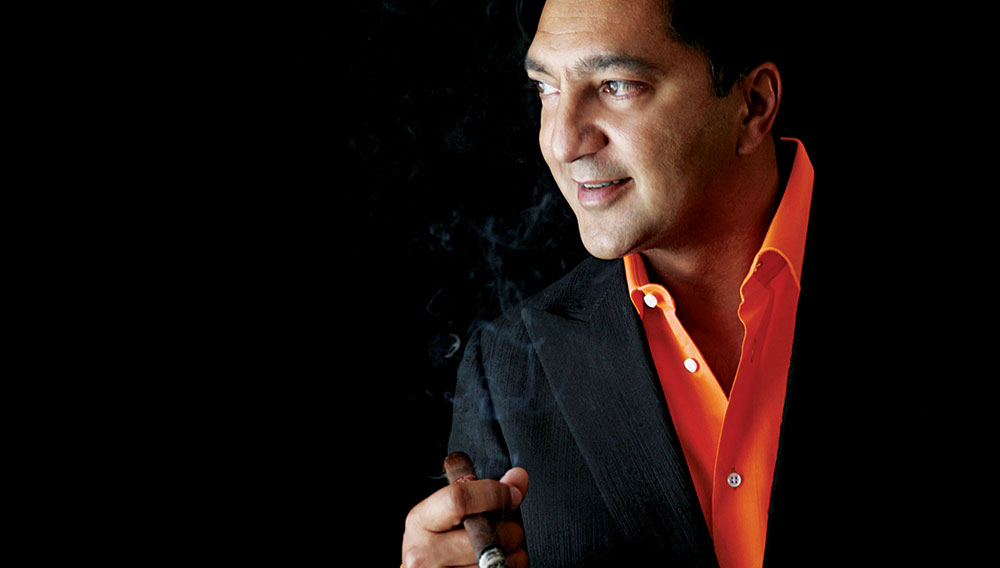 Unlike many of his competitors, Rocky Patel and his namesake cigar company do not have a centuries-deep tradition in tobacco. In fact, Patel had never even smoked a cigar until about 20 years ago, when the then–Beverly Hills attorney received an offer he couldn’t refuse. “India Allen, 1988 Playboy Playmate of the Year, handed me my first cigar,” he recalls fondly. “She was a good friend who I happened to be dating at the time.” Since then, Patel’s love affair with tobacco has inspired him to build one of the most celebrated cigar brands in the industry. He attributes much of his success to his company’s emphasis on innovative blends and unique packaging. “Everyone in the industry was making the exact same cigars they were making for the past five, 10, 15, or 20 years,” he says. “It was like a generational thing; they just did the same thing over and over. I’m always working to create the blends that really make people say ‘wow.’” –Paul Meyers

What are you working on now?

We’re coming out with our 15th-anniversary cigar in 2010, which is absolutely off the charts. I happen to be smoking one right now. It’s much different than the Decade, my personal favorite. It’s spicier with more pepper notes, and it’s richer with more caramel flavor, so it also has more body. We’re also looking to build this into a lifestyle company. We have a full clothing line that is coming out in March, and I’m working on a cologne and a spirit of some kind. Our first cigar lounge is scheduled to open around February in Naples, Florida. It’s called Burn, and it will have Havana-style decor with recessed walls and modern fixtures. We plan on opening several more, in Las Vegas, Washington, D.C., and other big cigar cities.

Do you travel a lot for work?

I haven’t stopped traveling since August, when I went to the Concours d’Elegance in Pebble Beach. I’ve been to Los Angeles, New York City, Chicago, Atlanta, and Texas, and I just got back from Honduras and Nicaragua. Everything was for business. Even my downtime in Pebble Beach was for business. I met with the Aston Martin CEO, Dr. Ulrich Bez. I actually own a DBS, and I feel that brand matches the lifestyle that our company represents very well.

What other cars do you own?

I have the Aston Martin Vanquish, a Bentley Flying Spur, and a Bentley Continental GTC, but my favorite car is the DBS. I’m supposed to drive the Bentley Supersports (see “Indecent Composure,” page 70) soon, so I may have to trade up on the Flying Spur.

What do you like to do when you are not busy working?

I love to cook. That’s one of my true passions, and I’m really a homemade chef. I enjoy entertaining people and preparing some of my favorite meals. I tend to make a lot of French and Italian, but I also like eclectic dishes and fusion cooking. I really like marrying different regions of the world and creating a new and interesting dish. It all stems from the palate and is very similar to what I do with my cigars.

Being able to enjoy great cuisine, fine wine, and single-malt Scotch shows a life lived well. It’s also important to have a very healthy and happy relationship with someone special, but that’s something that is missing for me right now because I’m single. And there’s nothing better than being surrounded by great friends and traveling with them to some of the most beautiful places in the world. I try to make the most of every day and enjoy the finest things in life. I treat every day like Christmas and New Year’s.