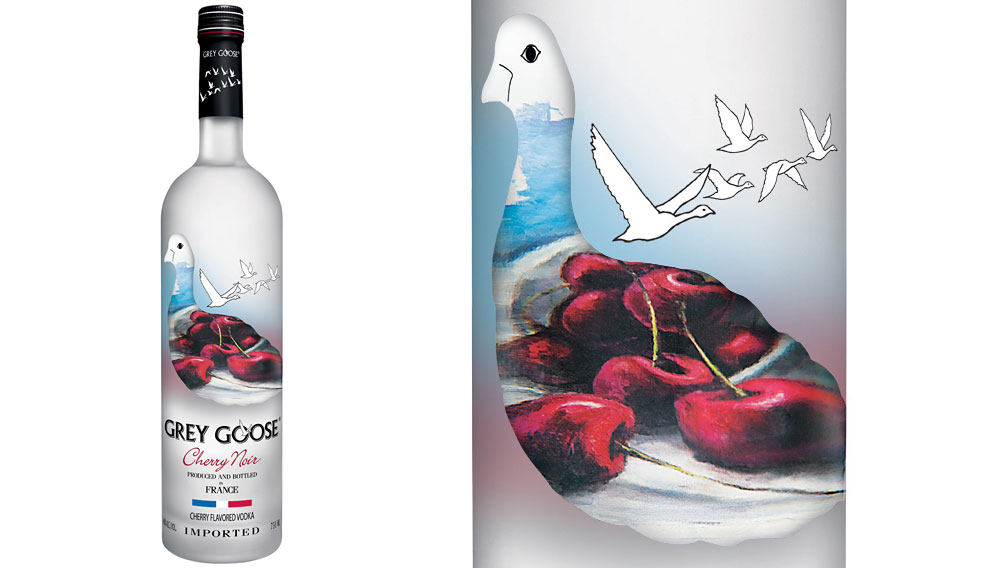 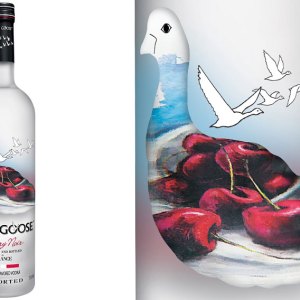 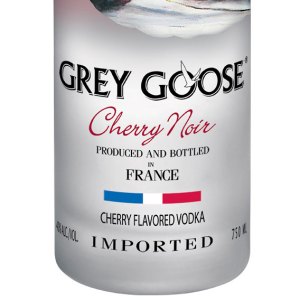 In 1997, the late Sidney Frank, a savvy spirits importer who practically made Jägermeister a household word, decided what the world needed next was a premium pot-distilled vodka made in France. Using the finest French wheat often found in the best Parisian bakeries, and the same Grande Champagne limestone-filtered spring water used for some of the finest Cognacs, and inspired by the large migratory birds that returned to France every spring, he named his new vodka Grey Goose. Since then, it has become the best-selling vodka in the world, as evidenced by the fact that in 2004 Frank sold Grey Goose to Bacardi for $2.2 billion, the highest price ever paid for a single liquor brand.

Now, following on the success of its subsequent flavored vodkas—La Poire, L’Orange, and Le Citron—Grey Goose has introduced Cherry Noir ($29.95), its first new offering in more than five years. Like all Grey Goose vodkas, Cherry Noir is distilled five times, resulting in a crisp, stiletto-sharp spirit that serves as the base for a bouquet of red berry flavors, of which cherries form only part of this multidimensional pour. Raspberries, allspice, and cinnamon can also be found in its complex taste profile. The black cherries are sourced from orchards in the southwest of France, and maître de chai François Thibault worked closely with one of the world’s foremost flavor houses, located on the Côte d’Azur, to create an all-natural cherry oil extract, which is then macerated before distillation in traditional copper pot stills before being blended with Grey Goose vodka.

Whether served chilled and straight up or in something a bit more exotic, like a green tea and Cherry Noir martini with a Luxardo cherry garnish, this newest member of the Grey Goose flock makes a welcome addition to the wet bar. (www.greygoose.com)