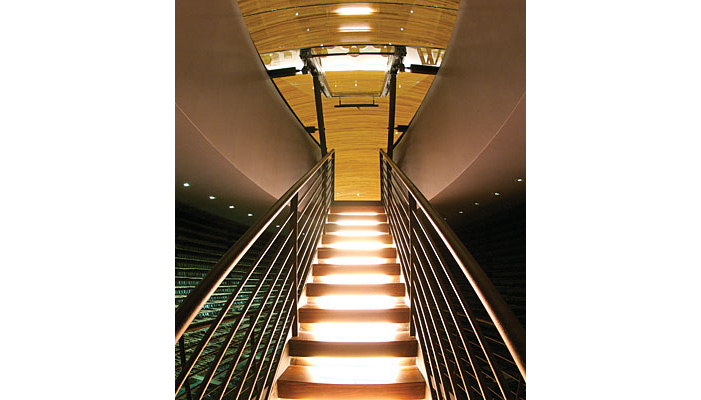 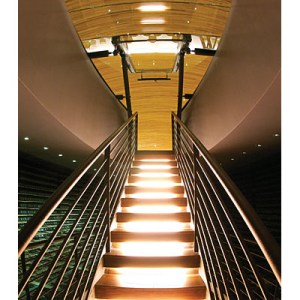 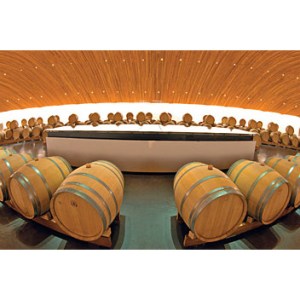 For Alexandra Marnier Lapostolle, owner of Casa Lapostolle in Chile’s Colchagua Valley, winemaking is a delicate matter. “Wine is like an orchid,” says Lapostolle, the great-granddaughter of Grand Marnier founder Louis-Alexandre Marnier. “If you shake it too much, the flavors die. The best way to transport it is through gravity.”

Lapostolle’s convictions are evident at Clos Apalta, the estate where her company produces its premier wine (also called Clos Apalta). The property’s 38,700-square-foot winery, which Lapostolle and Chilean architect Roberto Benavente began collaborating on in 2001, is built into a hillside of the vineyard, and four of its six floors are underground. “The idea was that the design would be close to the natural slope of the earth,” says Lapostolle, who resides in Geneva but visits her property in Colchagua at least five times a year. “Until we actually got into it, we didn’t know what a challenge it would be. However, in the end, it worked to our advantage.”

The design, which necessitated digging through granite and underground springs to depths of 85 feet, employs gravity and the earth’s humidity and natural temperature controls in the winemaking process. The process begins on the top level, where the grapes arrive from harvest, and continues in stages from floor to floor, concluding five stories below in an aging room filled with oak barrels. Hidden beneath the aging room, at the winery’s nadir, lies Lapostolle’s private wine cellar.

Access to the cellar is through a tasting table at the center of the aging room. As designed by Benavente, the black glass tabletop lifts up to reveal a staircase that leads to the elliptical, two-level cellar, where handmade, oxidized-iron racks can hold more than 8,000 standard-size bottles and 800 magnums. “The natural rock is a great insulator,” says Lapostolle, who also is the proprietor of Château de Sancerre in France’s Loire Valley and whose family still owns Grand Marnier. “If you look closely at the walls, you can sometimes see water trickling down them, which creates a naturally humid atmosphere. It’s the perfect storage environment.”

Lapostolle stocks the cellar with her family’s wines and with those of other French and Chilean producers. The room’s lighting scheme was the work of Benavente, who also suggested creating gravel floors out of chunks of the cut-through granite. “I didn’t want anything harsh. I wanted the space to flow with the environment around it,” says Lapostolle. “It’s very organic. When you’re inside the room, you really feel like you’re in the earth.”