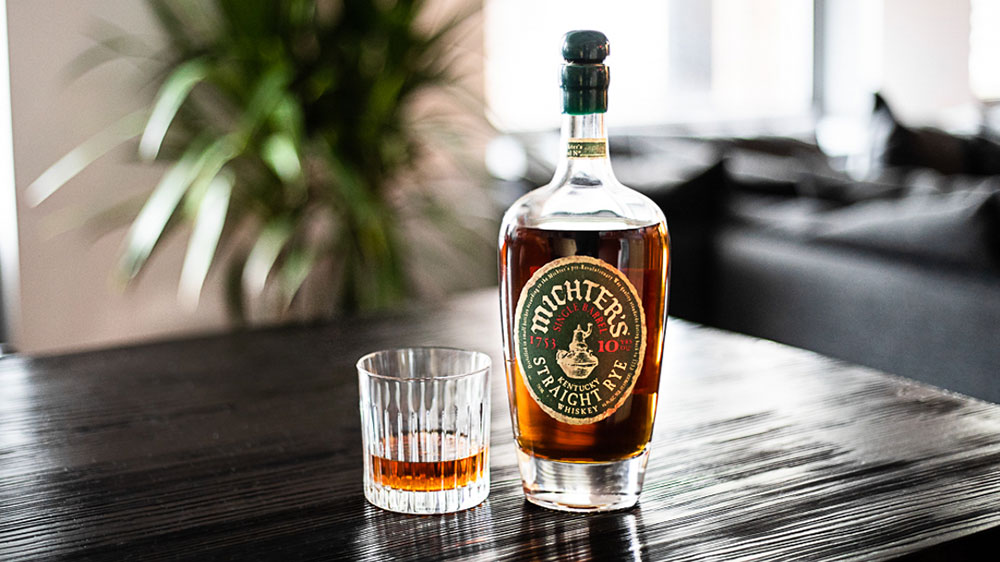 Rye just keeps getting better. Once the purview of the South and Wild West, it’s conquering new territory with interesting barrel aging techniques and provenance. There’s now even a new category of it, called Empire Rye—whiskey distilled, aged and bottled entirely in New York State.

Time was, rye whiskey was primarily thought of as the drink of swashbucklers who frequented the saloons of Dodge City and Tombstone to wash the dust from their throats. But rye actually had its beginnings well before those frontier years. In fact, it was in the American colonies, where its distillation was prompted by the abundant fields of rye that were planted throughout the new republic. Even George Washington, on the advice of his Scottish plantation manager James Anderson, built a rye whiskey distillery on Mount Vernon in 1797. It turned out to be one of Washington’s more profitable ventures.

Rye became much more sophisticated around the turn of the 19th century and into the early 1930s, when it inspired cocktails such as the Ward 8, Manhattan, and Vieux Carre. Today rye is being re-discovered to discover something new and authentically American. And thanks to better grain cultivation, more refined distillation and innovative aging techniques, the quality of rye whiskey keeps improving. To test for yourself, sip one of these.

This is the third and final expression of WhistlePig’s Triple Terroir limited edition series and reflects the fact that three of the most important components were created on this cult favorite’s 500-acre farm in Shoreham, Vt.

This 100 percent rye is composed of 52 percent WhistlePig three-year-old rye, aged oak barrels at the distillery, and blended with 31 percent six-year old and 17 percent ten-year old rye whiskies from Canada. The result is a meaty flavor, full of vanilla, maraschino cherries and roasted chestnuts, with a touch of cedar.

Perfect for summertime tropical cocktail mixing, this limited edition rye ($45) pays homage to a compatible brown spirit, rum. A blend of eight-year-old Basil Hayden Kentucky straight rye whiskey with a four-year-old Canadian rye whisky, it results in layers of gentle spice, toasted oak and vanilla. The blend is then finished with the addition of Black Strap Rum, which adds sweet notes of brown sugar and (of course) molasses. At 80 proof, this is the perfect rye for creating a gentle Mai Tai and other Tiki drinks.

Considering that this distillery has only been around since 2018, you’ve got to take notice when it brings out a Kentucky-distilled and -aged rye whiskey this complex. Consisting of 95 percent rye and 5 percent malted barley, and rumbling in at 95 proof, this is a hearty whiskey ($50) to say the least. Obviously this three-year-old-plus whiskey has been sourced outside the distillery, as Rabbit Hole’s 24-inch-by-48-foot tall column still has only recently been creating distillates for aging. But being a collaboration between Rabbit Hole’s founder and CEO Kaveh Zamanian and his master distiller, Larry Ebersold, everything hails from Kentucky, including the handcrafted wood-fired barrels by Kelvin Cooperage. With notes of autumn leaves, spicy cedar and a hint of charcoal, this is a whiskey begging to be the base for your next Old Fashioned or Manhattan. Small wonder industry giant Pernod-Ricard has just acquired a majority stake in this dynamic young distillery.

This is the first release by Michter’s new master distiller, Dan McKee, who was previously the brand’s distiller and a member of its tasting panel. He has now taken over from former master distillers Pam Hellman and Willie Pratt. Ironically, however, because of ongoing whiskey shortages, this might be the only 10 Year Old Single Barrel Rye ($160) that McKee will be able to release this year. Thus, it may truly become a limited limited edition. This is especially noteworthy, as many of these annual releases contain whiskeys much older than the age statements on the labels.

“Working with our master of maturation, Andrea Wilson, I will continue the tradition of only releasing whiskeys that make us extremely proud,” says McKee. He has nothing to worry about with this latest release, which is brimming with thick, resiny spice, toffee and a touch of orange peel.

Reflecting rye whiskey’s frontier past with its 1880s-styled bottle, but containing a smooth, up-to-date take on America’s oldest native spirit, this is the fifth addition ($50) to the Bulleit Frontier Whiskey line, as well as the first extension of Bulleit Rye, with a high 95 percent rye mash bill mated with 5 percent malted barley. Aged in new charred oak barrels for a minimum of 12 years, each barrel was hand-selected and comingled to create a unique taste that only extra maturation can create. It is also a one-time, limited edition offering.

“Whiskey is heavily influenced by barrel aging, and as a blender, one of our most important responsibilities is to taste how the wood impacts the flavor of the liquid and brings out different notes,” says Bulleit Frontier Whiskey blender Andrew Mackay. “Rye’s signature spiciness is certainly prominent, and this extra aging complements that without being overwhelming, as new levels of softness, clove character and vanilla and oak notes are evident.”

It’s fairly safe to say frontiersmen of old never tasted anything this smooth.

Yes, the “Duke” name on the bottle—along with the bold signature— says “John Wayne,” so it’s not surprising that one of the men behind this brand is Ethan Wayne, the Duke’s youngest son, and president of John Wayne Enterprises and the John Wayne Cancer Foundation.

“We wanted people to know that this was an authentic spirit inspired by the experienced palate of a seasoned craftsman,” said Ethan Wayne. “My father always said, ‘If I’m going to have a drink, it’s going to be a good one.’”

Distilled and bottled in Owensboro, Ky. at the historic O.Z. Tyler Distillery, the smooth yet muscular 98 proof Duke Founder’s Reserve Double Barrel Rye ($125) achieves multiple layers of rich flavors by being aged in French Grand Cru cult California Cabernet wine barrels, and then transferred into French oak barrels previously used for finishing Duke Grand Cru bourbon, which itself was finished in French oak barrels that held some of the most coveted 100-point Cabernet Sauvignons from boutique California wineries in Napa. Needless to say, because of the scarcity and cost of French oak barrels, the Duke Founder’s Reserve Double Barrel Rye is limited.

From the New York Distilling Company in Williamsburg, Brooklyn comes Ragtime Rye Bottled In Bond, the distillery’s newest expression ($50), and not to be confused with their earlier 95.4 proof Ragtime Rye. “Bottled in Bond” means that this rye complies with the mandates of a federally designated style of whiskey defined by the Bottled In Bond Act of 1897, which states that the whiskey must be the product of one distilling season from one distillery, aged in a federally bonded warehouse for at least four years and bottled at 100 proof.

Interestingly, all of the ingredients in the mash bill, which consists of 75 percent rye, 13 percent corn, and 12 percent malted barley, come from the State of New York, and thus, qualifies for a new spirits category known as Empire Rye. This refers to a whiskey distilled, aged, and bottled in New York State, and comprised of at least 75 percent New York-grown rye, and aged a minimum of two years. Ragtime Rye Bottled In Bond, however, is aged for four years. It is a bit gruff on the palate without the addition of water or ice, but retains a heavy cinnamon and clove character that’s delicious.