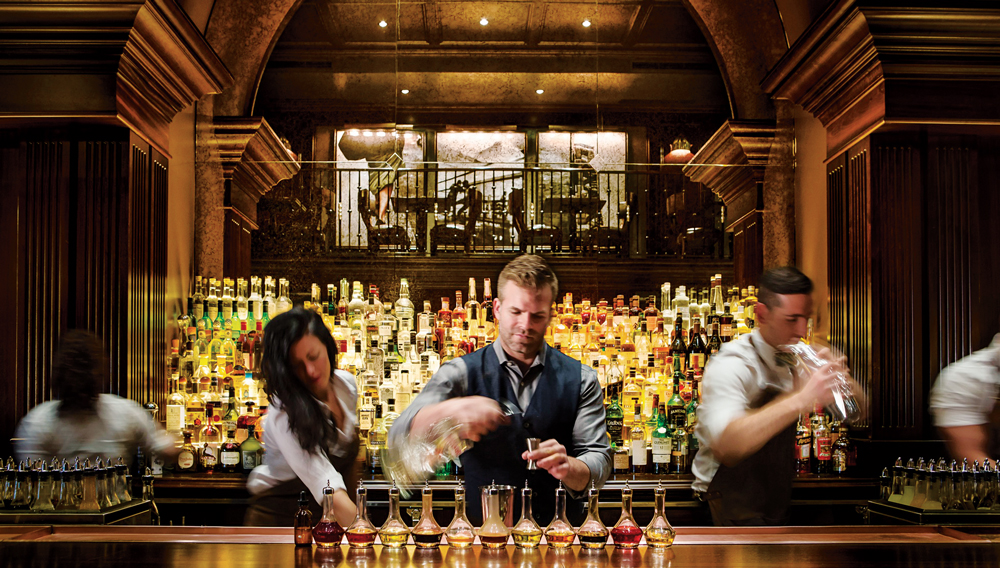 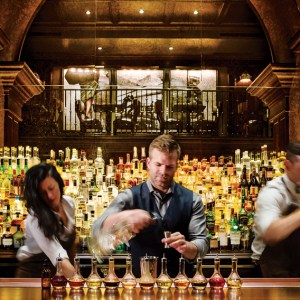 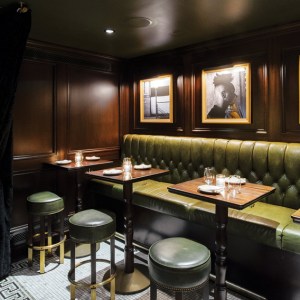 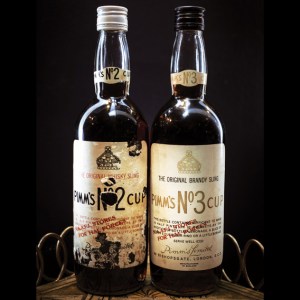 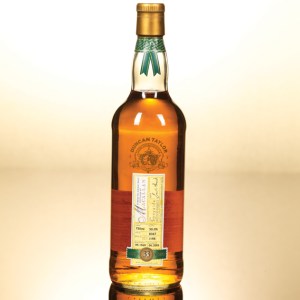 Thirsty collectors are on the hunt for long-lost libations—to save, sip, and sometimes even mix into a cocktail.

Like many of those leading today’s cocktail culture, Leo Robitschek has always been captivated by the history and folklore of classic mixed drinks and spirits. But for Robitschek—

the acclaimed director of NoMad Bar in New York City and author of the new NoMad Cocktail Book—the game-changing moment came when he actually tasted his first vintage Chartreuse. “In that first sip, I experienced how beautifully certain spirits age in the bottle,” he recalls, “and I knew this was something I would need to pursue further.”

Indeed, Robitschek now prowls auction catalogs and specialty liquor dealers in search of old and out-of-production bottles. He keeps his cache locked up (but in plain sight) in a cabinet at NoMad Bar. Peer inside, and you might find bottles of Campari from 1960 and 1970, when it was made with a different formula, as well as rare Chartreuse Tarragona from the 1960s, ’70s, and ’80s, a 1925 Navarre Cognac, a Glenglassaugh 37 Year Old single malt, and much, much more.

Curiosity might even prompt you to spend $175 for a pour of green Tarragona Chartreuse from the 1970s, or $138 for a shot of the 1977 Glenlivet 34 Year Old Samaroli single malt, just for the experience. “This is the first generation in a long time that has grown up with parents who are more adventurous drinkers,” Robitschek says. “They come by it honestly. In general, people are interested in better spirits and cocktails, just like they’re interested in better food and wine.”

Robitschek is at the forefront when it comes to the latest obsession of collectors and cocktail devotees: long-lost libations from elusive or vanished distilleries. These treasure hunters ardently pursue sealed bottles of almost everything—but especially bourbon, single-malt Scotch, rye, and Chartreuse—from years past. And not just the recent past (though gin and Scotch from the 1960s certainly got a boost thanks to Mad Men). The craft cocktail movement has resurrected classic mixed drinks from the last two centuries and a bedrock devotion to authenticity. After all, until Rob Cooper, president of the Cooper Spirits Co., discovered the recipe for a purple-hued Victorian liqueur called Crème Yvette a few years ago, mixologists could not have accurately re-created antique drinks like the Aviation, Stratosphere, Blue Moon, and Perpetual.

The greatest interest revolves around whiskeys and whiskies bearing labels and liquids that are no longer produced. At a sale conducted earlier this year by Zachys Wine Auctions, a bottle of Duncan Taylor Rare Auld Macallan 33 Year Old Single Malt Scotch 1969 sold for $1,960, while a bottle of the Macallan 18 Year Old Gran Reserva 1979 fetched $1,593. A year earlier, the auction house sold a bottle of A.H. Hirsch 16 Year Old Pennsylvania bourbon distilled in 1974 for a hammer price of $1,100.

Derek Schreck, owner of Tom Bergin’s, a Los Angeles Irish pub that dates to 1936, saved the iconic establishment from demolition by purchasing it two years ago. As part of its renovation, he has transformed a clandestine upstairs area into Vestry, a speakeasy-style, members-only club stocked with such rarities as a bottle of Bonded Jim Beam from 1943, a 1968 bottle of Old Taylor, and a 1948 tax-stamp-dated bottle of Old Hickory 20 Year Old, a blended whiskey once produced by the now-defunct Publicker Commercial Alcohol Co. in Philadelphia (not the contemporary Old Hickory brand). Other vintage bourbons Schreck has procured for Vestry include Hill and Hill, Old Crow, Old Forester, and a 1973 Four Roses. These are only offered as shots, ranging from $40 to $300 a pour, depending upon the whiskey, or in flights, so that an entire range from various years can be experienced.

“These are collectible whiskeys that I have on my ‘Once It’s Gone, It’s Gone’ list,” says Schreck. “So each Vestry customer gets a 1-ounce pour per bottle, per visit. Or they can purchase a flight, so if they wanted to taste Old Taylor from the ’40s, ’60s, ’80s, they can do that. But I don’t want someone with $2,000 coming in and buying an entire bottle. That way more Vestry members can experience these limited whiskeys.”

Individual collectors, of course, have the option—and the luxury—of enjoying bottles of their own. But that brings up the challenge of just how to source these vintage spirits. Schreck acquired his stock by selling, buying, and trading with other collectors, searching online forums such as lawhiskeysociety.com and methodically seeking out liquor stores in small towns.

“I drive into some of these towns in central California and stop into the older liquor stores,” he says. “For example, I know the bar code for National Distillers, and if you pull through their bottles to the back stock and find a bottle that still has the orange $2.99 price tag sticker on it, and you check the bar code, you can see that it was actually an old National Distillers bottle, such as Old Crow or Old Grand-Dad, and not a new Jim Beam bottle.

“Sometimes you can still find these old bottles with their original price tags and the clerk will sell them to you for that price,” he continues. “That’s harder now, but it’s how a lot of the bigger collectors I’ve traded with had originally sourced their bottles. I’ve found a few bourbons like that once or twice, but now I usually end up trading with other collectors for bottles that they already have acquired.”

Another technique, for those eager to amass a collection quickly or round out their collection with a specific bottle, is to seek out a reputable dealer who specializes in vintage spirits. Mahesh Patel—who has nearly three decades of spirits-collecting experience and has amassed almost 5,000 bottles of rare whiskeys and Scotches worth about $6 million—has recently launched Whisky Concierge (whiskyconcierge.com) to assist individuals who wish to acquire rare bottles.

Perhaps the most jaw-dropping array can be found in London at Hedonism Wines (hedonism.co.uk), a 3-year-old shop in the Mayfair district. Hedonism stocks a plethora of rare spirits, including bottle No. 1 of only 11 bottles released of the Glenfiddich Janet Sheed Roberts Reserve 55 Year Old single malt ($190,000), the world’s only demijohn of Cognac Tesseron Tres Vieux Extreme (Noir) ($90,000), and a bottle of Duffy’s Pure Malt Whiskey dating from the 1890s ($18,400). Needless to say, establishing the legitimacy of every bottle has been a cornerstone of Hedonism’s success. “Provenance is always at the forefront of every purchase we make,” says Richard Ellis, Hedonism’s spirits buyer. “We will try and trace the bottles back to their original source and often speak to distilleries directly, especially for the really old bottles.”

Both retailers and collectors look to established auction houses that are experienced in the vagaries of collectible spirits. In fact, the watchword among serious collectors is to buy only from reputable sources: Due to escalating prices and more sophisticated digital technology, counterfeiting is on the increase. “When it comes to conditions in all categories, from Scotch, bourbon, and Japanese whiskey to Cognac and Armagnac, we look for many things similar to wine,” says Jeff Zacharia, president of Zachys Wine Auctions. “The labels should be clean, there should be a high level of spirit in the bottle, and there should be no seepage. The original packaging is also hugely important. The bottles we accept for auction are from a specific cask, vintage dated, or there are just very few of them out there.”

Zacharia believes Japanese whiskey is poised for the greatest increase in value in the short term. “In both our Hong Kong sales room and in New York, they’re performing beyond expectations,” he says. In his September New York auction, Hanyu Ichiro’s King of Hearts 23 Year Old single malt sold for nearly $4,000, twice the high estimate. “Just like wine, what collectors really want is rarity,” Zacharia says. “That’s why rare bourbons always do well, though it has to be really rare, not just Pappy Van Winkle rare.”

Hedonism’s Ellis agrees, also noting burgeoning interest in Japanese and American whiskeys. “Prices have risen sharply in the last 12 months as availability has dwindled and as their respective audiences increase,” Ellis says. “This looks set to continue as demand continues to outstrip supply. Alongside, as we see more non-age-statement releases coming into the Scotch whisky market, we are seeing interest and demand for the older [age-statement] distillery bottlings soar.”

All the more reason to marvel at the willingness of collectors such as Robitschek, who are eager to share a nip—or even use it in a cocktail. On NoMad Bar’s list of reserve cocktails is a Jungle Bird made with Campari from the 1960s for $42, and a Vieux Carré made with  L’Artisan No. 50, a Cognac that is a blend ranging back to 1960 and older, for $198. Without a doubt, they are drinks that will long be remembered.