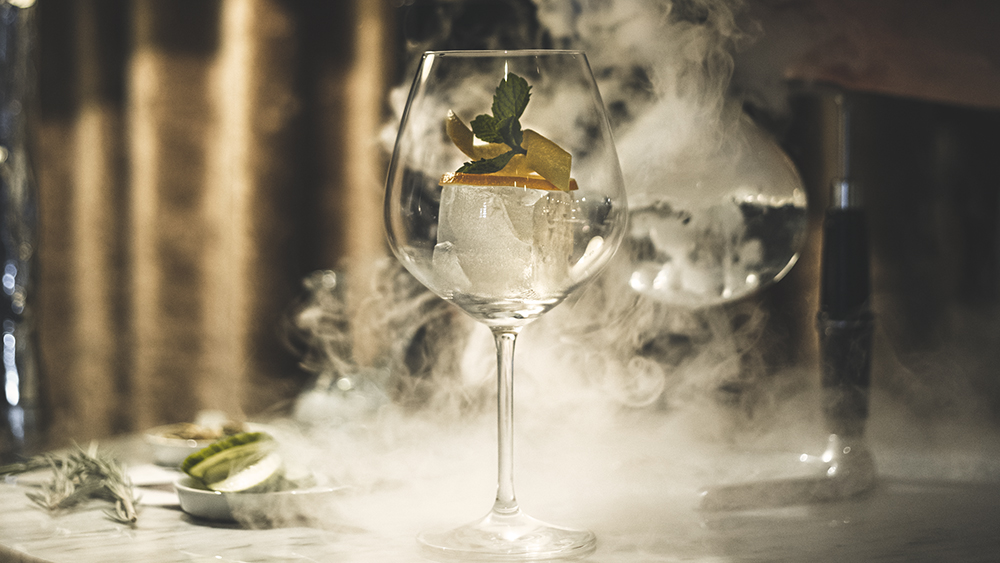 Courtesy of José Andrés The Bazaar at the SLS Hotel

Michelin-starred chef José Andrés is justifiably famous for his food, but he also has an unabashed passion for unique designer cocktails that leave ordinary “craft cocktails” lost in a cloud of liquid nitrogen smoke and a collection of custom-made glassware. Witness his Barmini cocktail lab in Washington DC or his Bar Celona cocktail specialties at Mercado Little Spain in New York. But now the culinary innovator has literally taken his imaginative liquids to new heights.

Beginning September 13 The Bazaar by José Andrés at SLS Hotel in Beverly Hills is launching Gate: Bar Centro, a two-hour cocktail “travel” experience that will take 10 people at a time on a trip around the world via 12 different creative cocktails, each representing a different country. The customers—or “passengers,” as they are being called—gather at a subtly-lit, blue-hued, 10-seat bar at SLS dubbed Gate: Bar Centro, which becomes an imaginary aircraft piloted by two “captains” (a pair of truly talented mixologists), to take them on their liquid adventure.

Tickets are $100 per person, and upon arriving at SLS Beverly Hills at precisely 7:30 p.m. on the scheduled departure date, a hostess presents each guest with a numbered ticket printed with their name and other flight information, including their gate: Bazaar BH.

They are then escorted into the “waiting area” (actually the ultra-elite indoor SLS patio), where they are greeted by one of the flight’s “captains,” who wears a dark jacket sporting a gold airplane pin. A refreshing Ciao Bella Aperol apéritif sparkling with house-made carbonation is served as a pre-takeoff salute to Italy.

Once all the guests have arrived, they are led to Gate: Bar Centro, where they are seated and the cocktail flights begin, interspersed with tapas between some of the drinks, as each country is “visited” in a glass. But in true José Andrés style, these are not your ordinary drinks.

For example, in Havana, the Cubita is a take on the mojito, which is presented inside a cedar box that, when opened, reveals an Alec Bradley Prensado cigar alongside a silver spoon containing a shimmering vacuum-and-CO2 created mint-muddled gel made with Banks 5 Island rum. When the spoon is placed into the mouth, the gel instantly dissolves with a burst of flavor. 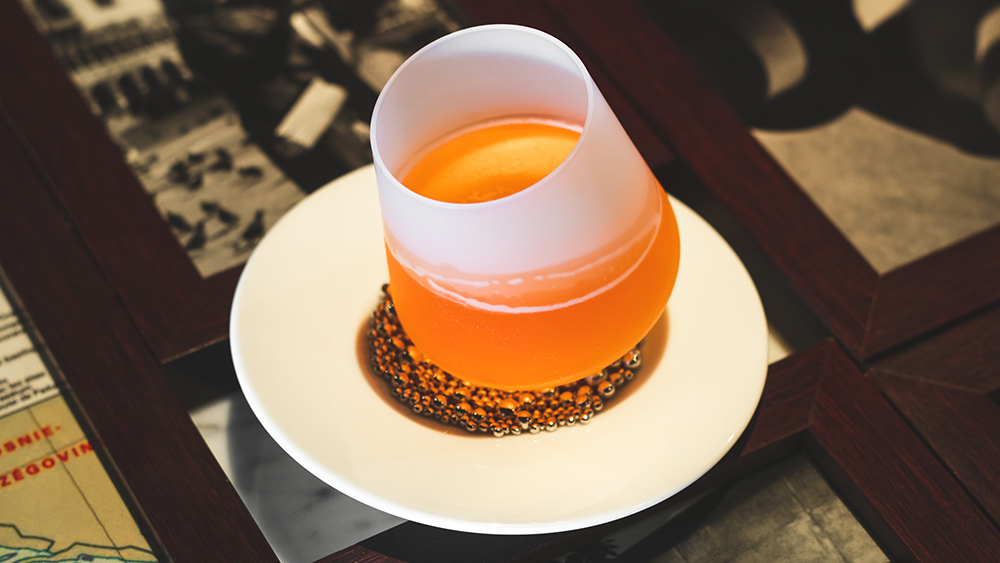 This cocktail transports you to Italy.  Courtesy of José Andrés The Bazaar at the SLS Hotel

In Russia, the Diamonds of the Sea drink is a modernist’s take on a martini: a tall, chilled shot glass of equally chilled Stoli Elite served alongside an ice-filled bowl containing a tin of what looks like black caviar. But it’s not. The tiny, clever, dark pearls are made from puréed Kalamata olives that have been filtered and mixed with vodka, xanthan and glucose, put into a vacuum, given a “spherification bath” and a few other fancy, scientific-sounding treatments and then coated with finely ground olive dust. What finally emerges are tiny black beads that look like caviar but taste like olives. Only the omission of a pearl spoon in the authentic-looking tin gives a pre-taste hint of the tongue-in-cheek deception.

And so it goes, from the Spirite Libre, a hand-shaken meringue-topped version of Peru’s pisco sour served in a hollowed-out eggshell, to a reimagined take on the French Quarter’s sazerac, made with Rémy Martin 1738 Cognac and Bulleit Rye and emerging out of a thick, beaker-poured white cloud of nitrogen smoke.

At the end of the evening, each passenger is given a passport listing all of the drinks and the countries that have been visited. Begin the trip by making reservations for Bazaar Flights at Gate Bar Centro at Tock.