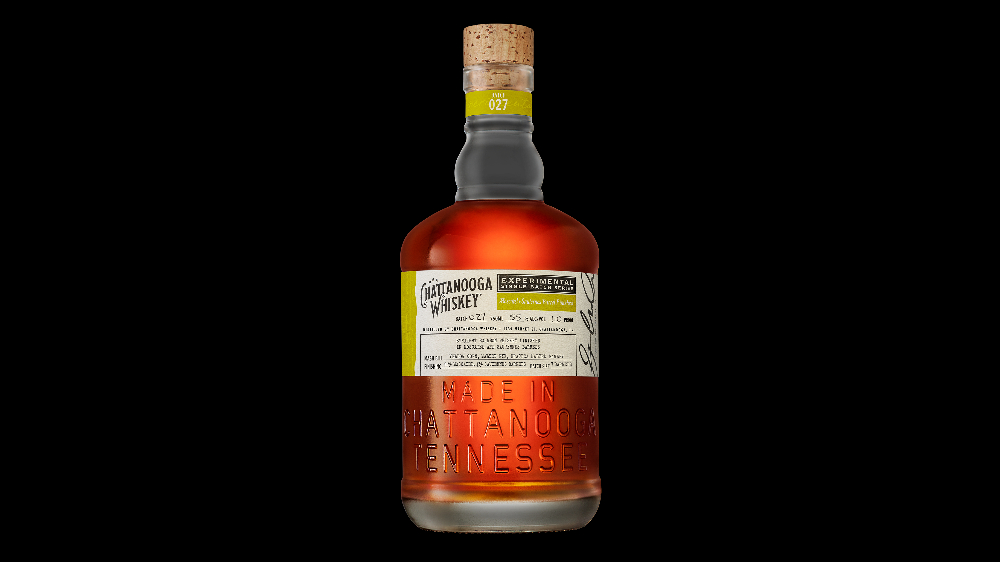 The category of Tennessee whiskey is virtually defined by Jack Daniel’s, but in the city of Chattanooga a small craft distillery has been making waves, or ripples really, over the past few years. The latest releases from the sensibly named Chattanooga Whiskey are an experimental cask-finished bourbon and a barrel-aged gin for whiskey lovers.

The new Batch 27 bourbon from the distillery sounds very interesting, and as usual the details are as precise and informative as possible—a rarity in the often secretive world of whiskey. The high-malt mash bill consists of a mix of yellow corn, single source Italian Eraclea malted barley and malted rye. The whiskey was aged in new charred and toasted oak barrels for more than two years, and then finished in Portuguese Moscatel de Setúbal and French Sauternes barrels for an additional 19 to 24 months. Just seven barrels were produced, and the whiskey was bottled at 110 proof. These two dessert wine cask finishes have profoundly affected the palate of this whiskey, with official tasting notes describing white raisin, coriander, saffron and hard pretzel on the palate, and a floral, grassy finish. Old No. 7, this is definitively not.

Batch 26, on the other hand, is a barrel-aged gin made from the distillery’s “signature Barrel 91” mash bill of yellow corn, malted rye, caramel malted barley and honey malted barley. This is an Old Tom-style gin that is infused with 10 botanicals: honey, juniper, hibiscus, coriander, honey malt, Szechuan peppercorn, orris root, orange peel, lemon peel and angelica root. Before bottling, the gin was aged for six months in single-use 53 gallon bourbon barrels to infuse it with some oak and vanilla flavors. There were just four barrels produced of the gin, which the distillery team suggests using in a Tom Collins cocktail.

Both of these new releases can be found at the Experimental Distillery retail bottle shop in downtown Chattanooga. But if you’re looking to dip your toes into the other excellent whiskeys from this up-and-coming distillery, you can find bottles of the Tennessee High Malt whiskeys available online.