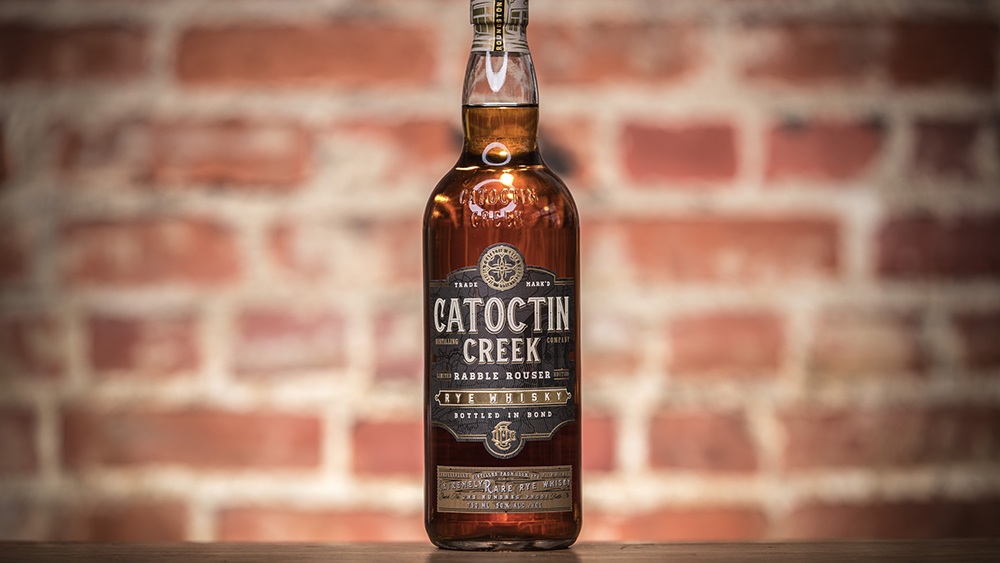 When the Catoctin Creek distillery opened for business in 2009 in Purcellville, Virginia, it was cause for celebration in a tiny town that up until then had been best known as the childhood home of comedian Martin Lawrence. There’s no denying the artistic merits of the star of Big Momma’s House and Bad Boys, but an argument can certainly be made that Catoctin Creek’s award-winning whiskeys deserve equal billing. Case in point: the distillery’s latest release, Rabble Rouser Rye ($96), a four-year-old offering that for the first time is labeled Bottled in Bond. Which has nothing to do with 007.

Rather, the Bottled-In-Bond Act of 1897 was enacted ostensibly to protect consumers from a surfeit of rotgut hooch that was killing the industry (and presumably some customers). It mandated that whiskey had to be the product of one distilling season from one distillery, aged in a federally bonded warehouse for at least four years, and bottled at 100 proof. It was, for all intents and purposes, America’s first consumer protection law. Following Prohibition, poisonous potables were no longer a major concern, and the BIB Act was all but forgotten. Ah, but like so many vestiges of the booze business’s past, Bottled in Bond has made a comeback in recent years, thanks to a phalanx of producers that ferment and distill their own spirits and want to set themselves apart from brands that simply blend and bottle alcohol purchased from third parties (a no-no under BIB rules). In short, if the label says Bottled in Bond, you may rest assured that the liquid in the bottle was crafted at one place, beginning to end.

If you’re familiar with Catoctin Creek, it’s probably through Roundstone Rye, the distillery’s best known and most critically acclaimed whiskey (Note: unlike most American distilleries, Catoctin Creek chooses to spell “whisky” like the Scots and Japanese do, sans the “e”). The Rabble Rouser Rye differs from its forebear in that it’s distilled at a lower proof to coax more of the rye’s earthy qualities to the top. That means we get freshly mowed grass and cedar on the nose. On the palate, sandalwood, tobacco leaf, and cereal grains take center stage, supported by mesquite, peach, and a bit of honey. Still, at 100 proof, Rabble Rouser barks like a junkyard dog, so dainty drinkers may want to look elsewhere. This heavy-duty dram is delightful served neat or with an ice cube or two, and will hold its own against the most puissant of mixers. It’s a Bad Boy, from a town that’s produced more than one.