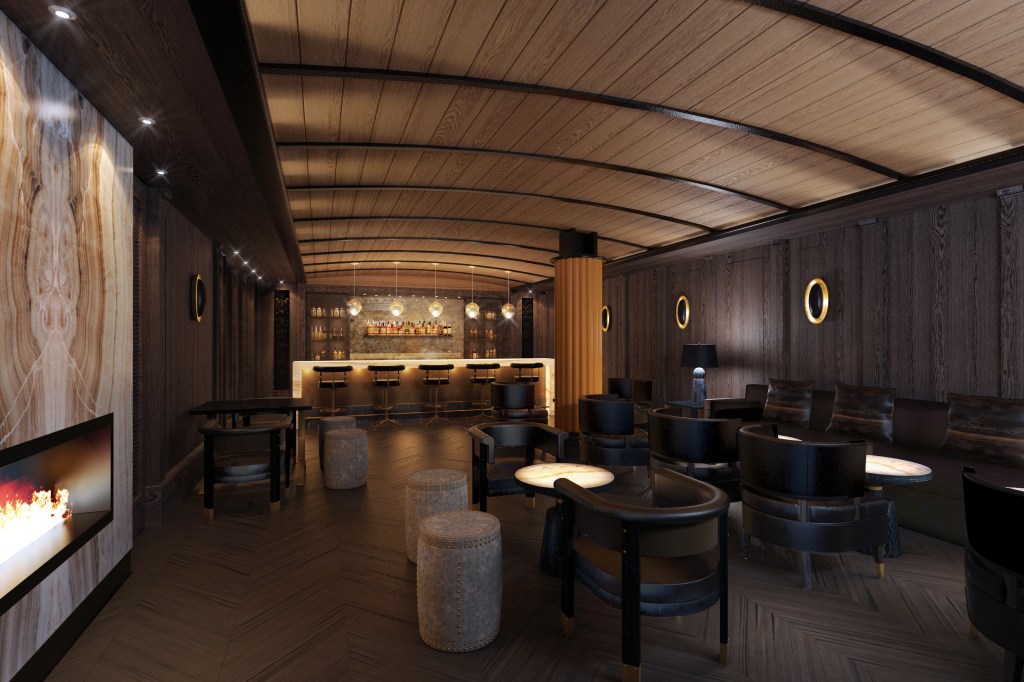 Opened in March, the Cannon Room isn’t the easiest place to find. Located within Fells Point inside the former Recreation Pier—a 103-year-old landmark building converted into the new 128-room Sagamore Pendry Baltimore hotel—the unassuming bolt-hole is tucked toward the back of the cavernous building. You might miss its doors if it weren’t for the host standing guard during peak hours.

The new whiskey bar is no larger than a two-car garage with fewer than two dozen seats—an intimate nook for connoisseurs and conversation. But the hushed hideaway is already the talk of the town.

Designed by Patrick Sutton under the loose direction of the hotel’s investor (Kevin Plank, billionaire CEO of Under Armour, which is headquartered across the harbor), the lounge is named after 18th-century cannons that were discovered and dredged from the pier during construction.

One cannon is now marooned in sand beneath a glass floor at the bar’s entrance. The bar’s details are equally exquisite, nodding to its patron spirit, whiskey: The ceiling is curved with white oak planks and steel barrel straps mimicking the interior of a whiskey barrel, and the backlit onyx bar glows with warm, whiskey-hued light. A handful of rounded, black-leather armchairs gather around marble tabletops.

Behind the bar, a haloed top shelf features a curated roster of 40 craft and small-batch American ryes, bourbons, and whiskeys, including a bottle of Garrison Brothers from Texas and a very rare bottle of Hirsch Reserve 16 Year Old. Special attention is also paid to Sagamore Spirit’s rye, crafted with natural spring water sourced from the nearby Sagamore Farm—both the distillery and farm are owned by Kevin Plank. (pendryhotels.com)