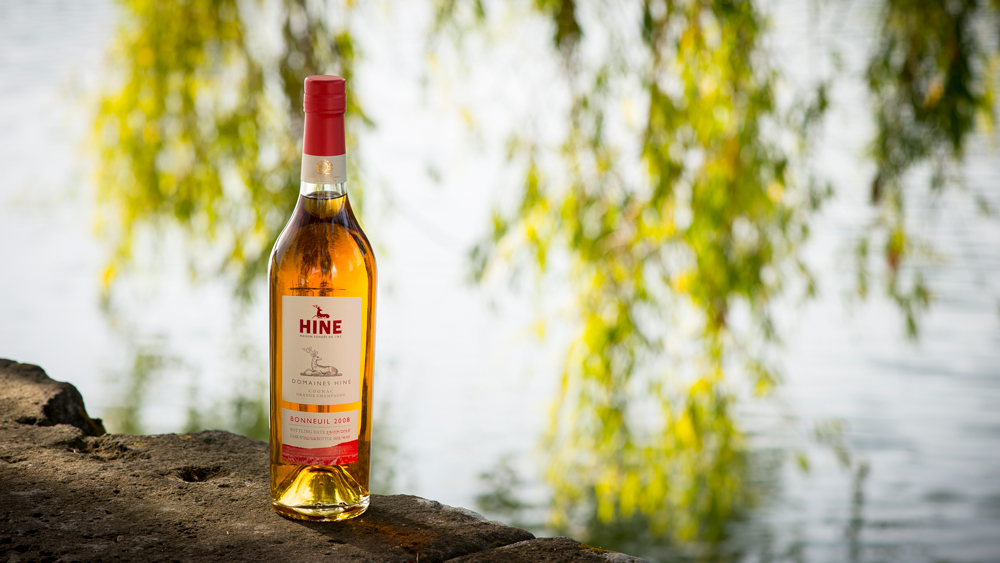 In 1791, an adventurous lad from the south coast of England named Thomas Hine set out for France intent on learning the craft of cognac-making. After a short stint working in the vineyards of Bordeaux, 16 year-old Thomas made his way to Jarnac, a small town just east of Cognac (which is a great travel destination by the way), where — as luck would have it — he met and fell in love with the daughter of a prosperous cognac négociant. When his father-in-law passed away in the early 1800s, Thomas took the reins of the family cognac business, renaming it Thomas Hine & Co.

Two centuries later, Hine is still producing cognac (not Thomas himself, of course, because he dead). The brand was awarded the prestigious Royal Warrant in 1962, and continues to be the official cognac supplier to Queen Elizabeth II of England. A few years ago, in celebration of its long history, Hine launched a series of limited-edition single vintage, single estate cognacs called Bonneuil, named for the village in which the Hine estate is situated. These unblended cognacs are the purest expression of the chalky terroir in Grande Champagne, the most desired growing area in Cognac. The first two expressions, 2005 and 2006, were released simultaneously in 2015 and sold out almost overnight (bottles for sale can be found today, however, in the secondary market).

Just this month, Domaines Hine made available 7,200 bottles of Bonneuil 2008 ($139.99), the long awaited third expression in this highfalutin series. If you’re wondering what happened to 2007, well, that harvest was judged to have been insufficiently expressive. The ’08, on the other hand, is more revealing than the final 5 minutes of a CSI episode. The nose offers gorgeous aromas of peach, jasmine, and lavender. On the palate we get plenty of cranberry zing enhanced with lively notes of fresh apricot and yellow fruits. There’s a smidgeon of spice and oak that augment’s the cognac’s complexity. Mouthfeel is velvety and warm. All in all, Hine Bonneuil 2008 is very elegant, focused, and worth it.