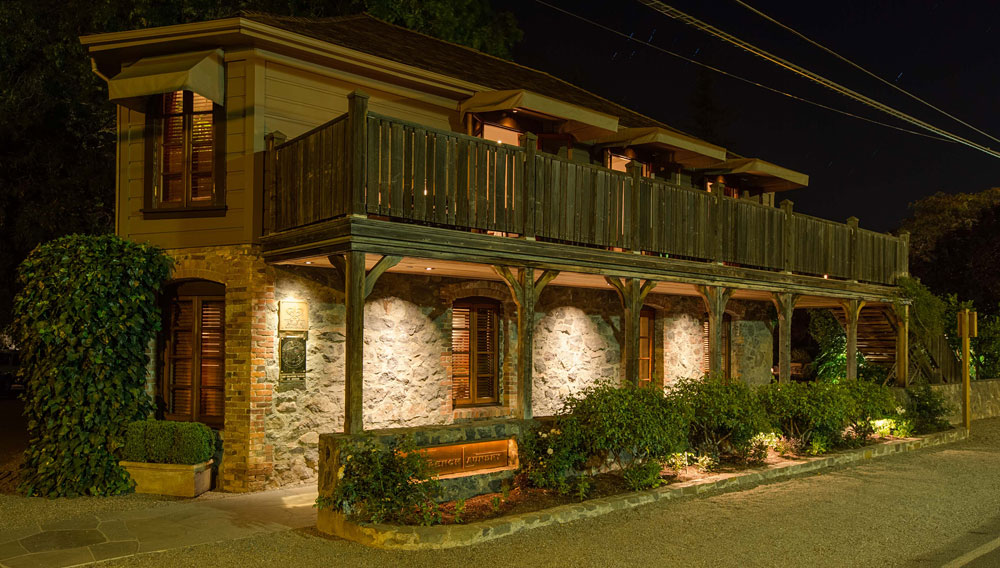 One would think that the multiple-award-winning chef, author, and restaurateur Thomas Keller’s similarly multiple-award-winning French Laundry restaurant in Napa Valley had attained perfection. It is consistently voted one of the top 50 restaurants in the world, and reservations are taken two months in advance. Each day’s menu includes vegetables from Keller’s two-and-a-half acre garden across the street that are picked, prepped, and plated within 24 hours. And the extensive wine list—compiled by the head sommelier, Dennis Kelly, MS—is impeccable. Yet until recently, something was missing. Although the French Laundry offered an exemplary selection of wine and beer, it did not have a license to serve spirits.

Now that has all changed. To launch the French Laundry’s new Spirits Program, Keller has assembled an impressive list of rarities, including Don Julio “Real” extra añejo tequila, Pappy Van Winkle’s “Family Reserve” 23 Year Old Bourbon, and Vintage 1946 Hine Grande Champagne Cognac. But the restaurant’s Spirits Program is highlighted by the only single-malt scotch Keller deems worthy of his fabled establishment: The Macallan, specifically the distillery’s Fine & Rare Collection of predominately single-cask whiskies ranging from the 60 Years Old 1926 to the just-released 21 Years Old Macallan 1989, which made its official U.S. debut on June 11, 2013 at the French Laundry.

“When it comes to scotch, there are no other choices,” says Keller. “It’s Macallan. That’s the only scotch available here because I believe it’s one of the best Scotch whiskies in the world. So why go with anything other that what I feel is the best? We have a whole range of The Macallan, but our Fine & Rare program is extraordinary.”

Launched in tandem with the celebration of the French Laundry’s Spirits Program, The Macallan Fine & Rare 1989 was distilled on February 28, 1989, and bottled in 2010. This 21-year-old single malt came from just one first-fill sherry cask, No. 3247. But after more than two decades of aging, evaporation—called “the angel’s share”–—left only enough whisky to fill approximately 490 bottles, which are priced at $3,500 each. There were five such bottles in the United States this year, and the French Laundry has one of them, available at $600 a pour.

Served in a Baccarat Harmonie tumbler, The Macallan 1989 has a strong 110-proof cask strength that brings a gentle slap to the bouquet and suggests that a splash of distilled water is in order to unleash the whisky’s complexities. Because it is non-chill-filtered, adding water will cause a slight clouding of the liquid, but the flavor is only enhanced. The dried-fruit signature of the sherry cask dominates initially, but the first sip reveals layers of chocolate and oranges, with a dusting of nutmeg and a lengthy finish.

Other Fine & Rare offerings hold similar yet different characteristics. One is the uniquely wooded spice and smoke of the 1940, whose flavor is a reminder that because coal wasn’t available to the distillery during World War II, the malted barley was instead dried with peat. Or there is the Fine & Rare 1965, which was distilled the same year Macallan doubled the number of its pot stills from six to 12. Bottled after 36 years at a cask strength of 112.6 proof, its sherried citrus and dried fruit flavors are evidence that no two sherry casks will mature a whisky exactly the same way.

“The whole purpose of the program is to treat spirits as a digestif,” says Keller, “not as an aperitif or a cocktail. Instead, we want to encourage guests to linger after their meal, and enjoy whatever they choose from our seven categories of spirits, but making sure on our part that they are very specific spirits, very rare, and sometimes even curated spirits. Just to have another bar where you can get the same thing as you could anyplace else doesn’t resonate with me. Certainly if you want to have scotch, bourbon, or tequila with your meal, we’ll accommodate that, but we don’t do cocktails—there’s no mixed drinks served at the French Laundry.” (707.944.2380, www.frenchlaundry.com)