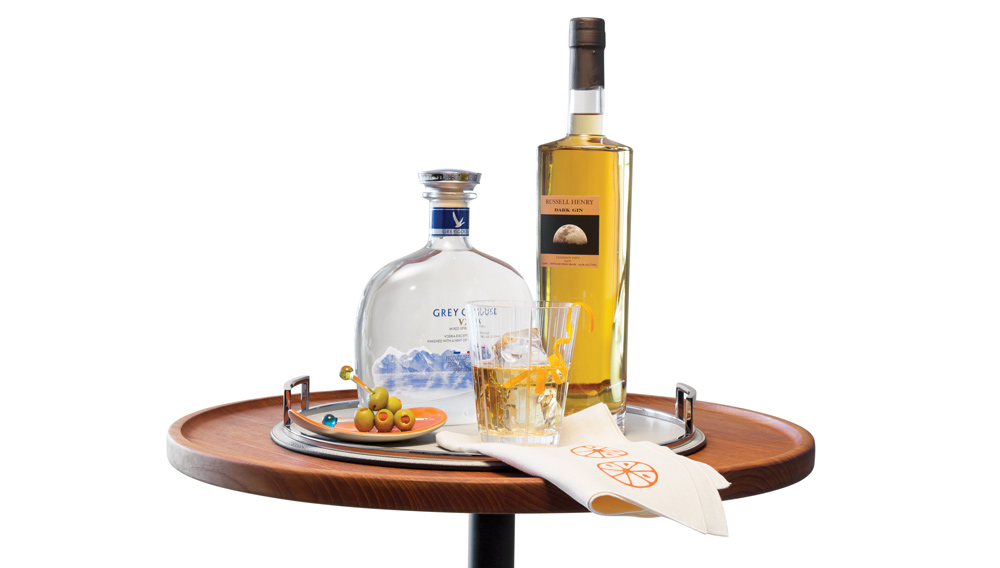 Although many point to the marketing acumen of the late Sidney Frank for the initial success of Grey Goose vodka, it was the Cognac blending heritage of François Thibault—the vodka’s creator and maître de chai—that led to the spirit’s creation in 1997. At the time, Grey Goose was revolutionary for its use of French wheat and water, and for the fact that it was distilled and bottled in France’s Cognac region. More recently, Thibault has tapped into his distilling expertise and skills as a Cognac blender to create a new vodka expression, Grey Goose VX (Vodka Exceptionnelle), which is infused with a 2-year-old Cognac eaux-de-vie made from Grande Champagne grapes. In this way, the new vodka, which is characterized by a subtle floral sweetness, stays true not only to the French brand’s commitment to being locally sourced but to Thibault’s heritage as a master Cognac blender. ($75)

Gin has come quite a long way in recent years. It remains a staple base spirit for craft and classic cocktails, and a number of boutique distilleries are now crafting examples that showcase the complexity and nuanced flavors that the spirit can possess. Nevertheless, the sight of a gin being poured hardly attracts much attention. Unless, of course, the spirit in question is Russell Henry Dark gin, which boasts a golden hue thanks to nine months of maturation in American and French oak barrels. Those barrels transform the soft and delicate Russell Henry London Dry gin into one that features a floral perfume and tastes slightly spicy, with notes of citrus and—not surprisingly—oak. Not many gins can shine when served chilled and straight up, but this one can. ($65)

In 2013, Camus Extra Elegance Cognac, comprising eaux-de-vie made from Borderies, Grande Champagne, and Petite Champagne grapes, earned Robb Report’s Best of the Best honors. More recently, Camus has released an intensified version of that expression, Camus Extra Dark & Intense, which is available only in duty-free shops. Although the Cognac’s mahogany color is not noticeably darker than its predecessor, the spirit’s flavor and aroma are decidedly more pronounced. To accomplish that, specific casks were decanted, then retoasted, and finally refilled with the same eaux-de-vie that filled them before. Compared to the floral bouquet and pungent flavors of Camus Extra Elegance, the Extra Dark & Intense is more robust, with heavier notes of leather, cedar, and tobacco. As such, it acts as the ideal nightcap to all your holiday celebrations. ($480)