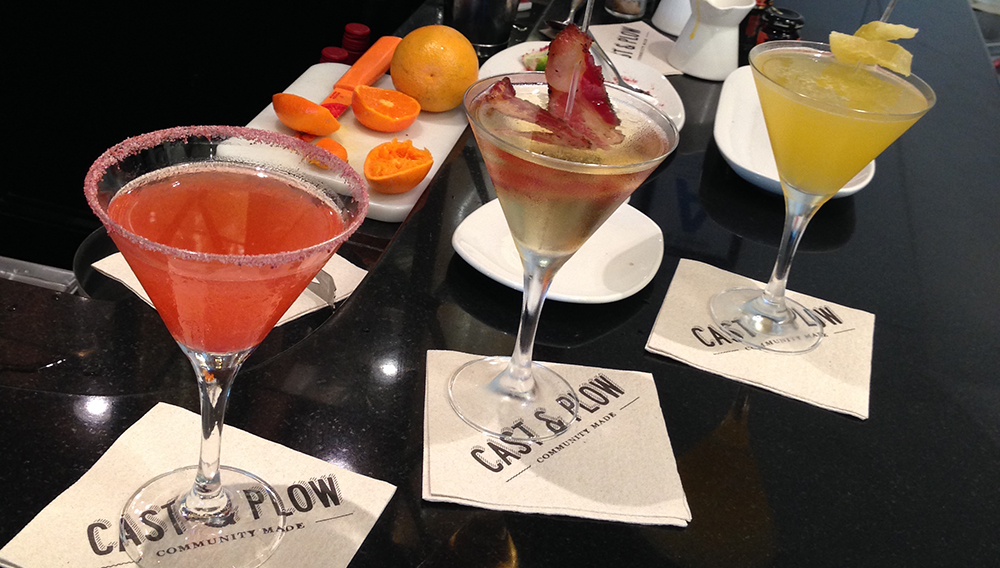 In honor of National Vodka Day on Sunday, October 4, RobbReport.com sought out the perfect martini—but we quickly discovered that perfection can be subjective, especially as it applies to something as individualistic as a martini. Fran Adams, an 18-year veteran bartender at the Cast & Plow bar and restaurant at the Ritz-Carlton, Marina del Rey, has a personality as distinctive as her cocktails. Her definition of the perfect martini is not so singular as the ubiquitous vodka-and-vermouth recipes stapled to the top of so many classic cocktail catalogues.

Adams—who balks at being called a mixologist, a designation often associated with high pomposity and patrons waiting inordinately long for their cocktails—enjoys a splash of creativity with her concoctions. For RobbReport.com’s celebration of National Vodka Day, she walked us through her three very different takes on the perfect martini: the Kim, the Seth, and the Legendary No. 14—all named for past and present patrons, including the late New York Knicks power forward Anthony Mason, who wore number 14 and who frequented the Ritz-Carlton, Marina del Rey, when in Los Angeles.

Watch the video to learn the various definitions of perfection as embodied in the vodka martinis we enjoyed in honor of National Vodka Day. (ritzcarlton.com)