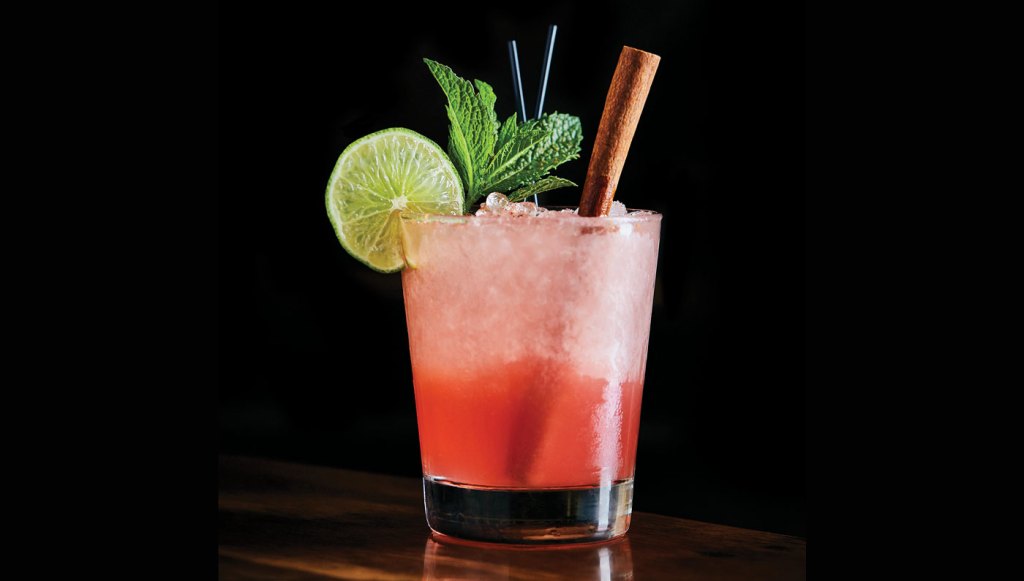 The blank facade of Smuggler’s Cove in San Francisco offers few clues that it is a pilgrimage site for all kinds of drinkers: lovers of tiki, rum enthusiasts, cocktail obsessives, and seekers of rare spirits. Its owner, Martin Cate, has created a three-level Polynesian paradise inside, with a waterfall cascading between floors into a grotto in the basement, and what is likely the world’s largest collection of rums: more than 400 of them, many rare or vintage. Now Cate, something of a modern tiki hero himself, has written (with his wife, Rebecca Cate) Smuggler’s Cove: Exotic Cocktails, Rum, and the Cult of Tiki, exploring the place where the craft-cocktail movement meets tiki obsessives. The book also divulges the recipes behind his bewitching cocktail menu, filled with drinks driven by a serious passion for rum as well as a scholarly appreciation of tiki history.

“True lovers of tiki culture don’t think of it as kitschy—we think of it as a pop-art movement,” Cate says. “The artists, carvers, and musicians who built this culture took it very seriously at the time, and it’s only in hindsight that people decried it as kitsch.”

Smuggler’s Cove, which opened in 2009, was one of the first bars in recent years to combine serious cocktail culture with a tiki theme, but ambitious tiki bars have opened all over the country since then, including Lost Lake in Chicago and Latitude 29 in New Orleans. Last summer, Mother of Pearl made its debut in New York City, with a menu described as “postmodern Polynesian.” And on regular cocktail menus today there is more tiki influence than ever before, be it drinks made with rum and orgeat (a French almond-flavored syrup) or glasses garnished with edible flowers and sugarcane. The new tiki bars faithfully re-create classics like the 1940s mai tai and fog cutter, and dig deeper into the spice cabinet to create new cocktails, such as Cate’s refreshing agricole guava cooler (shown).

But to Cate, the drinks are only one part of the whole. “At Smuggler’s Cove, we like to take the larger approach, that everything fits together in a more complete vision,” he says. “To make a long story short, the zombies taste better when you’re sitting under a thatched roof.”

Add the guava soda to a highball glass. Pour the remaining liquid ingredients into a cocktail shaker filled with ice; shake, then strain into the glass. Gently add cracked or cubed ice to fill the glass, garnish, and serve.