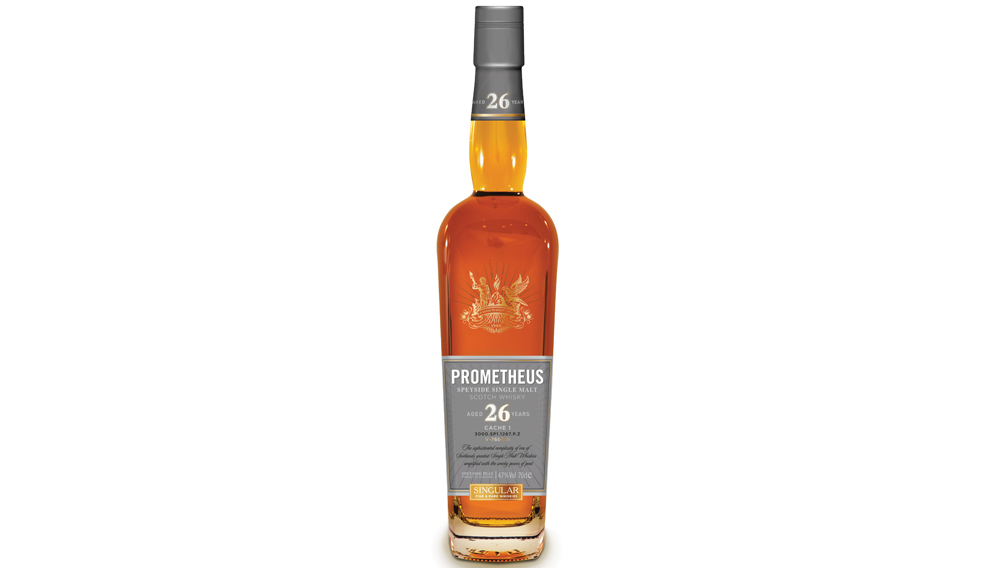 A secret single malt yields a limited-release whisky worthy of the gods.

According to Greek mythology, the Titan Prometheus shaped mankind from mud and later incurred the wrath of Zeus by stealing fire from Olympus and bestowing it upon his creation. The Glasgow Distillery’s decision to name its generous, limited-edition single malt for this legendary benefactor of humanity was a fitting one—particularly as the brand’s present owners, entrepreneurs Liam Hughes and Ian McDougall, literally rekindled the flames of its stills after more than a century.

First opened in 1770, the Glasgow Distillery thrived until the late 19th century, when production inefficiencies and increased competition in the marketplace began to place financial pressure on the business. In 1902, the distillery was finally forced to close, and the brand languished until 2012, when Hughes and McDougall formed the Glasgow Distillery Company and set about building the first new distillery in that seaport city in more than 100 years.

By the summer of 2014, the partners were anxiously awaiting delivery of their new distillery’s pot stills. By law, Scotch whisky must be aged in oak barrels for at least three years and a day—although few distillers would release a whisky so young. This required an aging regimen, and the delayed equipment meant that the newly resurrected Glasgow Distillery would not release its first batch of whisky anytime in the foreseeable future. Fate, however, intervened when Hughes and McDougall met the owners of a vatted Speyside single malt that had been maturing in sherry casks since 1988. Hughes convinced them to sell the spirit under the condition of anonymity, and with that seasoned whisky in hand, he and McDougall went to work preparing this proprietary spirit for distribution. The end result is Prometheus, a limited-edition whisky that will be released in four stages.

The first iteration—a 26 Year Old ($950) bottled in early 2015—pours a deep amber hue and delivers thick flavors of dried fruit and toasted prunes, which reflect the Speyside whisky’s sherry-cask maturation. The spirit also offers up hints of dark chocolate, butterscotch, and heather, with an underlying smokiness that suggests the whisky may have originated in Islay. Happily, this 21st-century Prometheus, when sipped, is devoid of the fiery accompaniment associated with its predecessor. Only 3,000 bottles of the 26 Year Old were filled, 1,000 of which have been allocated for the U.S. market and can be purchased through Bespoke Spirits.

The remaining batches of these vatted whiskies continue to age and will be released in subsequent years, culminating in a 30-year-old, cask-strength single malt. Due to evaporation rates, Hughes and McDougall estimate that the final installment will only fill 1,200 bottles, which will one day elevate this new Prometheus to a mythical status all its own.