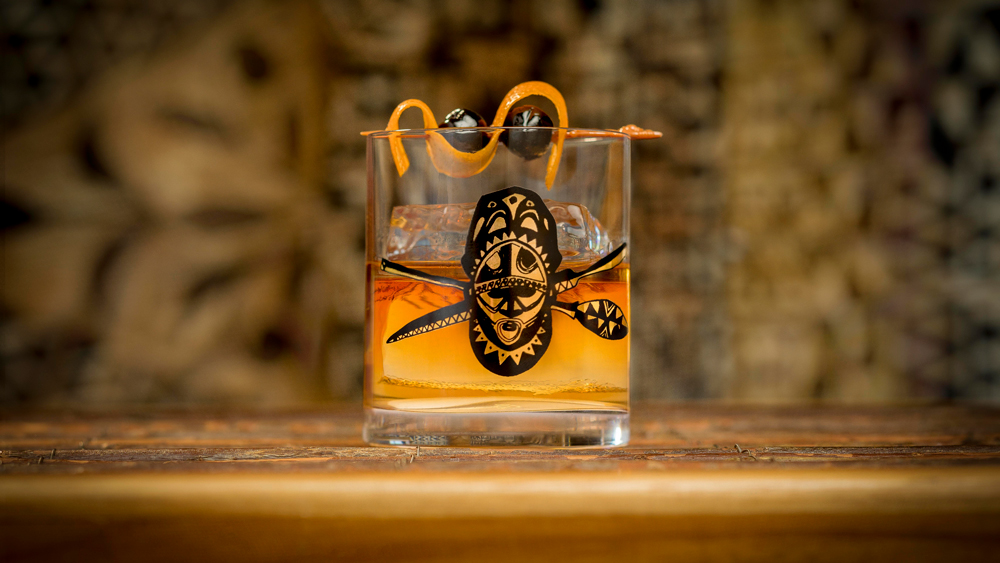 Sunday, December 10, 2017 marks the 115th anniversary of the birth of Victor Jules Bergeron—better known as Trader Vic—the entrepreneurial restaurateur who is indelibly linked to Polynesian-themed rum drinks, including the Samoan Fog Cutter, the Tiki Puka Puka, and the Zombie. But Trader Vic’s most original and internationally celebrated libation is the Mai Tai, even though he had some help in naming it.

The legend of the Mai Tai—and of Trader Vic—had its beginning in 1934, when, during a trip to Havana, Bergeron discovered rum, or more appropriately, rum cocktails. He returned to the rollicking saloon he owned in Oakland, Calif. called Hinky Dink’s (after a popular World War I ditty) and started making daiquiris, mojitos, and Planters Punch, but often with a little extra rum-tweaking.

However, the Caribbean cocktails seemed out of place in the saloon’s rustic, deer-antlered décor. After being introduced to Donn Beach by Bing Crosby and seeing his popular Don the Beachcomber Tiki restaurant in Hollywood, Bergeron was inspired. He transformed Hinky Dink’s into Trader Vic’s, a Polynesian paradise befitting his drinks—and his “trader” moniker—which, contrary to customers’ beliefs (which Bergeron did nothing to dispel) was not connected to adventurous dealings on the high seas. Rather, it was derived from his penchant for bartering goods during the Depression.

Nonetheless, in keeping with Trader Vic’s reinvented themes of French-Polynesian-Chinese cooking and fruit-garnished rum cocktails, Bergeron decided he needed an original drink that would be as unique as his popular restaurant. Thus, one evening in 1944, he got behind the bar and created a potent libation consisting of J. Wray & Nephew 17-year-old Jamaican rum, orgeat syrup, curaçao, rock candy syrup, and fresh lime juice. It was shaken, poured into a double old fashioned glass, filled with shaved ice, and garnished with a mint sprig.

Bergeron decided to sample the drink with two of his friends from the South Seas—Eastham and Carrie Guild, who had sought escape from World War II in the familiar surroundings of Trader Vic’s establishment. After one sip, Carrie Guild exclaimed, “Mai tai!,” which is Tahitian for “the best.”  And thus, the drink was named.

Since then, Trader Vic’s has become a family-owned international organization of nearly twenty restaurants in England, Europe, and the United Arab Emirates, to name but a few of its locations. Although Bergeron died in 1984 at the age of 81, his grandson, Peter Seely, will be on hand to celebrate Bergeron’s 115th “birthdate,” at the relocated flagship Trader Vic’s restaurant in Emeryville, Calif.

The always-extravagant Trader Vic (to entertain customers, he would dramatically jab an ice pick into his wooden leg, which was not the result of a shark attack, as often hinted, but rather a childhood bout with tuberculosis), will also be there in spirit, in the form of his favorite cocktail. But it will not be the Mai Tai that he had made famous; rather, it will be a rum Old Fashioned.

“My grandfather always said the Mai Tai was his favorite,” recalls Seely, “because he invented it. But when we were together as a family, he drank rum Old Fashioneds.”

However, befitting the image of Trader Vic himself, this birthday drink will be an extraordinary one. Because the original J. Wray & Nephew 17 year old rum is no longer available, an even rarer Jamaican rum will be used, the limited edition Appleton Estate 50 Year Old Jamaica Independence Reserve ($5,000), a Robb Report Best of Best winner in 2013.

Only 70 Glencairn rum-filled crystal decanters had been shipped to the United States, and one of those bottles has been reserved for the Trader Vic’s Emeryville restaurant’s 115th Anniversary cocktail. It is a fitting choice, not only because of the rarity of the rum, but because J. Wray Jamaican Rum now owns Appleton Estates.

Created with two ounces of Appleton Estate 50 Year Old rum, two dashes Peychaud’s bitters, a splash of soda, a sugar cube, and garnished with a Luxardo cherry and an orange peel, each Anniversary cocktail will be served in a numbered commemorative glass on a silver tray and with a certificate (all of which customers will get to keep) and will be priced at $1,210 each, to commemorate the December 10 anniversary date—a bargain, as Seely notes, considering the Appleton 50 Year Old rum by itself normally sells for $600 an ounce. However, at two ounces per drink, there is just enough rum in the decanter to make twelve celebratory cocktails, so beginning on Sunday, December 10, it’s first come, first served.

Six of the cocktails are already spoken for by long-time Trader Vic’s customers, some of whom are coming in from out of state for the occasion. Thus, they will be able to savor what is undoubtedly the most expensive cocktail ever created at Trader Vic’s —a libation that would certainly have made the legendary Bergeron shout, “Mai tai!”