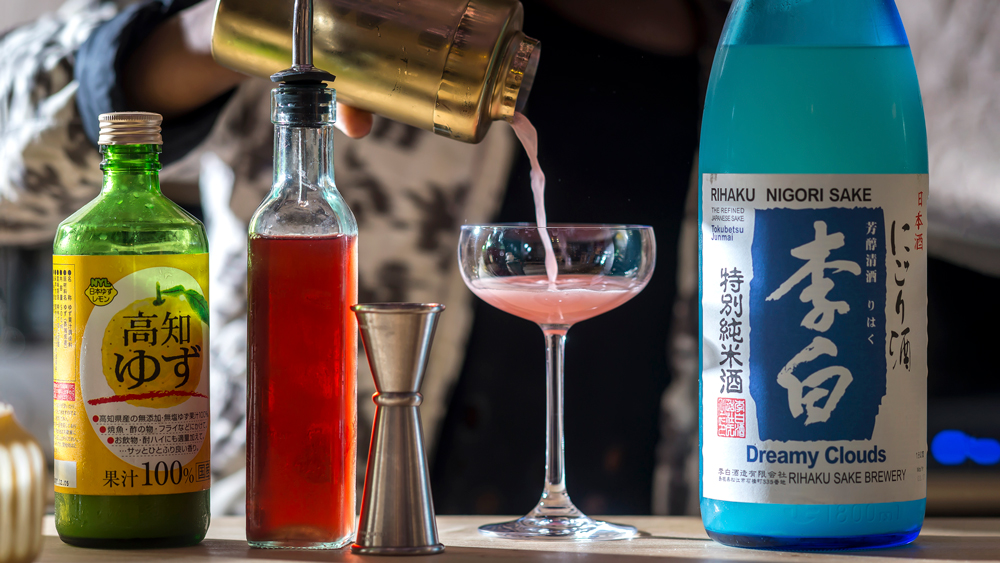 Walk to the back of Air’s Champagne Parlor in New York’s Greenwich Village, descend a steep, twisting flight of stairs, and you’ll find yourself in Tokyo — or at least a pretty good approximation thereof. Tokyo Record Bar is owner Ariel Arce’s downtown NYC take on the Japanese record bar, an experience that includes izakaya dining, cocktails, and a well-curated vinyl playlist.

In Japan, the owners are usually responsible for the soundtrack of the evening, but Arce is more egalitarian, presenting—alongside the cocktail menu—a music menu from which patrons can request songs in writing. Since the small basement space seats only about 20, everyone gets a song during the course of the meal. Arce spins the requests herself; while the playlist isn’t quite hipster (you’re more likely to hear “More Than A Feeling” than deep cuts from the Velvet Underground or some new underground hits), it’s a lot of fun.

The drinks menu focuses on sake, with beer and cocktails available as well. The cocktails are sake-driven riffs on staples like the martini, mojito, and even a pleasantly bitter take on the cosmopolitan. The sake list runs to about 20, with an impressive lineup of Nigori (unfiltered) bottles included. The seven-course izakaya menu includes yellowtail sashimi with sliced jalapeño and sesame oil, sushi with Osetra caviar, and braised pork belly.

The two seatings for dinner, at 6:30 and 8:30, require reservations. At the end of the meal, a palate cleanser of yuzu ice is followed by what Arce calls a “traditional Japanese finale,” a small slice of pizza. For those reluctant to return to the reality of Manhattan, the bar opens up for walk-ins at 10:30, with dishes available a la carte and a DJ calling the musical shots.