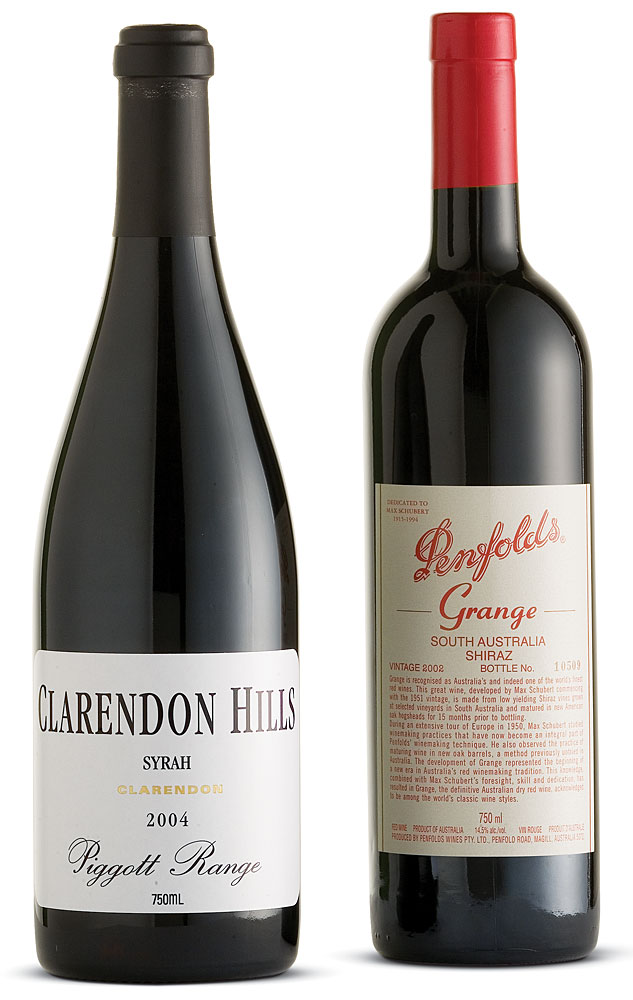 Much is made in the press of the surge of premium wines from Australia, but one wonders how much of this merely results from a surge in the amount of wine the country makes. The Australian wine output is both prodigious (1.43 million liters in 2005–2006) and varied, as vintners Down Under now plant just about every grape imaginable, from Sangiovese to the much-touted Shiraz. Yet, despite the large crop of new producers, a handful of established vintners continue to deliver Australia’s very best.

Perhaps better known to many as Three Rivers, the eponymous label of winemaker Chris Ringland goes onto some of the finest Shiraz to come out of the Barossa and Eden Valleys. Ringland, who makes wines for Rockford, as well as for El Nido in Spain, was catapulted to fame when critic Robert Parker gave his 1996 Shiraz 100 points. The wines are voluptuous and black, with chocolate and coffee characteristics reminiscent of St.-Emilion.

Roman Bratasiuk established this winery in 1989 south of Adelaide. The Clarendon region benefits from numerous venerable vineyards, some more than 70 years old. These gnarled and scarred soldiers, planted in a variety of soils ranging from hard clay to rock and shale, produce beautiful, concentrated, powerful fruit—all adjectives suitable to describing Bratasiuk’s Cabernet Sauvignon, Grenache, and Syrah.

The only negative associated with this small Barossa Valley winery is the scarcity of its wines, roughly 2,500 cases of which are produced each year. Working with consulting winemaker Chris Ringland, owners Annabelle and Michael Waugh craft Cabernet Sauvignon, Grenache, and Shiraz.

This iconic Australian brand had its beginnings in the medical practice of Christopher Rawson Penfold, who made fortified wines for his patients. As demand grew, so did the vineyards, which eventually were managed by Dr. Penfold’s wife, Mary, after his death. Today, Penfolds represents a standard of quality matched only by the First Growths of Bordeaux, and each vintage of its signature wine, the Grange, produced by winemaker Peter Gago, continues to be a revelation.

Founded by owner David Powell in 1994, and named for a forest in Scotland where he worked in his youth, this Barossa Valley winery consistently produces Rhône-style Shiraz and Grenache of tremendous character and body.

New Zealand is a country that seems to inspire enthusiasm in all who visit there, while its wines incite even the most recalcitrant critics to high praise. These encomiums are deserved especially by the Sauvignon Blancs, which have a bracing, mouthwatering acidity; the kudos are somewhat scarce for the reds, of which, most would agree, the Pinot Noir is best.

Located in the Hawkes Bay region, Craggy Range Winery was established by Terry Peabody and Steve Smith, who create small-production wines made exclusively from single vineyards. In addition to their superb whites, these entrepreneurs have produced Cabernet Sauvignon and Merlot of outstanding character and complexity that can certainly compete with those from France or California. Le Sol, a pure, full-bodied Syrah, has a lovely dark purple color, aromas of sweet herbs and lavender, and wonderfully black fruit. Recommended Craggy Range Winery Le Sol Gimblett Gravels Vineyard Hawkes Bay 2004 ($60)