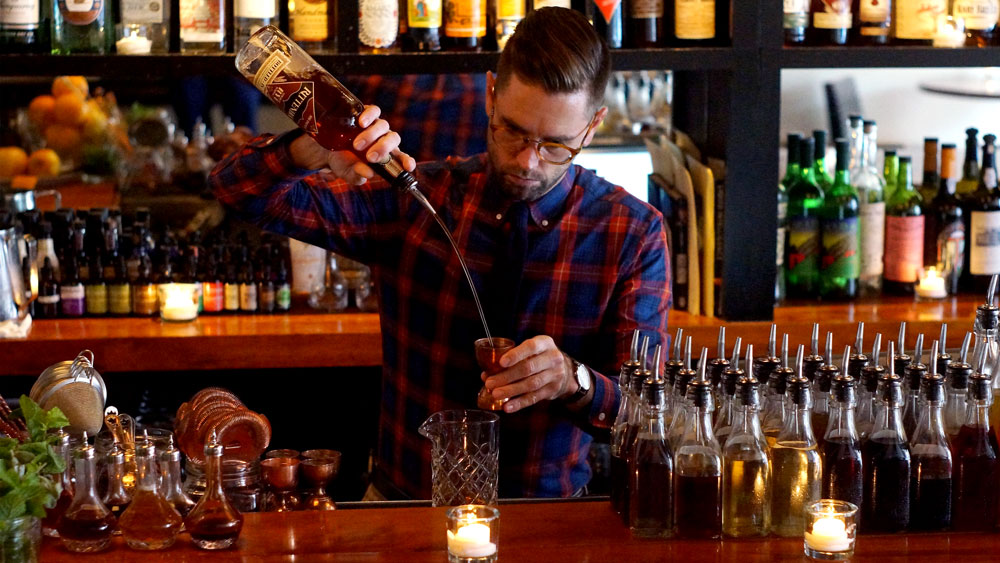 Every July, a preponderance of people from the adult beverage industry gathers in New Orleans for one of the world’s premier cocktail festivals, Tales of the Cocktail. The weeklong event culminates with a glitzy ceremony where the best and brightest of the bar community are lionized with the industry’s highest honor: the Spirited Awards. The list of past winners of accolades such as Best American Cocktail Bar, Best American Bar Team, and American Bartender of the Year reads like a who’s who of hooch in the country’s most prominent cities.

Except for one, that is.

Despite boasting watering holes of, shall we say, “arresting character” on virtually every street corner, Philadelphia—the birthplace of America and the fifth most populated city—has never had a bar or bartender so much as nominated for a Spirited Award. You know that loud noise you just heard? That was Ben Franklin belching bitterly in his grave.

In reaction to this injustice, we caught up with Jeff Jagger, 37, who runs the bar program at Townsend on East Passyunk Avenue in South Philly. Not only is he purported to have moves like, well, you know . . . Jagger has earned a reputation as one of—if not the best—cocktailian working in the City of Brotherly Love.

Philadelphia is one of America’s largest cities, yet the national media and industry awards have largely overlooked the cocktail bars and bartenders here. Why is that?

Philadelphia has an interesting reputation, what with our passionate sports fans and such. But I really do believe that whole persona is changing. We are an enthusiastic and proud city with a thriving dining and beverage culture. For a restaurant or bar to be successful in Philadelphia, you really have to earn it. I think that workaday attitude represents itself in all things Philadelphian. As for why Philly bars haven’t garnered much national attention to date, perhaps we’ve been overshadowed by our close proximity to New York City. To be honest, I’m excited because I believe Philly is starting to get some well-deserved recognition on a national level. Case in point: You’re talking to me.

Yes, clearly fame and fortune is just around the corner.

Look, everyone in the industry wants to be the best they can be at their job. I love what I do. It brings me a ridiculous amount of joy to bartend. I’m always going to be satisfied at the end of the day if I leave work knowing that our guests enjoyed their time at Townsend. That said, taking home a little bit of hardware like a James Beard Award does have a really nice ring to it.

You mentioned Philly’s reputation for being a tough, no-nonsense town. Does that working-class ethos factor in when you’re designing a cocktail list at Townsend?

To a certain degree, sure. Something I keep in mind while assembling our cocktail offerings is to make sure we are interesting and accessible. I guess you could say the service at Townsend is fine dining, but we want you to feel comfortable popping into the bar in jeans and a T-shirt and ordering an Old Fashioned. We try to be original while still paying homage to the classics. It’s important to be creative, but the wheel is round for a reason.

Where are the best places to get a great cocktail in Philly, and who are some of the city’s finest bartenders?

I adore Sacha Durham and Paul MacDonald at Friday Saturday Sunday. The cocktails are ridiculously good, and the food menu is one of the best in the city. I can often be found at Mission Taqueria with Zach Kessler. He and I both share a strong affinity for the daiquiri and its many variations. If I just want to sit down and have a few beers, Good Dog Bar is a favorite spot. Zach Pfeifer can pour a shot and a beer and talk hockey with the best of them.

My money’s on the bartenders.