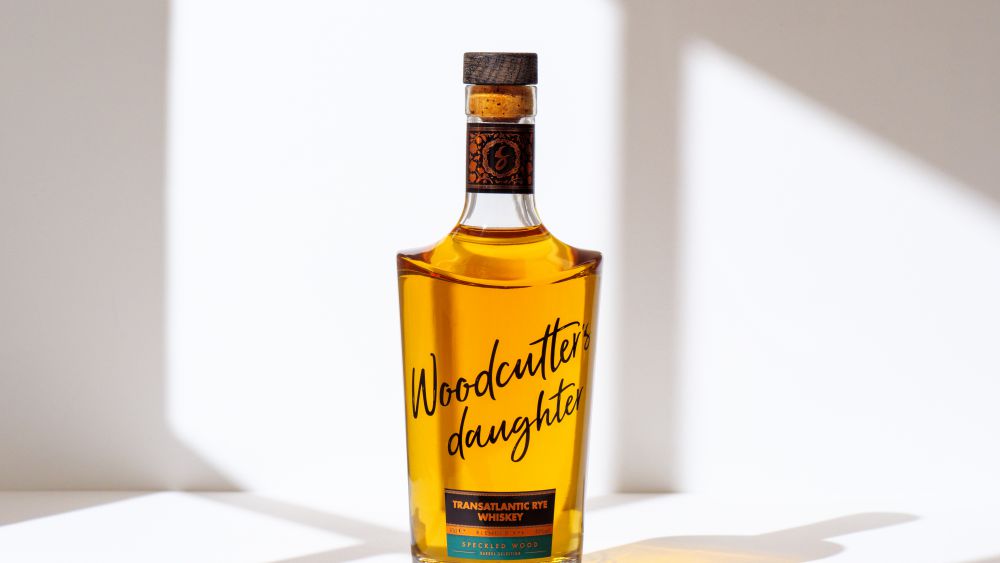 A new rye whiskey from the UK combines liquid from both America and England, making this “transatlantic” whiskey (or is it whisky?) blend further proof of the Special Relationship that exists between both countries.

Woodcutter’s Daughter Rye Whiskey was made at Silent Pool Distillers in Surrey Hills just south of London—well, at least some if it was. This isn’t the first time whiskey from the UK and America has been blended together. Some recent examples include Virginia Distilling Co.’s Virginia-Highland blend of American and Scottish single malt, and High West Campfire which is a blend of scotch, bourbon and rye. But this new limited-edition blend from Silent Pool has its own interesting pedigree.

The rye grain used to make the whiskey came from both sides of the Atlantic, specifically the East Coast of the US, and the methods of distillation differed depending on the location (the name of the US distillery is not disclosed). “Two distillation techniques have been used, one using a pot still, one using a continuous still, one used temperature controlled fermentation, the other not,” said Ian McCulloch, CEO and founder of Silent Pool. The whiskey was aged in both new heavily charred American oak barrels and French oak wine casks for three years, adding floral and berry notes to the vanilla and honey on the palate.

“UK business has a history of creativity and innovation, and in the current economic situation British business needs to do more of what we do best,” said McCulloch. “We need to provide consumers with new product and that’s why we at Silent Pool have turned the accepted historic view of whisky on its head… We found a great production company who share the same values as we do, they just happen to be 3,500 miles away.”

Woodcutter’s Daughter is available in a run of just 1,500 bottles, which you can preorder now.