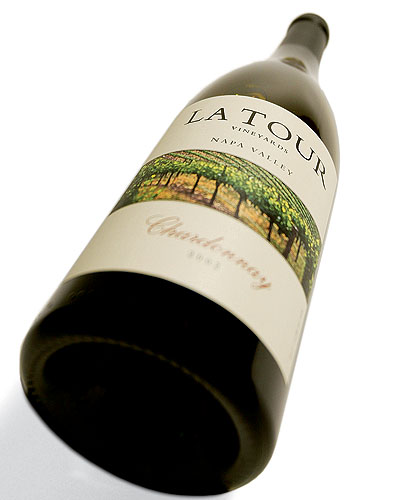 Like a proud parent, Tom LaTour, the chairman and CEO of Kimpton Hotels & Restaurants, has photos at the ready for when the conversation turns to his baby, the 25-acre vineyard on Mount Veeder, overlooking Napa Valley, that he purchased five years ago. Passing the 8-by-10s across the coffee table in a suite at the Onyx Hotel, the 112-room Boston property that Kimpton opened in late spring, LaTour notes that the vineyard produces Chardonnay, Pinot, and Syrah grapes. Then he presents a bottle of his Chardonnay, the 2002 vintage that, with an initial release of 600 cases, marks the debut of the LaTour Vineyards label. “It’s a big, bold, buttery, rich California Chardonnay,” says LaTour.

It is all of those, and as a fixture on the wine lists at the restaurants and lounges in or adjacent to each of the 39 Kimpton hotels in the United States and Canada, the wine is also an example of an executive’s enviable ability to incorporate his favorite pastime into his business plan. “There’s some method to the madness,” says LaTour. “But there’s also a great deal of personal satisfaction of walking around the vineyard on Saturday morning, talking with the guys, working with the horticulturist, and getting in the winery with the winemaker.”

Kimpton’s latest property is a long way—geographically and aesthetically—from LaTour’s vineyard. The 205-room 70 Park Avenue Hotel in the Murray Hill section of Manhattan, formerly the Doral Park Avenue Hotel, opened this summer after a $19 million renovation. “We wanted each room to have the feel of a Park Avenue apartment,” says LaTour. “Everyone, at some point in his life, whether from seeing it in a movie or reading it in a novel, has said, ‘Wouldn’t it be great to have a pied-à-terre on Park Avenue?’ ” Adjacent to the hotel is the Silverleaf Tavern, which offers a wine selection that includes, of course, LaTour Chardonnay.

The wine is also available through the Kimpton Life Wine Society (www.kimptonlifewinesociety.com), a club whose members can purchase rare vintages and receive invitations to private tastings and dinners with winemakers. The wine society is also another example of the boss’s mixing business and pleasure. “You try to create a relationship with the customer in his or her particular area of interest,” explains LaTour, who sends complimentary bottles of his Chardonnay to guests who frequently stay at the hotels. “You want this customer to be able to say, ‘Well, I know that guy. He’s a winemaker.’ ”

The 60-year-old LaTour took up the craft strictly as a hobby in 1990, when he and his wife, Barbara, purchased a weekend home in St. Helena in the Napa Valley, planted grapevines on the one-acre lot, and made wine from the harvests in the garage of his San Francisco home. However, LaTour’s introduction to the vintner lifestyle came much earlier, in the late 1970s, when he ran the Silverado Country Club Resort in Napa. “I got to meet many of the winemakers in the area—Bob Mondavi, Joe Phelps—and I got the sense from them that this was a pretty neat lifestyle, and decided someday maybe it would be fun to have a vineyard. It took a while, but we did it.”