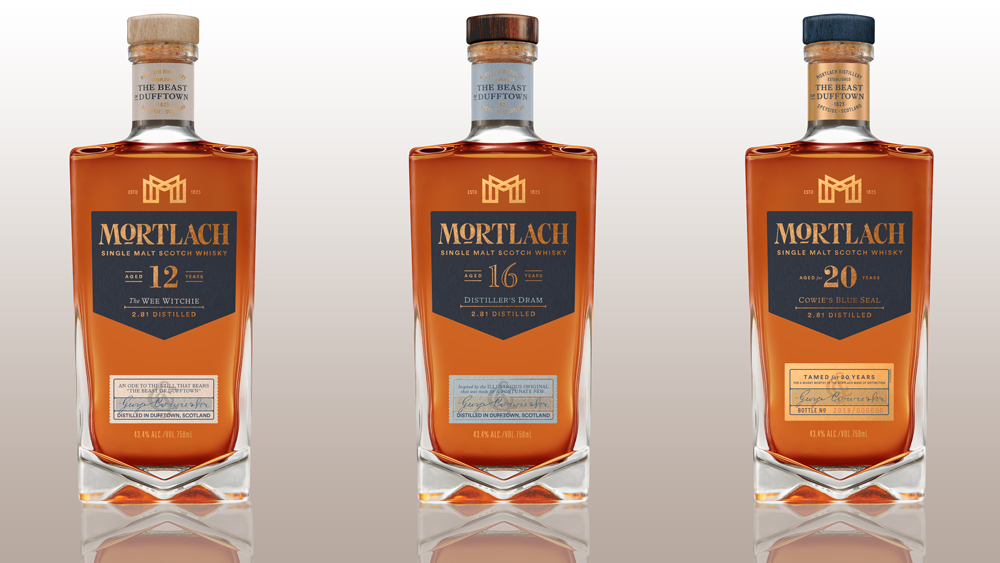 Distilled in Speyside since 1823, Mortlach single malt has long been called “The Beast of Dufftown” for its intense, muscular complexity. This distinguishing characteristic is the result of the distillery’s atypical arrangement of pot stills and tubings that were installed in 1897 by then-owners George Cowie Sr. and his son, Alexander Cowie.

Under the Cowies’ stewardship, the number of stills was doubled from three to six. And contrary to Scottish whisky-making tradition, these stills were not alike. Thus, their disproportionate shapes and sizes resulted in three different styles of single malts. And rather than double distilling the spirit—thanks to an intricate maze of copper tubing—it was distilled 2.81 times, adding yet another dimension of smoothness and complexity to the final product. These factors all worked together to create Mortlach’s meaty individuality, which throughout the brand’s history has also been defined by an underlying peatiness.

It’s a small wonder that Diageo, which became the owner of Mortlach through corporate consolidations that had begun in 1923, eventually commandeered most of this rarified whisky for its Johnnie Walker blends (which themselves are defined by an underlying smokiness). The few scarce bottles of Mortlach single malt that were available to the public were only as periodic limited editions by independent bottlers or offered by the distillery itself. But finally, due to a rather vocal demand among whisky aficionados, in 2014 a new four-bottle series of Mortlach single malts was introduced: Rare Old, which does not have an age statement; Special Strength, for duty-free sales; and an 18 and a 25 Year Old expression, the latter of which became a Robb Report Best of the Best winner in 2015.

But now, with the ongoing expansion of the Mortlach distillery to meet a growing demand, three new age-dated single malts are being introduced that—for the first time in this iconic whisky’s history—do not carry any semblance of smoke.

The first is Mortlach 12 Year Old Wee Witchie ($50), named after the smallest of the distillery’s stills, which (somewhat ironically) maintains the strongest distillery character. Spicy and floral with essences of peaches and honeyed citrus, it is closest to the flavors of the spirit as it comes off the second still. Matured in ex-bourbon and European sherry casks, it is perfect for late afternoon or twilight sipping.

Next in intensity is Mortlach 16 Year Old Distiller’s Dram ($100), which was inspired by a somewhat similar 16-year-old Mortlach whisky that was released in 1992 for a fortunate few distillery workers and collectors. Matured in a mixture of refill and first-fill American and European oak sherry casks, the whisky tastes of sweet walnuts and dried fruit, and its whiffs of heather make this a noticeably more intense whisky than Mortlach’s previous 16 Year Old Flora and Fauna version—and, in our opinion, it’s the best of the three new offerings.

And finally, there is Mortlach 20 Year Old Cowie’s Blue Seal ($200), which references the discovery in 1973 by Alexander Cowie’s daughter of a box of 12 carefully packed bottles of whisky that had long been forgotten. They were her father’s private stock, dating back to 1909. These bottles sported a seal of deep blue, which is now incorporated on every Mortlach label. The whisky itself is brimming with candied cherries, honeyed cedar, and oak, with a hint of caramelized apples in the finish.

All three of these whiskies have been bottled at 86.8 proof, which happens to be the original bottling strength of Mortlach back in the early part of the 20th century. However, none of these expressions carry even the slightest hint of peat. They don’t need it, for by preserving its legendary body and strength and remaining true to its heritage—even without the smoke—Mortlach remains a formidable dram.