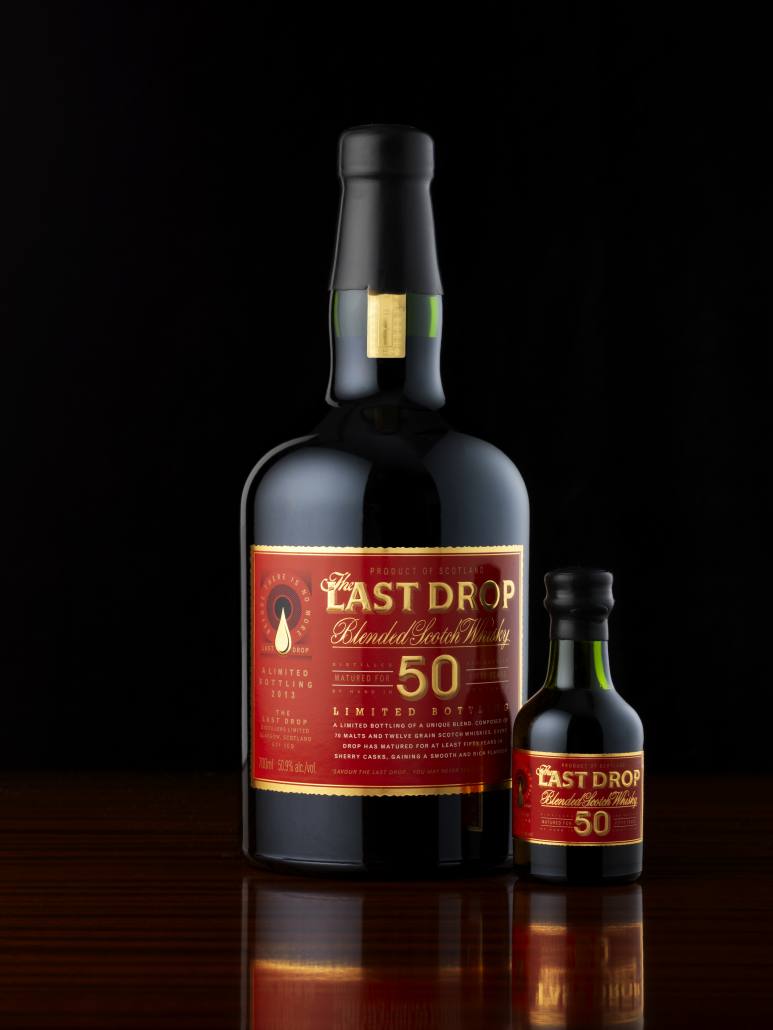 The noted spirits entrepreneur James Espey is perhaps best known for launching such iconic luxury whiskies as Johnnie Walker Blue, Chivas Regal 18 Year Old, and the Classic Malts. He is also the man behind the creation of Keepers of the Quaich, one of the most revered Scotch-whisky societies in the world. In 2008, Espey helped launch the Last Drop, a company devoted to seeking out and bottling the last vestiges of some of the world’s rarest whiskies.

The company’s latest discovery is the Last Drop 50 Year Old Blended Scotch Whisky ($4,000), which is composed of 82 different whiskies—70 single malts and 12 grain whiskies—many from distilleries that no longer exist. These carefully selected spirits were discovered from stocks that were meticulously blended together back in 1972—after the youngest of these spirits had already aged for 12 years—and then they were left in the barrels to marry. As it turns out, three of the blended barrels were somehow overlooked for decades in the distillery’s warehouse, where they continued to age until Espey discovered them in 2008. Some of the liquid was then bottled and some was placed into ex-sherry barrels. In 2013, the latter was bottled at 101.8 proof as the Last Drop 50 Year Old Blended Scotch Whisky.

By then, after a half century, most of the whisky had evaporated, leaving only enough to fill 388 bottles—making this release the Last Drop’s most limited offering to date. As the golden-brown whisky is poured, the heady aroma of dried figs and prunes fills the senses and continues on with the first sip, which is accompanied by a thick texture of sherried honey derived from the finishing barrels.

Each bottle has been packaged in a red-leather presentation case and is accompanied by a signed and numbered leather-bound tasting book. Also included is a 50 mL miniature of the 50 Year Old blend, so that this rare whisky may be sampled while still preserving the unopened 750 mL bottle for investment or for future generations to enjoy. (www.lastdropdistillers.com)