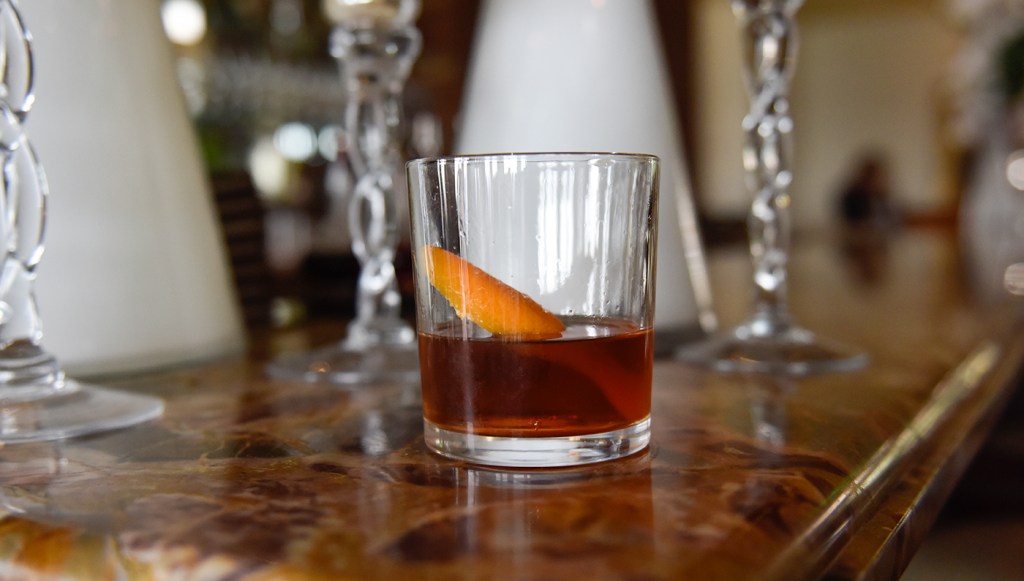 The Montage Laguna Beach resort, stretching majestically along the cliffs overlooking Southern California’s Pacific coast, may not seem to have much in common with the 1¼-mile oval dirt track of Churchill Downs in Kentucky, but both share a common link to the Triple Crown, the most prestigious championship in thoroughbred horse racing.

Achieving this famed trifecta can only be accomplished by winning the Kentucky Derby, traditionally held on the first Saturday in May (this year, May 6), then the Preakness Stakes two weeks later, and finally the Belmont Stakes in June. Since 1875, when the event was inaugurated in the United States, there have only been 12 Triple Crown winners.

However, that was inspiration enough to motivate the former head bartender at Studio Restaurant at Montage to create the Triple Crown cocktail, which combines three classic cocktails—the Sazerac, the Old Fashioned, and the Manhattan—into one drink. This recipe uses Michter’s Single Barrel rye, house-made bitters, Nonino amaro, sweet vermouth, and a rinse of Cynar amaro for aroma.

The cocktail is no longer on the menu, but it can be specially requested. Or you can make it yourself. Here’s the recipe:

Stir rye, Amaro Nonino, vermouth, and orange bitters in a mixing glass with ice until chilled, then strain into a rocks glass (no ice) previously rinsed with Cynar. Garnish with an orange peel.

Needless to say, the Triple Crown has become one of Studio’s most requested cocktails. After all, everyone loves a winner. (montagehotels.com)