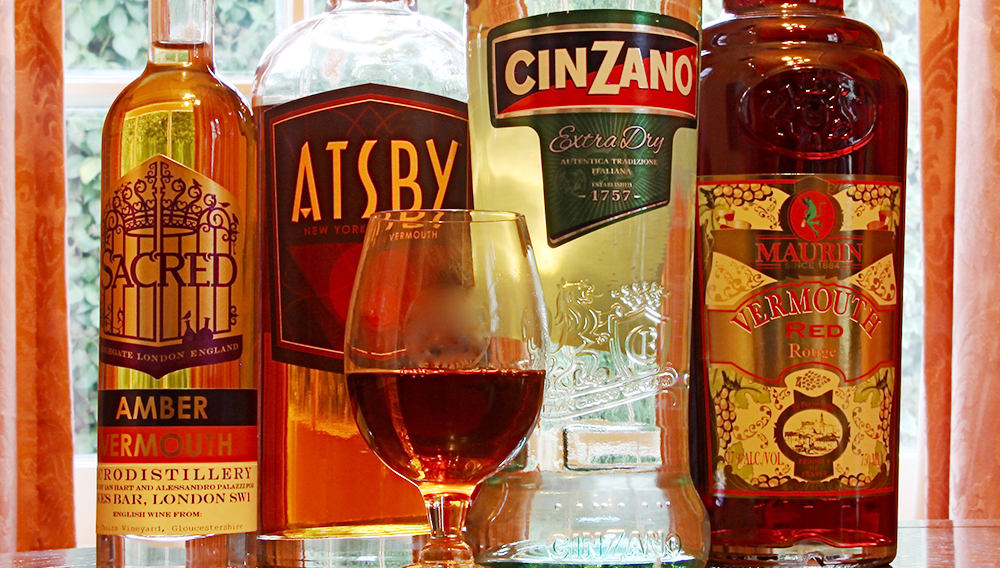 Vermouth is perhaps the most misinterpreted beverage in the United States. In its present form, the fortified wine has been around since the mid 18th century, when it was created in Turin, Italy, as an aperitif with medicinal effects. In Europe, vermouth has long been popular as a refreshing drink on its own; only in recent years has it emerged as a versatile component in a variety of inventive cocktails. In the United States, however, vermouth is typically thought of strictly as an ingredient for martinis and Manhattans—but it is much more dynamic than that.

Most vermouths are made with red or white wine that has been infused or macerated with botanicals and then fortified with brandy (and sometimes sweetened with natural additives such as sugar or caramel). It is then aged in either stainless-steel tanks or oak barrels. While most vermouth comes from Italy and France, there are no geographical limitations on its creation; vermouth can be made anywhere. In fact, U.S.-made craft vermouths are a fast-growing spirits category. Examples include Vya from Madera, Calif., Uncouth Vermouth from Brooklyn, and Atsby from Mattituck, N.Y. Another notable U.S. brand is Gallo, in Modesto, Calif., which produces the ubiquitous sweet and extra-dry varieties, but Gallo is far from being a small-scale operation.

Every vermouth—whether sweet or dry, red or white, no matter where it is made—has two common characteristics: low alcohol by volume (usually ranging from 12 to 30 percent) and relatively low cost (averaging $14 to $30). The ingredients and techniques used to create different vermouth varieties lend them their distinctive flavors. Two classic examples are Italy’s Martini (formerly known as Martini and Rossi), which celebrated its 150th anniversary in 2013, and the French-made Noilly Prat, which celebrated its 200th anniversary last year.

Noilly Prat’s Original Dry vermouth is still made according to an old family recipe, which involves aging and infusing a sweet white wine and others made from Picpoul and Clairette Blanche grapes with an herbal blend that includes Roman chamomile and gentians from France, nutmeg from Indonesia, and bitter orange from Tunisia. The sweet wine ages for one year in Canadian oak casks located in the cellar, while the Picpoul and Clairette wines are oxidized and aged in well-used, bland oak barrels outside in the courtyard. These wines are then blended together and married in barrels with a carefully prepared combination of 20 herbs and spices. The vermouth is then filtered, aged for an additional six weeks, and finally bottled. Noilly Prat Rouge, which is also made with local white wines, uses a different combination of herbs and spices, including saffron from Greece, cloves from Madagascar, and cacao beans from Venezuela. To celebrate its bicentennial, Noilly Prat is exporting to the United States a limited number of bottles of Ambré, an amber-colored vermouth that uses an enhanced combination of 45 spices and herbs, including cardamom, cinnamon, and lavender. Previously, Ambré was only available at the Noilly Prat distillery in Marseillan, France.

By contrast, in Pessione, Italy, Martini undergoes a completely different process that involves the maceration of herbs and fortified wines in a hydroalcoholic solution that results in a very concentrated liquid, which is aged, pot distilled, and then aged again in stainless-steel tanks. But to celebrate its 150th anniversary, Martini is exporting a one-time offering of Gran Lusso (Great Luxury), which was inspired by the original Vermouth Lusso, a 1904 recipe recently discovered in the brand’s archives. This formula uses Barbera and Trebbiano wines, combined with an exclusive aged extract (a secret formulation known only as “extract 94”) and then aged for eight years in oak barrels—making it the only Martini vermouth to be wood-matured. With its original bittersweet taste profile, Gran Lusso adds depth and complexity to drinks such as a Rob Roy (a cocktail typically made with scotch, sweet vermouth, and bitters), and it is enjoyable when sipped straight over ice.

To think of vermouth as merely an ingredient in a martini is to do an injustice to a very light, refreshing, and distinctive wine. For example, the French vermouth Dubonnet makes both a Blanc and a Rouge, the latter of which Queen Elizabeth II enjoys mixed in her daily glass of gin. And in Noilly Prat’s home city of Montpellier, France, under the 13th-century vaulted stone ceilings of the Cellier et Morel restaurant, Noilly Prat Original Dry is served over ice, with a few fresh drops of lemon, in a glass rimmed with lemon zest. Meanwhile, in Pessione, a new cocktail called the Martini Royale is growing in popularity. Born just a few years ago, the Martini Royale consists of equal parts Martini Blanco vermouth and Prosecco poured into an ice-filled glass with a fresh lime wedge and garnished with a sprig of mint. The AquaKnox restaurant in the Palazzo hotel in Las Vegas serves a superb signature drink, the Rye Not, using Rittenhouse Rye, Disaronno amaretto, Fee Brothers orange bitters, Luxardo maraschino Liqueur, orange zest, and, most importantly, Carpano Antica vermouth. Other examples growing in popularity include Carpano Antica Formula, a rich vermouth made from red wine and based upon a 1786 recipe, and Extra Dry, Rosso, and Bianco vermouths from Cinzano, which has been around since 1757 and is only now being rediscovered by a new wave of mixologists.

A good way to determine which vermouth best suits individual taste preferences is to conduct tasting flights of examples from several brands. To help increase vermouth’s typical one-month shelf life after the bottle has been opened, pump the air out of the bottle and store it in the refrigerator. Whether served by itself as an aperitif or mixed in cocktails, this old drink is truly one of most versatile (and largely unsung) spirits.