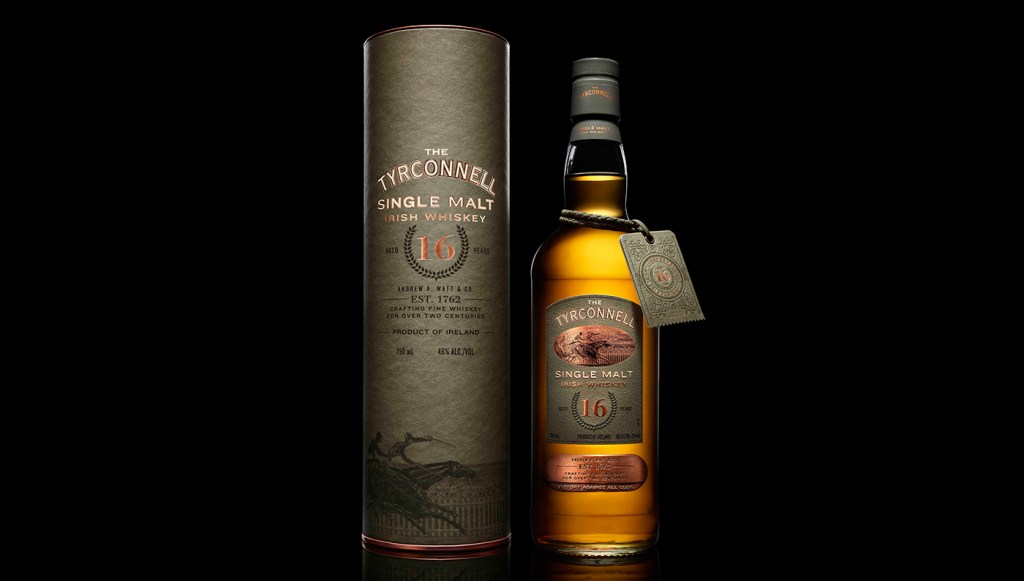 Back in 1876, when thoroughbred racing was indeed the Sport of Kings, a long-shot chestnut colt by the name of Tyrconnell is said to have shocked the whole of Ireland by winning one of the country’s biggest stakes races. The horse’s owner, distiller Andrew Alexander Watt, was so enamored of his newly minted champion that he named a whiskey after him. Not even the great Secretariat can lay claim to such an honor.

The Tyrconnell Single Malt Irish Whiskey’s fortunes have risen and fallen in the ensuing 140 years, but over the past decade, in particular, the brand has done a fine job positioning itself as a covetable niche whiskey in a crowded market. The resurgence is sure to get a boost this month, with the release of the Tyrconnell 16 Year Old ($100).

The 92-proof whiskey is made in a traditional pot still at the Cooley Distillery in County Louth, where Kilbeggan is also produced. It’s mid-gold in color, the result of having rested in ex-bourbon casks. Tropical fruit teems on the nose, with a bit of honey and biscuits in evidence as well. In the mouth it’s oily off the bat, then comes a burst of green apple and pear flavor. It’s medium-bodied and has a refreshing minty component that plays well with the dry oak tannins. The finish is warm and malty. Best enjoyed neat or with ice. Available in very limited quantities. (tyrconnellwhiskey.com)