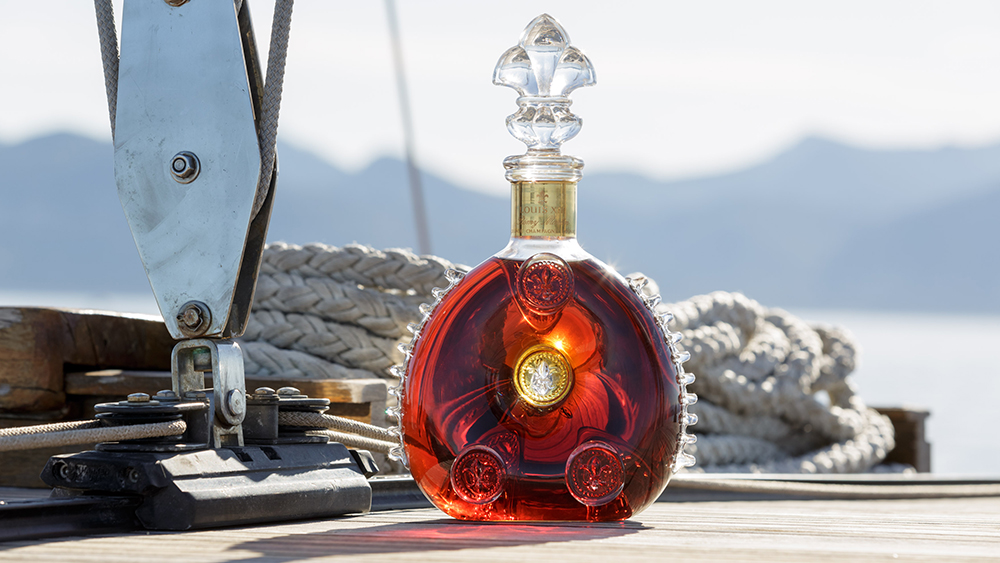 This holiday season, there are plenty of spirits to consider gifting, including many new bottles that fall into the ultra-premium category. From tequila to single malt scotch to rye to French whisky, there is something for every person’s individual taste. Some of these come in upscale collector’s item bottles that can be displayed when empty, while others are literally the last drops of liquid distilled decades ago. Here are 15 new limited-edition and high-end bottles of booze to look out for this year.

This new release from Clase Azul will likely be an instant collector’s item. While all of the Clase Azul handmade ceramic decanters are intricate, this one is of particular interest. It’s the first in a series of tequilas called Nuestros Recuerdos that is meant to commemorate Día de Muertos and will continue through 2025. The inaugural release is called Sabores (“flavors”), and is the brand’s first single estate tequila, meaning the agave used to make it came from just one field. It’s an añejo expression that blends tequila aged for at least 14 months in both ex-bourbon barrels and virgin charred American oak casks, giving it notes of smoky oak, vanilla, chocolate and coconut that intermingle with the agave’s grassy and earthy flavors. The matte black decanter is ornate, with gold-plated skulls and artwork depicting skeletons enjoying a Day of the Dead feast. Future releases in this series to look out for will include: Aromas, Colores, Música and Recuerdos.

Vermont distillery WhistlePig has released a new expression in its high-end Boss Hog series almost every year since 2013. Last year’s Magellan’s Atlantic was a standout in the series, so how does the 2021 installment stand up? LapuLapu’s Pacific is WhistlePig’s sourced rye whiskey, aged for almost 18 years in new American oak barrels, followed by a finish in toasted casks that originally held rum from the Philippines for 7-10 years. The whiskey is named after LapuLapu, the Filipino folk hero who defeated explorer and colonialist Magellan and helped to drive the Spanish from his country. There have been rye whiskeys finished in rum casks before, but the use of Filipino rum barrels is relatively uncommon. The rye’s inherent spice is surrounded by notes of brown sugar, molasses, banana and tropical fruits, the result of this secondary maturation period.

The Dalmore is a Scottish distillery known for its luxury releases, like the recent Decades collection priced at $275,000 for a set of five vintage whiskies. This 30-year-old is much more affordable, but still an aspirational find. The 2021 edition was double matured, first in ex-bourbon barrels and then in Graham’s 30-year-old tawny port pipes to finish. This has infused this decadent liquid with notes of blackberries, currant and almond, that complement a background of vanilla and tropical fruit. The bottle comes housed in an elegant purple case with The Dalmore’s silver stag emblem emblazoned on the front.

Every cognac house has its own special premium expression, usually a blend of rare, aged eaux-de-vie that is housed in a fetching crystal decanter. Of course, Courvoisier has its own luxury offering, L’Essence de Courvoisier, a blend of cognac that contains liquid which the brand says dates back as far as the early 20th century. That doesn’t mean that all of the liquid in this bottle is over a century old, but certainly some can be traced back that far, along with younger cognac selected to balance the blend. This is a wonderful sipping spirit, with notes of licorice, plum, sandalwood and tobacco on the palate.

Hopefully you’ve had the chance to try some ultra-aged whiskey before, perhaps a single malt that has spent several decades inside a barrel. At 125 years old, a whiskey might not really taste that good, but this rare release from port house Taylor Fladgate is exquisite. It was produced from a single harvest back in 1896 and spent well over a century aging in oak before being bottled in a bespoke Scottish crystal decanter inside a cherrywood box, making it a nice showpiece for your home. The palate is floral and rich, with notes of chocolate, black pepper, spice and a nice balance between sweetness and acidity.

D’usse is widely known for two things: its bottle design with a striking Cross Of Lorraine emblem, and the fact that the brand was cofounded by hip-hop artist and entrepreneur Jay-Z. But appearance and celeb backing aside, the cognac is well regarded. Last summer saw the release of this expensive limited-edition bottle. This is a single barrel release, limited to just 285 bottles, which explains its hefty price tag. The 1969 Anniversaire is a single batch of eaux-de-vie from Grande Champagne, and according to cellar master Michel Casavecchia, about two-thirds of the spirit was lost to the angels as it aged for decades in the cognac house’s cellar. Look for notes of toasted nuts, chocolate, fruit and cigar on the palate.

This single malt scotch spent nearly 30 years aging in Bowmore’s famous warehouses, which are some of the oldest on Islay. For the first 15 years the whisky rested in ex-bourbon barrels, before being transferred to first-fill Oloroso sherry casks for its final 12 years. In other words, this isn’t a sherry cask finish, it’s a full secondary maturation that has infused the whisky with notes of stewed fruit, toffee, spice and chocolate-covered espresso beans. Just 3,000 bottles were produced of this single malt, which was bottled at cask strength of 52.7 percent ABV. Also, check out the short film created by French director Thomas Vanz online, created as a companion piece to highlight the journey that this whisky underwent from distillation to bottle.

Louis XIII is produced by the Remy Martin cognac house, but this luxury spirit soars far beyond the regular lineup, which is already quite good. Over 1,200 eaux-de-vis from Grande Champagne are blended together in a bottle of Louis XIII, all of which have been aged in French limousin oak. The brand’s focus is more on the legacy of its cellar masters than an age statement, but the cognac in the blend is typically said to be somewhere between 40 and 100 years old. The resulting spirit is luscious, with notes of ripe fruit, candied citrus, vanilla, oak and spice. A special cognac like this surely should come in a decanter that lives up to the quality of the liquid within, so the bottle is made of hand-crafted crystal. The neck contains 20-karat gold and the stopper is embedded with a chip that gives you access to the Louis XIII Society where you’ll find exclusive content online. Louis XIII is truly a classic in the world of luxury spirits.

Courtesy of the Van Winkle family

By now you are certainly well aware of the legendary Pappy Van Winkle. This wheated bourbon, distilled at Buffalo Trace (although the older bottles out there may still contain Stitzel-Weller produced whiskey), is as well known for its fame as it is for its quality. Of course, you can find cheaper bottles out there that have a similar flavor profile, like WL Weller (although this isn’t so cheap anymore) or even, arguably, Maker’s Mark. But these are much younger bourbons, so for those who insist on the real deal be prepared to pay a premium. There are expressions ranging from 10 to 23 years of age, the latter of which has as many fans as it does detractors because of how oaky it is. The best bottle in the lineup is probably Pappy 15, which hits the sweet spot as far as aging and combines intensely fruity notes with sweet flavors of caramel and vanilla into an excellent (and expensive) drinking experience. Any of the Pappy expressions can be tough to find online, but if you’re in New York, you can currently get the 15 and Old Rip 10 Year delivered to your door same day.

Patrón is known as one of the world’s best-selling ultra-premium tequila brands, but there are some expressions available that put an even higher premium on that premium. Patrón en Lalique: Serie 2 is a decadent extra-anejo tequila meant for contemplative sipping. It’s aged for eight years in a combination of French oak casks, sherry butts and American oak barrels. This extended maturation period in different types of wood puts this tequila on par with a fine single malt or cognac. While the earthy notes of agave are still present, a myriad of rich, syrupy, chocolatey flavors mingle together into a completely unique flavor profile. The bottle is made of beautiful Lalique crystal and comes housed inside a wooden box that spins open, ensuring a showstopping presentation.

Fettercairn is a Highland distillery with a long history dating back to the first half of the 19th century, though the general public might not be so familiar with the name. The core lineup consists of whiskies aging from 12 to 50 years old, but now a 46-year-old whisky has joined the family. It was distilled on May 8th, 1973 and aged for most of its time in ex-bourbon barrels, with four years spent in 40-year-old Tawny port pipes as well. This infused the vanilla and oak top flavors with notes of tropical fruit, coffee and a touch of licorice on the palate. The whisky was bottled at 42.5 percent ABV with no chill filtration or color added.

Rum does not generally achieve the same soaring price range as whiskey or cognac, even when it’s been aged for decades. There are exceptions, however, like this rare expression from Black Tot. What makes this rum so unique is that it’s an historical artifact of sorts, the last available liquid from the British Royal Navy’s stocks that remained untouched for 40 years in stone flagons. Since then, it has occasionally seen the inside of a glass for royal occasions, but Black Tot has obtained this storied liquid and bottled it at 95 proof, which the brand says is very close to “the original Navy issuing strength.” Take a sip and let this rummy time machine transport you back to the days of British naval bicorn hats.

The Macallan’s Fine & Rare collection contains some of the most expensive vintage-dated single malts you can find that are not for sale at auction. These whiskies are hard to obtain and coveted by collectors when they do manage to score a bottle. The most recent release is the 1993 edition, aged in sherry casks (as nearly all Macallan is) for 27 years and is bottled at 50.2 percent ABV. Expect to find notes of chocolate, cinnamon, ginger and leather. And yes, expensive whisky like this is bound to sit on a collector’s shelf for many years, but if you have the means why not buy one bottle to save and one to sip. After all, you can’t enjoy whisky unless you actually pour a dram. Interested buyers should contact the distillery at inquiries.us@themacallan.com.