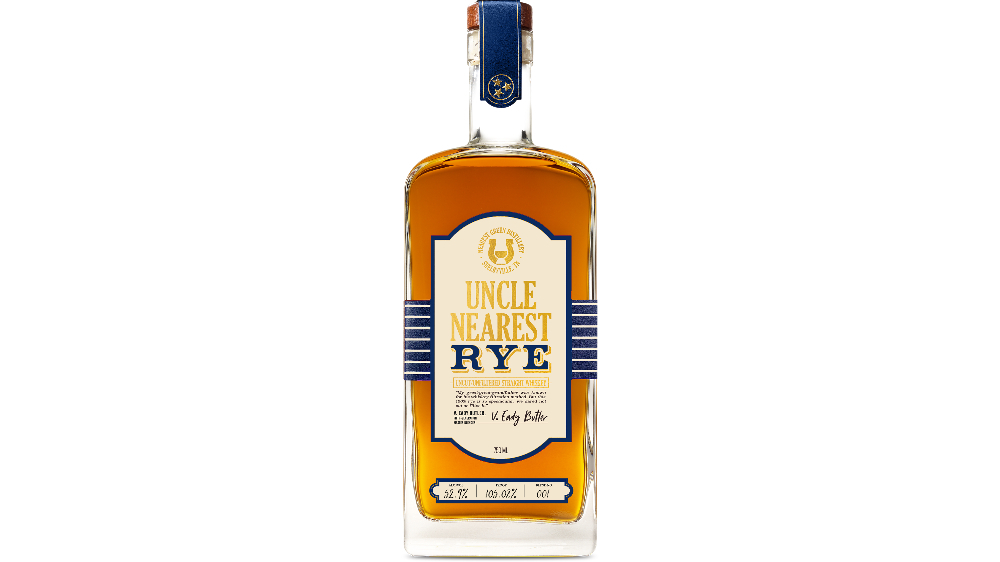 Uncle Nearest has made a big impact on the whiskey world since it launched a few years ago, and continues to expand its core lineup with new expressions. The latest is a rye whiskey, which for now is only available at the distillery but will be in wider release over the coming months.

Uncle Nearest is named after Nathan “Nearest” Green, the formerly enslaved man who is now recognized as teaching Jack Daniel to distill and is credited as being the first master distiller of his namesake Tennessee whiskey. Fawn Weaver founded the brand in 2017, and it has exploded in popularity over the years, with Victoria Eady Butler, a descendant of Green’s, now holding the title of master blender. The Shelbyville, TN distillery only opened its doors last year, so the whiskey released under the brand name was sourced and is now a combination of contract distilled and sourced, depending on the expression. But this new rye whiskey is the first of this style to be part of the portfolio.

The official name is a long one—Master Blend Edition Portfolio: Uncle Nearest Uncut/Unfiltered Straight Rye Whiskey (the first in this new series). The whiskey actually comes from Canada, but according to the brand it was made in the American style of straight rye whiskey. That means there has to be at least 51 percent rye in the mash bill (this is actually 100 percent rye) and it’s aged in new charred oak barrels for at least two years, as opposed to rye from Canada that may or may not contain that type of grain and can be aged in used barrels. It was matured in New York for a minimum of four years before heading to Tennessee, and while this is a distillery-only release there will be future rye releases that will be more widely available like a straight rye and single barrel rye.

The whiskey is uncut and unfiltered, as indicated by the name, so this inaugural batch clocks in at a relatively high 119.7 proof. As Butler puts it on the bottle’s label, “My great-great-grandfather was known for his whiskey filtration method. But this 100 percent rye is so spectacular, we dared not cut or filter it.” The whiskey has some heat on the palate, along with black pepper, vanilla and a surprising amount of fruitiness to it—apple, orange and even some red berries. There’s a bit of young graininess on the palate as well, and overall this is completely different from other Uncle Nearest whiskeys—which, by its very nature, it literally is. It seems unlike there will be a Tennessee rye whiskey in the near future, however, as the bottle’s back label makes it clear that rye doesn’t grow very well in the Volunteer State. But fans of Uncle Nearest should definitely give this Canada-New York-Tennessee whiskey a taste.