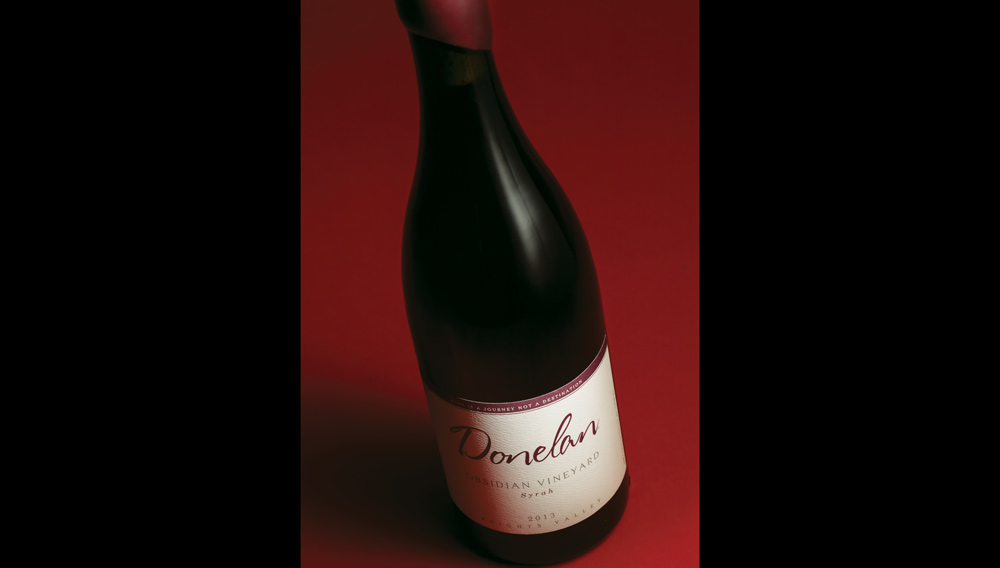 The same asset that enabled Joe Donelan to prosper as vice president of A.T. Clayton—an East Coast enterprise supplying paper to catalog and magazine publishers—prompted him to launch a new career as vintner: a genuine affection for others. “Deep down, if I had to characterize myself,” says Donelan in his brash New England accent, “I love people. That is my whole makeup.”

The friendship that transformed the executive’s life was with Michael Fahey, the sommelier at Toppers Restaurant on Nantucket, where Donelan dined often in the late 1980s and early 1990s. Through Fahey, Donelan sampled varietals and vintages from across the globe and developed a particular fondness for the best of Burgundy and the northern Rhône. This growing appreciation for fine wine found a practical outlet when Donelan invited some of his suppliers in the paper business on a junket to Napa Valley and Sonoma County and hired Fahey as a guide. “He was my shining star to sort of learn about the wine business,” Donelan says.

This expedition led to others—to California’s Central Coast and then to France, Italy, and eventually Spain, where Donelan honed his palate and his plans. Smitten by the idea of creating his own wine, in 2000 he took on the young, aspiring winemaker Pax Mahle and his wife, Pam, as minority partners in a new Sonoma label, Pax Cellars, which produced single-vineyard Syrahs and Rhône-style blends. “I was the money guy,” says Donelan, “but I wanted to make great, great wine.”

The Pax Cellars releases received critical praise, but by 2008, Mahle and Donelan had parted ways. “We rebranded under our own name,” Donelan recalls, and from that point on, the emphasis at Donelan Family Wines was decidedly on family. “My oldest son, Tripp, has been working with me for 10 years, selling the wine direct. And Cushing joined the company three years ago to handle the marketing. Each of the boys really has a different role in the company.”

Family names are affixed not only to the winery’s office doors but also to the labels of its portfolio of small-production, site-driven Syrah, Grenache, Roussanne, Viogn­ier, Pinot Noir, and Chardonnay. Cuvée Christine is named for Donelan’s wife, the family matriarch, while the exquisitely perfumed Genevieve’s Block Chardonnay honors his second granddaughter.

The undoubted star of the current 2013 vintage, however, most eloquently expresses familial pride through its astounding complexity and power. The 2013 Obsidian Vineyard Syrah ($125) presents layered veins of aroma and flavors: Charcoal, espresso, liquid smoke, and citronella provide pungent accents to sweeter notes of blackberry, cassis, cured bacon, and maple sugar. Masterful efforts such as this have earned the winery some rather impressive scores, but relationships—with the soil and with his kin—remain the focus for Donelan. “It’s all about working with people,” says the patriarch, whose delight in collaborating closely with his sons finds expression in two forthcoming releases. “With the 2013 vintage, we’ll come out with Tripp’sBlock, a Pinot Noir that’s very Pommard-like,” he exults. “And with 2014, we’ll have Cushing’s Block, which will be more like Chambolle-Musigny.”