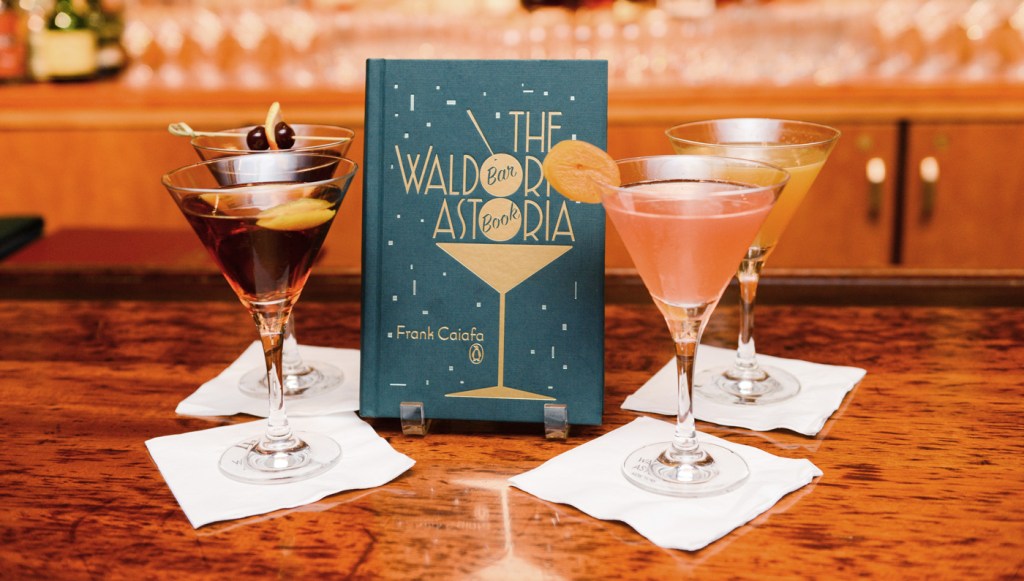 Prohibition ended in 1933 with the repeal of the Volstead Act, and drinking in the United States—which had, of course, never entirely ended—returned with fervor. By the following year, The Old Waldorf-Astoria Bar Book was published. It was a revision of a 1931 book, Old Waldorf Bar Days, which had been compiled by Albert Stevens Crockett—a newspaperman who’d never worked in a bar. Both books contained hundreds of cocktail recipes from the bar at the great hotel. Unlike most other cocktail books of its era, The Old Waldorf-Astoria Bar Book never went out of print, although its recipes were never terrific from the start. Over the years, the book’s usefulness became increasingly questionable as drinking preferences and ingredient availability changed over the decades.

Now, more than 80 years later, The Waldorf Astoria Bar Book has been thoroughly updated (appropriately dropping “Old” from the title as well as the hyphen, which the hotel no longer uses) and is now essential reading for professional and at-home bartenders alike. Frank Caiafa, who has served as the bar manager of the hotel’s Peacock Alley bar since 2005, spent years testing the old tome’s recipes and updating them to suit modern drinking styles. Caiafa includes notes on each drink’s history and also introduces his own creations, such as the Cole Porter, which is a twist on the whiskey sour and is named for one of the hotel’s most notable former residents. Bar Book also includes practical advice for at-home bartenders from how to stock your home bar to basic drink-making techniques.

Here’s Bar Book’s updated version of a classic along with a modern variation from Peacock Alley and Caiafa’s notes on both.

This recipe was adapted from Old Waldorf Bar Days, in which Crockett writes, “Perhaps [named] after John Jacob of that name; perhaps after William Waldorf, his cousin; however, chances are, it was originated either at the old Astor House or the Astor Hotel, and took its name from its bar of nativity.” It’s also one of the rare drinks (though there are a few in this book) in which citrus is added less as an ingredient and more as a vehicle for tannin and acidity. This is why I recommend stirring when preparing, as I would think they did at the Old Bar. I also took the liberty of adding a touch of aromatic bitters for some complexity. In the summer, I often add another quarter ounce of each ingredient and shake it for a lighter, refreshing variation that can be served on the rocks. Try them both.

Swedish punsch can connect its lineage to its base, Batavia arrack (a rum relative) and to the 18th century. Its sweet and spicy flavor profile makes a nice addition to many cocktails. I like to float a small amount on the top of a standard Collins or daiquiri, though you may be as adventurous as you like. The traditional recipe for the Doctor recorded equal parts Swedish punsch and lime juice. That was it. I feel that there is certainly room for improvement there. After sampling a dozen or so variations, and numerous degrees of lime, lemon, and orange juice, I think the recipe above represents a fine evolution of this drink. The higher proof Smith & Cross rum is the perfect pairing here, though any good Jamaican rum will bring the desired flavor profile.