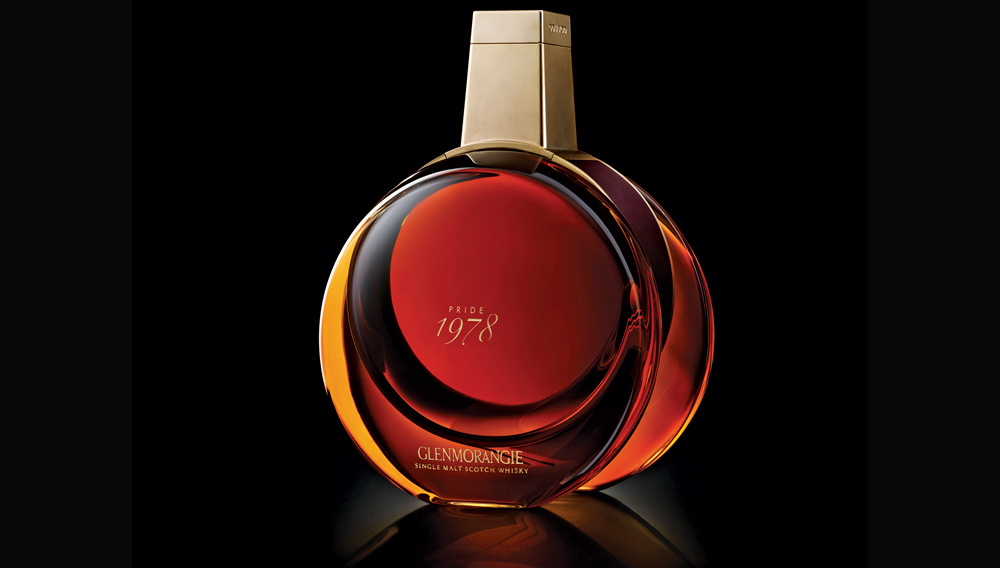 Glenmorangie’s latest limited-edition whisky began to disappear even before its release.

In 1994, Bill Lumsden, the director of distilling, whisky creation, and whisky stocks for Glenmorangie, experimented with further aging already-matured single malts in barrels other than traditional bourbon and sherry casks. The enhanced, complex whiskies that his endeavors have since yielded place this Highland distillery at the forefront of innovation in an industry celebrated for its steadfast traditions.

Yet as singular as these single malts are, Lumsden occasionally comes across a spirit whose exceptional characteristics inspire him to nurture it to become something more extraordinary still. Such was the case with Pride 1981, which was aged in ex-bourbon barrels and finished, in part, in Château d’Yquem Sauternes casks to produce a 29-year-old limited-edition whisky that ultimately became Robb Report’s Best of the Best spirit in 2012.

More recently, Lumsden has released a second single malt worthy of that honor: Pride 1978. This rarity spent its first 19 years aging in first-fill ex-bourbon barrels, which produced, in Lumsden’s words, “a very classic, fleshy, full-bodied Glenmorangie.” Its character convinced him that he should further shape this remarkable whisky.

Lumsden obtained six 2-year-old barriques from one of the three premier Grand Cru vineyards in the Pauillac appellation of Bordeaux. After filling the casks with the 19-year-old Glenmorangie, he allowed them to age for another 15 years, making this whisky’s finishing process the longest to date at Glenmorangie. In fact, he was concerned that the regimen might be too drastic. “Toward the end of its finishing life,” he recalls, “it was imperative that I sample the whisky at least every six months to check that the flavor did not go over the top.”

In 2012, Lumsden felt that Pride 1978 had reached its point of perfection; he did not want to risk drawing any more tannin from the French oak, which might have compromised the whisky’s flavors. Indeed, after 34 years in barrel, this spirit’s only flaw was its scarcity: An undetected leak left only five barriques intact—just enough whisky to fill 700 Laurence Brabant–designed Baccarat 1-liter decanters, 250 of which have been reserved for the United States. With a cask strength of 94.8 proof, the bronze-gold whisky is redolent of honey mingled with hints of curry and mint, as well as an essence of mossy river stones. Unlike the more heavily structured Pride 1981, Pride 1978 begins firmly on the palate but gradually dissolves into delicate harmonies. Housed in an exquisite hardwood case, each sculptural decanter is priced at $5,800 and accompanied by a signed and numbered print by the London artist Idris Khan titled, appropriately enough, Disappearing Casks.