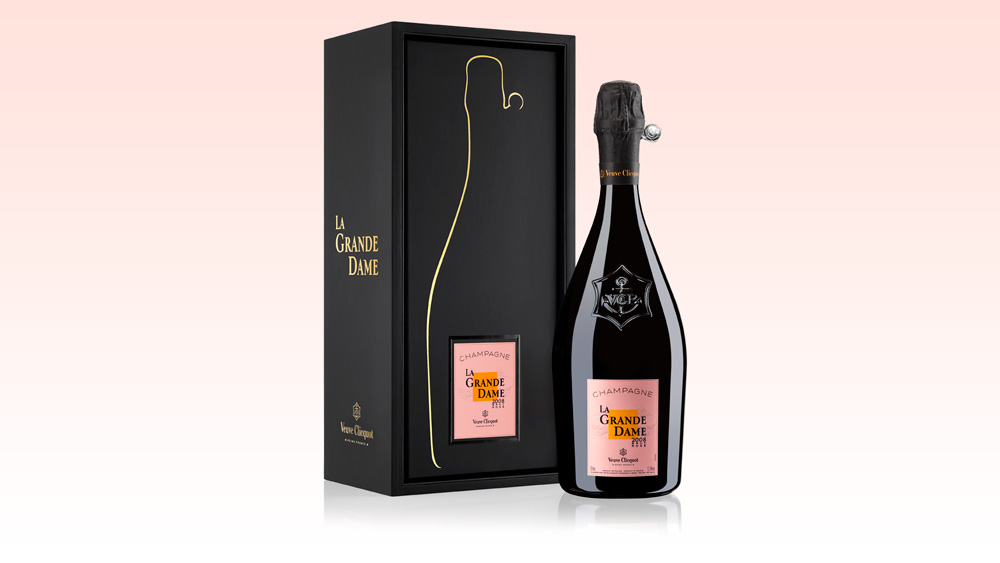 Veuve Clicquot, one of the most recognizable Champagne labels in the world, is altering the recipe of its premium La Grande Dame cuveés—a huge risk in an industry that’s steeped in tradition.

“Pinot Noir dominates in all of our blends already,” says Demarville. “Why not take it to the highest level?”

The result is a winning one, discovered when we were among the first in the country to taste the new Champagne in early April. After nine years aging in bottle, the wine has a fine but fierce bubble. Its silky, creamy texture has depth, with an acidic freshness and a long finish. The rosé version has a coppery pink hue and is equally elegant and fresh. Strawberries and fruit dominate the nose but a beautiful minerality shines through on the palate with a gentle bitterness at the very end, at the bottom of the tongue.

“There are two kind of Pinot Noir used in Champagne,” Demarville says. “Pinot with tension and freshness that is very delicate, or the big, full Pinots.” He envisioned the more elegant and delicate version for La Grande Dame.

The wines are blends of six of eight of the maison’s historical Grand Crus. Fourteen percent of the Pinot Noir grapes used in 2008 La Grande Dame Rosé cuvée come from just one special plot of chalky soil on the estate, the Cos Colin, which produces fruit with refined, smooth tannins and is one of the vineyard’s most iconic parcels. The vines in that plot were replanted in 1991, and it’s located in the middle of a slope, exposed to the south, with a higher ripening percentage compared to other parcels. “We want the concentration of tannins,” explains Demarville. So he picks that hectare a few days later than the rest. “You must be patient to get a higher level of concentration.” The yield is small, but the juice is worthy, creating a truly outstanding rosé Champagne.

This year marks the 200th anniversary of the first rosé sparkling wine Madame Clicquot made using her innovation at the time: the assemblage method, where red wine is mixed in with white. This is now the accepted method of blending rosé wines, but previously winemakers had used elderberries to create a pink wine.

The dosage is just 6 per liter, one of the lightest out there and ideal for this brut expression. Demarville lets at least one year pass between disgorgement of the lees and the release of the wine. “Disgorgement is a shock to the Champagne,” he says. “We want to let it settle again.”

The United States will be the first market in the world to get the new wines; expect to see them on shelves in September.