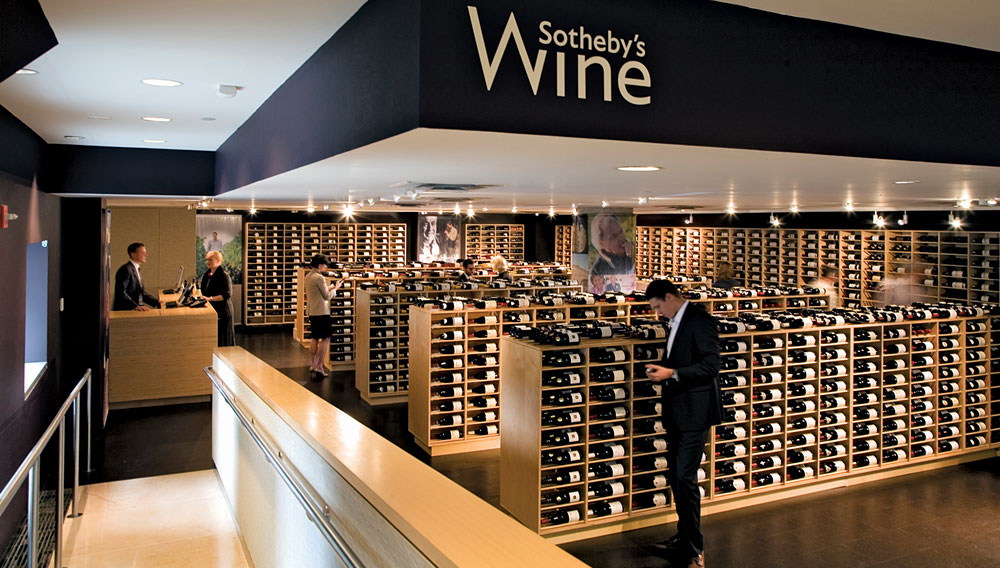 Every oenophile, at one time or another, has purchased and consumed a less-than-stellar bottle of wine—one that perhaps was overrated or poorly produced. Jamie Ritchie, the CEO and president of Sotheby’s American and Asian wine department, decided to address the problem by creating a retail environment devoid of any bad grapes, so to speak. In 2009, Sotheby’s took over the space formerly occupied by Aulden Cellars in New York City and launched Sotheby’s Wine (www.sothebyswine.com), a wholly owned subsidiary of Sotheby’s Inc. “We believe a bottle of wine is made for sharing between two people, and [we] only consider buying wines that we want to drink ‘our half’ of the bottle,” says Ritchie.

The store’s staff has plenty of experience tasting wine for Sotheby’s auction market and brings that knowledge to the retail business. As Ritchie explains, the shop’s inventory consists of about 1,600 high-quality bottles that are typical to a region and offer value for the price (which can range from $13.95 to $40,000 per bottle, though the very top bottles won’t be advertised on the store’s website). The store offers older vintages from the best producers in every region—bottles typically not found in traditional retail establishments—as well as everyday drinking wines. According to Ritchie, a generous portion of the store’s shelf space is dedicated to classic French regions, but other areas of the world are represented. “We have made a preselection for the client, who can then fine-tune their preferences,” he says. “There are no disappointing wines in our retail business.”