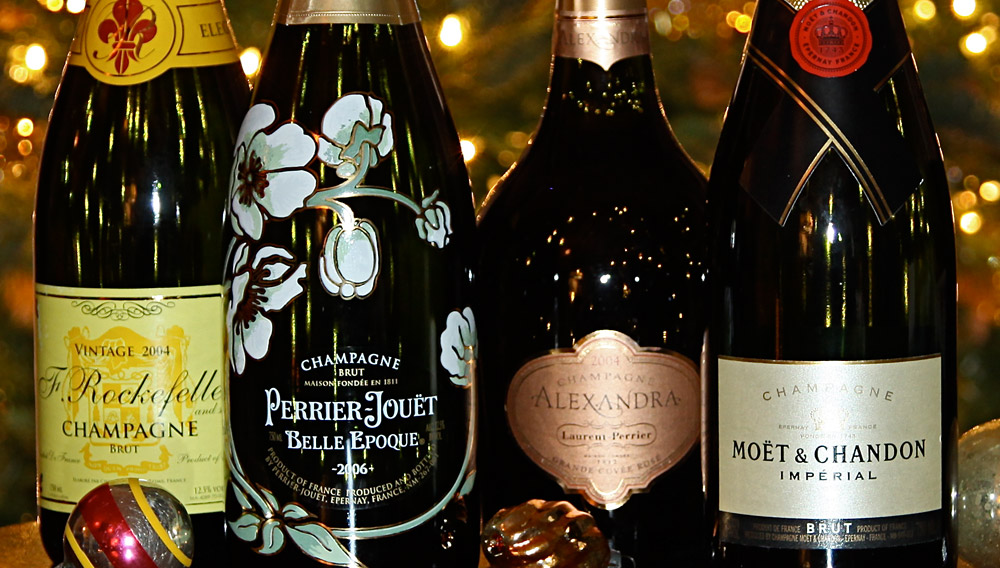 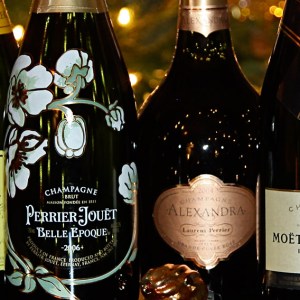 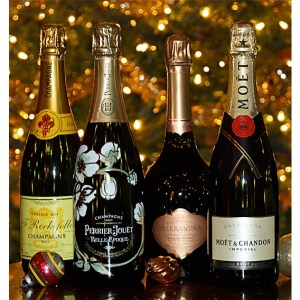 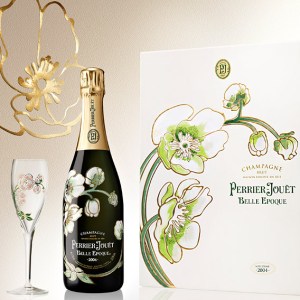 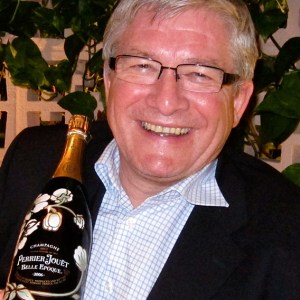 One of the most festive sounds in the world is the pop of a Champagne cork. It signals the start of a celebration, a prelude to laughter, and most of all, the beginning of a new year. And this holiday season is especially notable, as it marks another great vintage year—although not as spectacular as 2012, which experienced a notable decrease in the number of grapes produced in the Champagne region of France, the only area in the world where this bubbly can be made (as opposed to sparkling wine, which can theoretically be made anywhere).

But in a way, the current vintage year is academic (although it is something to keep in mind for future purchases), because we don’t drink Champagne during the year in which it was made; we pour these sparklers years afterwards. That is a good thing, because the selection of newly released vintage Champagnes is among the best, in terms of variety and taste.

Perrier-Jouët, for example, has recently launched its latest top-of-the-line cuvée, the Belle Epoque 2006 Brut Champagne ($140), of which the congenial chef de cave Hervé Deschamps says, “The alcohol, bubbles, and acidity were all in good balance.” While Belle Epoque is only made in vintage years, not every year in Champagne is a vintage one, which explains the two-year hiatus between the last release of Belle Epoque and this newest one. Aged for six years, and traditionally consisting of 50 percent Chardonnay, 45 percent Pinot Noir, and 5 percent Pinot Meunier, this very delicate and creamy Champagne, as Deschamps can attest, goes extremely well with lobster or duck.

Not only a new Champagne but a new Champagne brand this year is F. Rockefeller & Sons 2004 Vintage Brut ($50), composed of 57 percent Chardonnay and 43 percent Pinot Noir. The result is a gentle, yeasty flavor caressed with hazelnuts and a thick stream of bubbles. Reflecting the Rockefellers’ origins in 17th-century French winemaking, the label bears this noted family’s crest.

Fruity and floral rosé Champagnes are often passed over in favor of the drier, crisper bruts, but that does an injustice to these Pinot Noir–focused wines, which can be either delicate or robust and are therefore ideal when served as festive aperitifs or with a light-to-medium first dinner course. One of the perennial greats is the vintage Laurent-Perrier Alexandra Rosé. This cuvée was first conceived in 1987 by Bernard de Nonancourt, the late president chairman of the Laurent-Perrier supervisory board, who wanted to create the house’s first vintage-dated rosé for his elder daughter, Alexandra, on her wedding day. The current Laurent-Perrier 2004 Alexandra Rosé ($350), consisting of 80 percent Pinot Noir and 20 percent Chardonnay, is notable in its candied-fruit overtones with hints of roses and citrus in the finish.

Indeed, 2004 is proving to be a spectacular vintage for both rosés and bruts. Also just out this year is the Moët & Chandon 2004 Grand Vintage Brut ($60) and 2004 Grand Vintage Rosé ($65), both of which are especially significant, as this label has declared only 70 vintages since 1842 (the official start to the Grand Vintage collection). This is the first vintage for which Benoît Gouez, chef de cave for Moët & Chandon, has extended the aging time from six years to seven, in order to achieve more complexity in the taste and finer bubbles in the glass. Moët & Chandon has also announced the release of its 1993 Vintage Brut ($140) as part of the Grand Vintage Collection.

Not to be outdone, Dom Pérignon—in addition to its current crisp, clean Blanc 2004 ($160) and fruit-driven Rosé 2003 ($300)—offers its Œnothèque 1996 ($430), which has been bottle-aged for 15 years, and Œnothèque Rosé 1993, bottle-aged for 20 years ($675). These special reserves were personally selected from the Dom Pérignon cellars by the chef de cave Richard Geoffrey and demonstrate the cellaring potential of many vintage Champagnes.

Although there is a certain cachet to vintage Champagnes, being the product of a single harvest they tend to vary more in taste than non-vintages, which offer the comforting allure of consistency. In this regard, some of the best non-vintages that have the finesse of vintages are Veuve Clicquot Brut Yellow Label ($49), which leans heavily on Pinot Noir, and Moët & Chandon Brut Imperial ($41), a lively and fresh classic that has replaced White Star and that, personifying the very spirit of Champagne itself, looks like a celebration in a bottle no matter what year it happens to be. (www.perrier-jouet.com, www.vintagerockefeller.com, www.laurentperrier.com, www.moet.com, www.domperignon.com, www.veuve-clicquot.com)