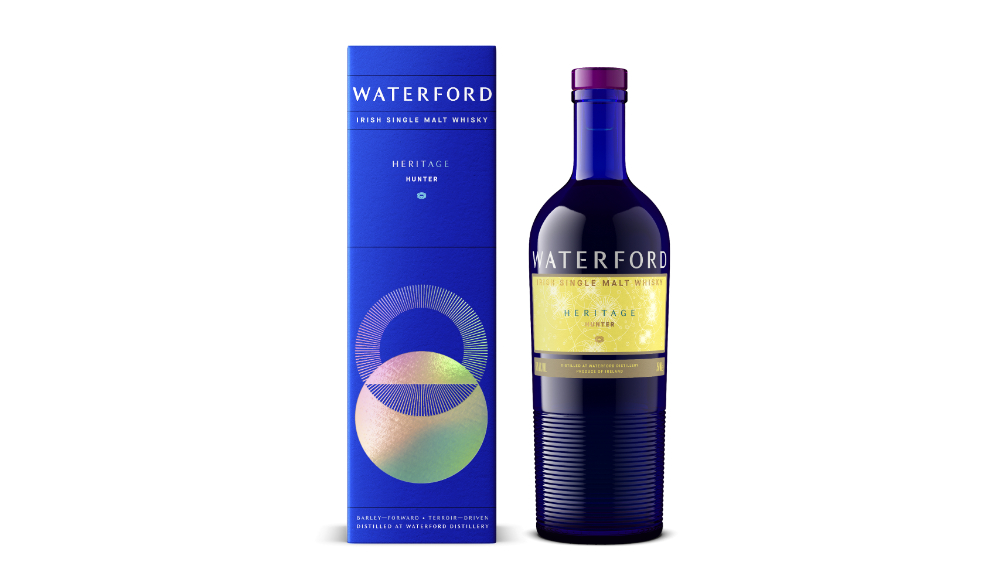 Ireland’s Waterford Whisky is singularly focused on highlighting the concept of terroir in Irish whiskey, creating some interesting expressions along the way. The distillery’s latest release is all about the barley and its effects on flavor, specifically a resurrected variety that hasn’t been used in whiskey production since the ’70s.

The things that give whiskey its flavor can be narrowed down to a few important elements—the type of barrel its aged in, the method of distillation, the water used to proof it and, perhaps most importantly, the type of grains that are used in the mashbill. Waterford pays very close attention to all of these. For example, cask finishing is viewed as a crutch to correct poorly made whiskey; instead, initial maturation in a variety of cask types is the preferred method. When it comes to the barley used to make the distillery’s single malts, Waterford has gone all in on the concept of single farm origin, organic and biodynamic grains. The latest deep whiskey dive comes in the form of the new Heritage: Hunter whiskey, made from a barley variety that dates back to 1959 but has not been used in nearly half a century.

The barley in question is a “rare heritage” variety, according to the brand, and was introduced by plant breeder Dr. Herbert Hunter in the late ’50s. This new whiskey is part of the distillery’s Arcadian Farm Origins series, which is all about agricultural techniques and terroir. Hunter barley is much more expensive than regularly used common varieties of barley, and the seeds were extremely limited—just 50 grams remained in the seed bank of the Irish Department of Agriculture, Food & the Marine. Over the course of four years, this small amount was planted and turned into ten acres of barley at partner Minch Malt, enough for an initial run of 50 barrels of whiskey that were distilled in 2019. That equals 10,000 bottles of Heritage: Hunter (just 1,000 available here in the US), with the whiskey matured in a combination of casks: 45 percent first-fill American oak, 19 percent virgin American oak, 21 percent premium French oak and 15 percent Vin Doux Naturel wine casks.

“Malt whisky gets its flavor, its complexity, from barley,” said founder and CEO Mark Reynier in a statement. “Over time, this inherent flavor has been compromised as distilleries prioritized yield. However, because Waterford Whisky is agricultural produce and not a manufactured product, we took the step to resurrect iconic yet forgotten barley varieties. In doing so, we have been able to uncover remarkable insight into what whisky would have tasted like decades ago.”

We got an early first taste of the whiskey, and as always is the case with Waterford the palate is as interesting as the concept behind it. The whiskey is a pale gold color, and there are big notes of butterscotch, apple and a strong but pleasant earthiness on what is a truly unique nose. The palate continues that story, with prominent notes of spice and some heat from the 50 percent ABV, along with dried fruits, baked apple, grapefruit, orange and more of that earthiness mixed with grass and hay flavors. There’s almost an agave character to this whiskey in a weird way, although obviously that was not part of the recipe.

Heritage: Hunter is not some easy-drinking sipping whiskey that you might bring to a party to enjoy with friends, nor does that seem to be the intention here. That’s not to say that this whiskey is so cerebral that it can’t be enjoyed by anyone no matter your level of experience—on the contrary, because that notion is old and dusty. The point of Waterford seems to be to split the difference between outright experimentation and boundary pushing, and creating something that is truly enjoyable to sip. Sometimes these young whiskeys tilt towards the former, but they are always worth tasting for anyone who loves whiskey. Such is the case with Heritage: Hunter.