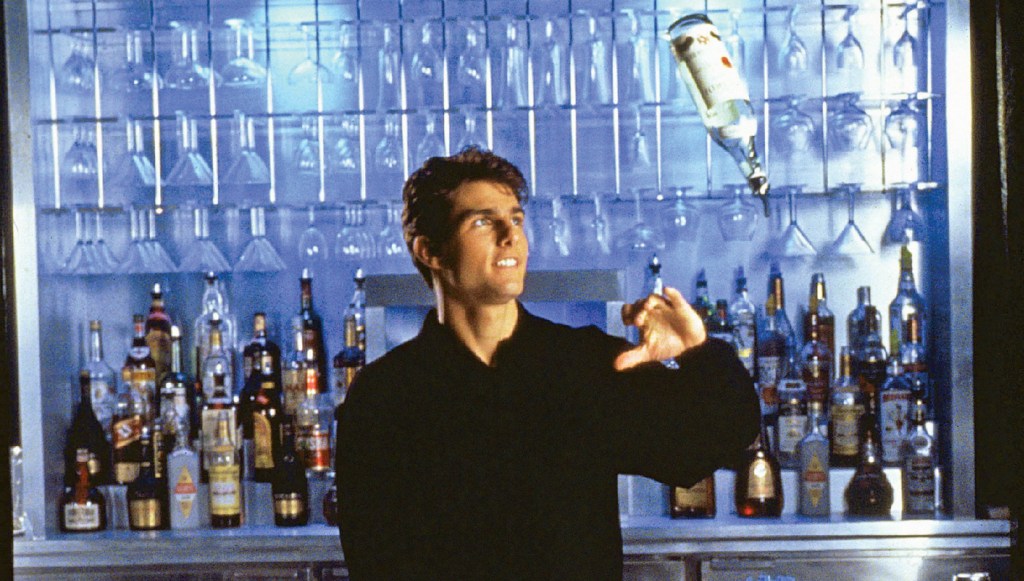 Straddling the chasm between the Dark Ages of the cocktail and the renaissance to come, maverick writer Dan Dunn makes a leap toward the light, Negroni in hand.

Sixteen years ago, a magazine editor offered me a rather unusual assignment—trek to Turin in northern Italy to report on an event called the flair bartending competition at the Martini Grand Prix. The lost art of flair bartending, you may recall, was immortalized in Cocktail, the 1988 film starring Tom Cruise as a smirking, diminutive, TGI Friday’s–grade bartender named Brian Flanagan who, over the course of a near-unwatchable 103 minutes, discovers he can attract beautiful women if he doesn’t just pour their drinks, but juggles them first.

The competition, the editor assured me, would be “like Cocktail on steroids,” which I took to mean like Top Gun only with flying bottles instead of planes. The whole thing sounded so ridiculous that I had no choice but to accept the assignment. Before you could say, “I make drinks so sweet and snazzy, the Iced Tea, the Kamikaze,” I was off to Turin, where the top spirits tossers in the world put on a dazzling display of flipping, flinging, and flaming.

I learned so much (too much?) about flair bartending that week. First and foremost, it is clearly an activity best left to professionals. You know the old saying, don’t try this at home? Well, seriously, don’t. There are heavy, breakable objects involved. And fire. And flammable liquids. And why bother with stunts anyway when, as I also discovered on that trip, there are far less risky, more civilized ways to impress with cocktails?

One of the judges at the competition was Dale DeGroff, a James Beard Foundation Award winner and founder of the Museum of the American Cocktail. Back when the fictional Flanagan was waxing poetic on the silver screen about “Sex on the Beach” and “schnapps made from peach,” over at New York City’s Rainbow Room, the very-much-real-life DeGroff was orchestrating a renaissance.

In Turin, DeGroff introduced me to a wealth of libational pleasures, opening my eyes to the beauty of well-made classic cocktails. At his urging, I tried my first Negroni at Caffe Torino. And my second. And third. They were a revelation. Three basic ingredients—gin, sweet vermouth, and Campari—that when stirred as one make for a most delectable aperitivo. And remember that the orange twist garnish is a sacred and essential component of this cocktail. If you are tempted by lemons, resist!

Like many people at the turn of the century, my idea of a sophisticated drink was a Fuzzy Navel with a twist. What has come to be known as the craft cocktail “revolution” was just starting to slather on the mustache wax. DeGroff regaled me with tales of the bar industry’s Dark Ages, and how Cocktail motivated him to try and rescue the world’s taprooms from the skinny-tie-wearing hordes depicted in the movie.

“You should write about that when you get home,” he said, pointing to an impeccably made Blood and Sand, a drink named after a 1922 bullfighting film starring Rudolph Valentino. One of the few Scotch-based libations you can turn to for refreshment on a hot summer’s day, the Blood and Sand first appeared in Harry Craddock’s The Savoy Cocktail Book in 1930.

I took DeGroff’s advice, and before long I had business cards that read “Cocktail and Spirits Writer.” Believe me, it’s a job nobody mentioned on Career Day back in high school. That classic cocktail rebirth he predicted indeed came to pass, and I wound up with a vocation that is alternately wonderful, brutal, glamorous, dangerous, and the best excuse for pretty much any debauched behavior you can think of.

For that, hangovers notwithstanding, I’m eternally grateful. To the editor who sent me to Turin, to the great Dale DeGroff and the Martini Grand Prix, and to whoever it was who made me those tantalizing Negronis at Caffe Torino—to paraphrase a famed barman poet—you completed me.