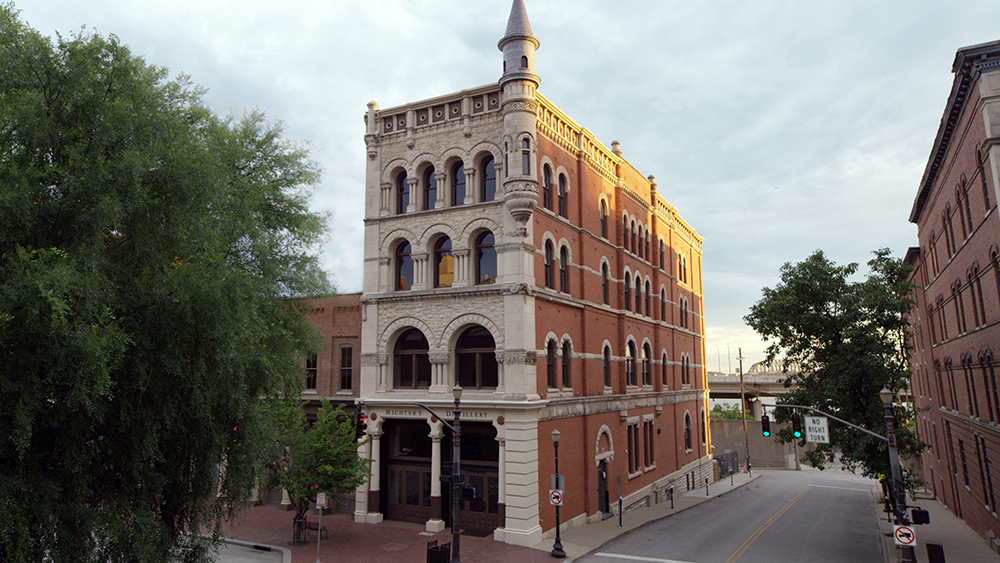 “This is pretty great, huh?” beams Michter’s president Joe Magliocco, as we tour the recently restored 130 year-old landmark building that is home to Michter’s newest facility, located in the heart of Louisville, Kentucky. The man’s enthusiasm is warranted, for the Fort Nelson Distillery is pretty great indeed, and Magliocco and his team had to practically move mountains (of steel) to get it done.

Built in 1890 across the street from what is now the Louisville Slugger Museum & Factory, the Fort Nelson Building was long one of Louisville’s most impressive architectural achievements, built of cast iron and stone, with Romanesque windows and a dramatic corner turret that stood watch over the city on the banks of the Ohio River.

Michter’s acquired the property in 2011 with designs on opening the first distillery in Louisville’s downtown core since Prohibition. Magliocco figured construction would take two years at most, but fate had other ideas. The building had been abandoned for decades and after structural engineers finished poking around, they determined it was on the verge of collapse. Saving it cost millions of dollars and required eight years of intense labor and the installation of 400,000 pounds of structural steel. When Michter’s Fort Nelson finally opened to the public on February 2 of this year, it had plenty of company near its Main Street location — eight distilleries within a two-mile stretch, to be precise, including Angel’s Envy, Old Forester and Kentucky Peerless. Make no mistake, the bourbon boom in downtown Louisville is real.

Whiskey production at Fort Nelson is conducted on an old pot still and cypress wood fermenter system, both built in 1976 and brought in from Michter’s former operation in Pennsylvania. That distillery was originally called Shenk’s and dates back to 1753, making it one of the first—if not the first (such things are always open to debate)—distilleries in the colonial America. A tasting room, where tours end with drams from Michter’s portfolio of bourbon, rye, and American whiskey, flanks the production facility.

Michter’s Fort Nelson Distillery is the newest member of the Kentucky Bourbon Trail, and is down the block from the Trail’s official starting point, the Frazier History Museum.