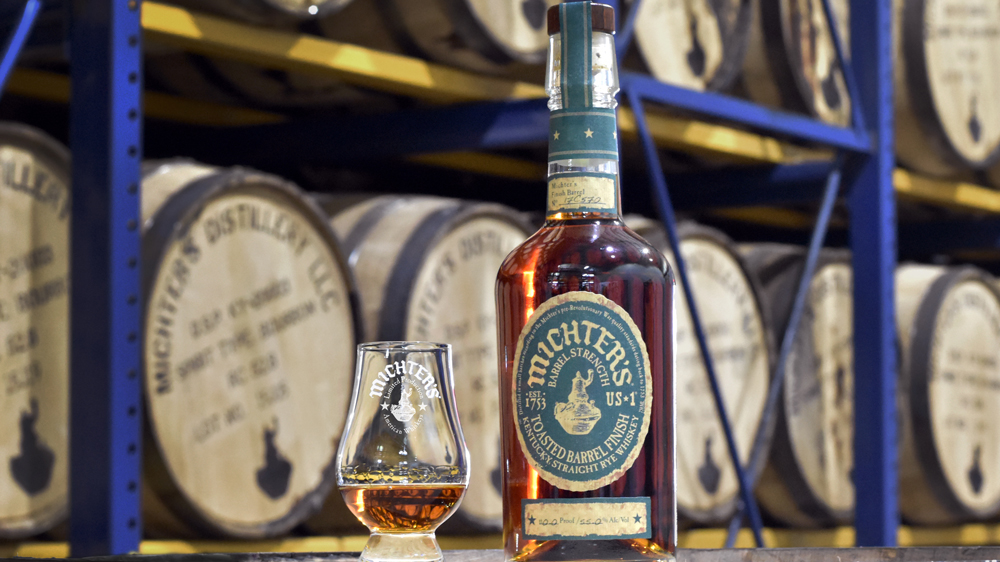 It’s generally accepted that around 60 percent of a whiskey’s flavor—the sweet vanilla, the vibrant fruit, the peppery spice—comes from the barrel in which it’s aged. The interaction between the wood, the spirit, and the air produce chemical compounds that can create something sublime . . . or, if left to age too long, become an over-oaked mess. So when a distillery starts tinkering with the wood that’s used to age its whiskey, it’s often a gamble—though sometimes a carefully calculated one.

Michter’s, the Kentucky-based producer known for its big, bold bourbons and ryes, decided to tweak the usual barrel-aging process for its US*1 Barrel Strength Rye by finishing it in a new oak barrel that had been air-dried for 24 months and then toasted but not charred. It’s a highly uncommon way to finish a whiskey; “double matured” normally refers to a whiskey finished in barrels that have previously held some other kind of booze, like sherry, port, or Cognac, to name a few.

The double-new barrel-aging scheme worked well with Michter’s delicious Toasted Barrel Finish Bourbon, which was introduced last year. But rye is a different animal with a very different flavor profile. Fortunately, Michter’s US*1 Toasted Barrel Finish Rye ($75) is also a bet that paid out. Bottled at barrel strength—about 110 proof in this case—it comes on strong with allspice, cinnamon, vanilla, and, surprisingly, a hint of Maraschino cherries. Its mouth-tingling spice is tempered by a splash of water. More dark fruit presents on the finish, along with oak and hints of leather and smoke. It’s sweeter and fruitier than your average rye, making for a nice change of pace. It’s also a limited edition—though Michter’s plans to issue new bottlings periodically—so the time to grab it is nigh.